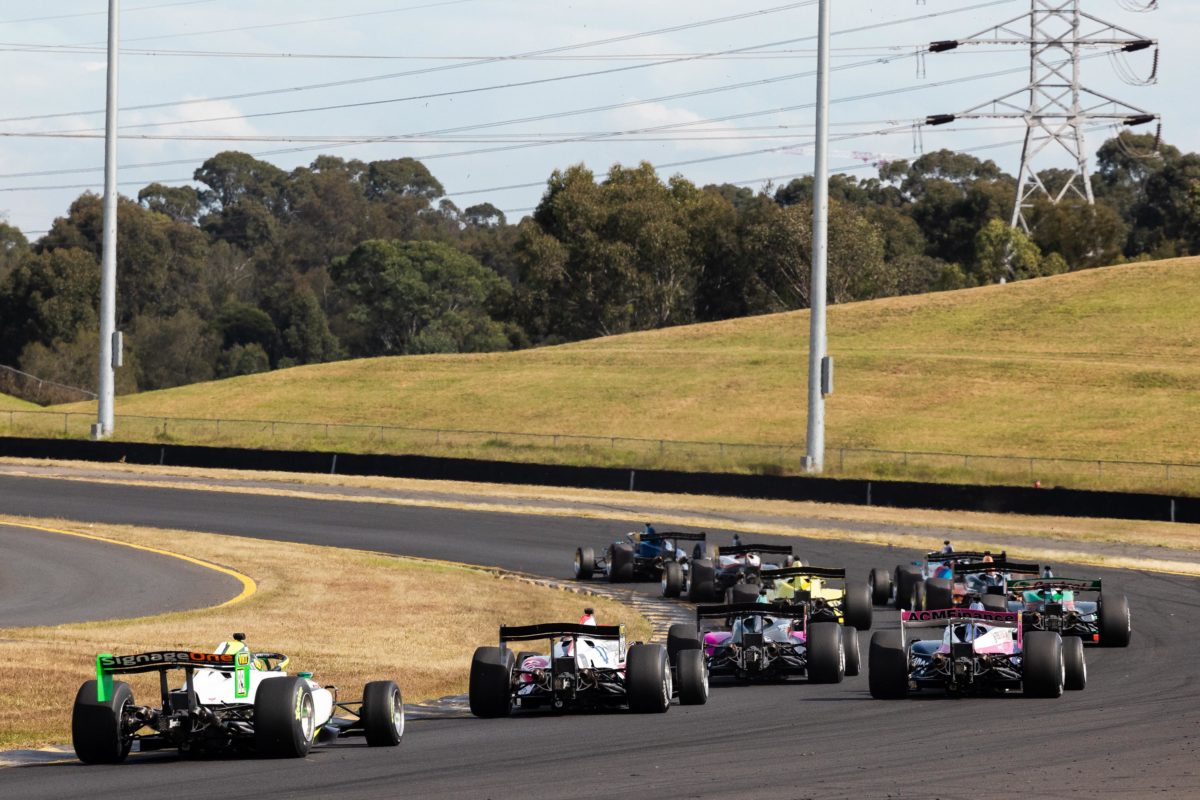 A 12-car entry list has been released for Round 1 of the Shannons S5000 Tasman Series, which unfolds this weekend at Sydney Motorsport Park.

The series kicks off with three races at Supercars’ Beaurepaires Sydney SuperNight, and concludes with another four at the Repco Bathurst 1000 later this month and into December.

A total of six squads will field cars, including three out of Team BRM and four from Team Valvoline Garry Rogers Motorsport.

The latter won the Australian Drivers’ Championship in the inaugural competitive season of S5000 and will carry the #1 plate on his car, as well as backing from Alabar and Form 700.

Two-time Australian Drivers’ Champion Tim Macrow himself will steer the sole Tim Macrow Racing entry, and AGI Sport returns to the grid with Luis Leeds behind the wheel.

AGI had run multiple cars in the non-championship events of 2019, a period during which it won the Feature Race at The Bend courtesy of John Martin.

Volante Rosso Racing will not compete in the Tasman Series given driver Josh Hunt is unable to travel from Queensland to New South Wales while border restrictions remain in place.

However, it will be involved in tonight’s official test session at SMP, with a yet to be announced driver.

Two practice sessions and Qualifying will be held tomorrow when the Supercars event kicks off, with the first two of three races for the weekend on the Saturday.