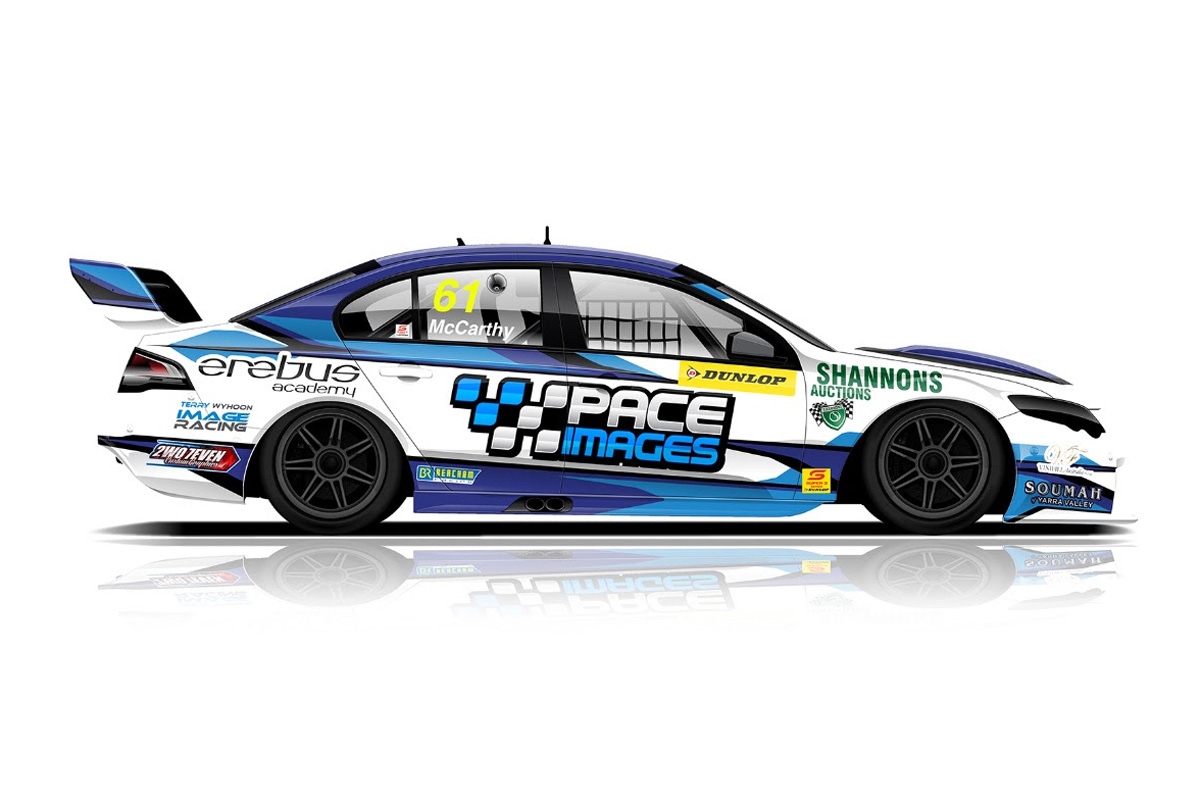 A member of the Erebus Academy, McCarthy will have Pace Images onboard as naming rights partner at the Beaurepaires Sydney SuperNight.

“I’ve had the pleasure of watching Reef grow as a driver from the junior classes of karting through to Formula Vee and now Super3,” Roehlen said.

“He’s always taken each new challenge in his stride with great respect for his competitors and puts a huge amount of passion, energy and preparation into his campaign.

“I am looking forward to seeing Reef continue to climb the ranks of Australian motorsport.”

The 17-year-old’s Falcon will also show the names of 89 fans and businesses who have raised money towards his campaign.

McCarthy enters the penultimate round of the season sitting second in the standings, 42 points behind Nash Morris, who also will have a new livery at SMP.

“I’m really looking forward to my first visit to Sydney Motorsport Park, it’s a track I’ve always wanted to race at,” he said.

“It’s definitely a track that looks quite technical, the fast sweeping corners have always caught my eye when I’ve watched it on TV.

“We had a great shakedown of the Image Racing FG Falcon at Winton a few weeks ago and the car felt really strong, it was awesome to drive.

“I can’t wait to learn a new track, I know I have a really competitive car so hopefully I get up to speed quickly and get some good results.”

All up, there will be 31 cars on the combined Super2/Super3 grid this weekend.

Among them will be Shell V-Power Racing Team co-driver Tony D’Alberto, who is filling in at Eggleston Motorsport in what will be his first Super2 event since winning the second-tier title in 2007.