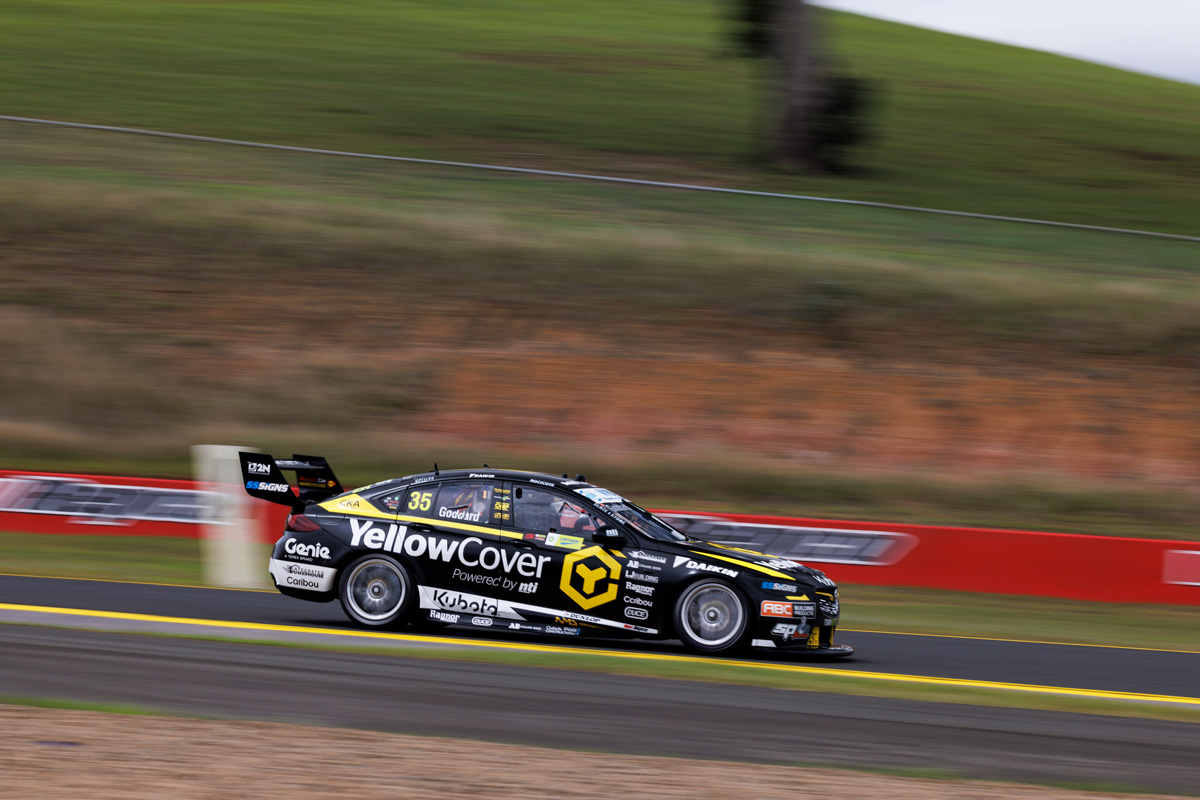 There’s been relief at Matt Stone Racing after finally making some inroads into their woes at Sydney Motorsport Park.

Zane Goddard led the way for the Yatala squad last weekend, taking results of eighth, 11th and 17th across the three 125km races.

That marked a big step forward for a team which had just one top 15 result from either of its cars during the previous six races at SMP in the fortnight prior.

“It was definitely a big turnaround,” Goddard told Speedcafe.com, reserving praise for the strategies implemented by engineer Jack Bellotti.

“The car is definitely going in the direction that we wanted… it was good.

“Obviously the first two weekends were quite difficult for the whole team. I feel like we definitely improved in leaps and bounds and not just one-lap speed, it was race distance as well.

“All three races we had pretty good results even though in the last one we had really, really bad tyres.

“So I’m really pleased, just all round took a massive step forward.

“Obviously we’re going to hard tyres this weekend so that could change some stuff up, but I think a fast race car is going to be fast on either [compound].”

MSR completed hard tyre running at the Eastern Creek venue yesterday as part of a test in which 14 Supercars took part. Dunlop’s super soft compound will also be in play this coming weekend, although pre-event testing on that tyre was prohibited.

The super soft made its debut at Darwin back in June, where Goddard’s team-mate Jake Kostecki recorded a career-best fifth place finish. It’s been a tough run at SMP for the Tickford Racing-bound youngster, whose best result last weekend was 16th in the event finale.

That came after an early race tangle, the #34 driver fighting back to outdrag Goddard to the finish line by a mere 0.0007s.

“When I first came out of the car, I actually thought Zane beat me over the line and then I looked at the timing board and I had him,” Kostecki told Speedcafe.com.

“Zane had two first strong races and then my last one was meant to be my strong race, leaving my tyres until the last one, but then got spun out by [Tim] Slade so that wrecked my race really.

“I had to catch back up and then drag race Zane over the line, which was pretty funny.”

Of the dip in form experienced at SMP, Kostecki added: “Unfortunately all of the Sydneys are a third of the championship throughout the year.

“We all knew that Sydney was going to be tough for us as a team, our cars just don’t really suit this track especially with the long corners and different surface changes.

“So it was always going to be tough, and the first couple of rounds were tough.

“We have slowly been making little improvements but so is everyone else. It’s just real hard to get the car in the window but we had a test day yesterday, so hopefully we learn a little bit more and can be a bit stronger for next weekend.”

The Beaurepaires Sydney SuperNight this weekend will comprise of two 250km races and represents the penultimate round of the 2021 season.