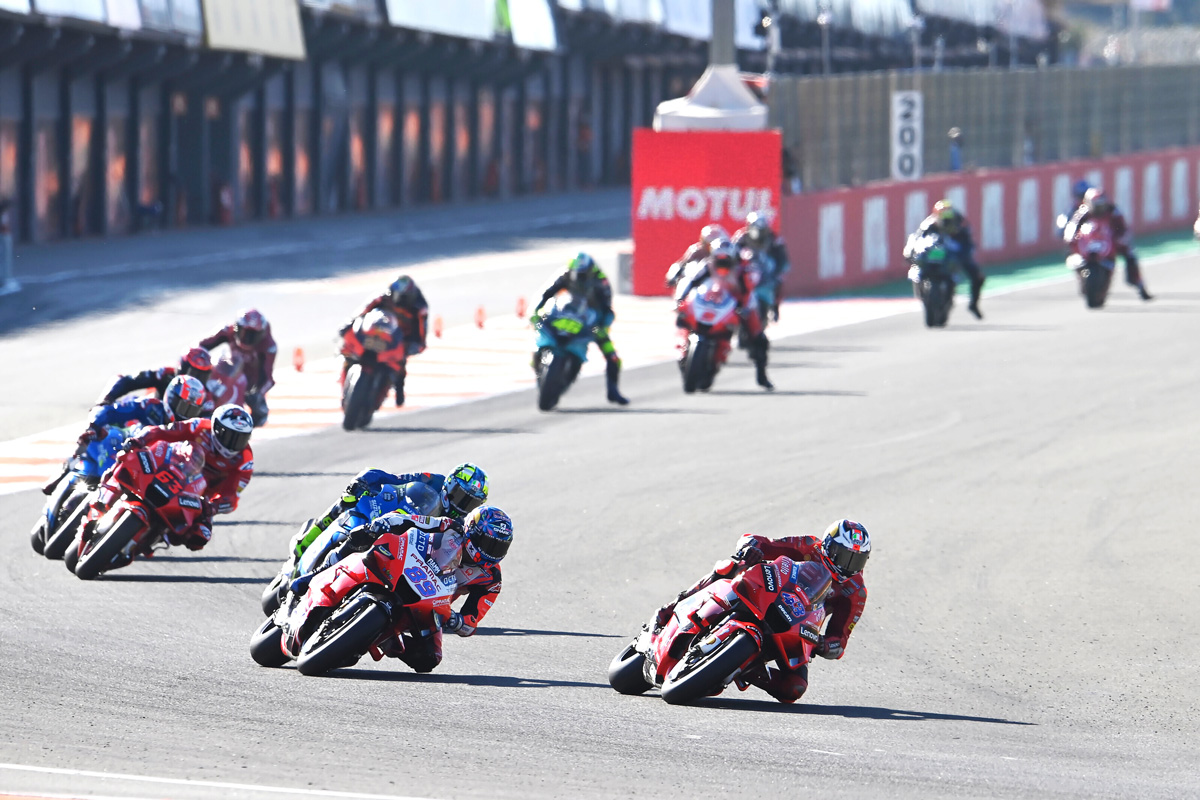 MotoGP has published its complete 24-strong entry list for the 2022 world championship season.

While there is mass stability in many of the leading two-wheel teams, five rookies will join the field next year.

Moto2 champion Remy Gardner and runner-up Raul Fernandez will keep their respective race numbers, #87 and #25, for their promotion to Tech3 KTM Factory Racing.

Elsewhere, Darryn Binder will step up straight from Moto3 to effectively replace Valentino Rossi at the revamped RNF MotoGP Team (previously the Sepang Racing Team); Fabio Di Giannantonio is in at Gresini Racing; and Marco Bezzecchi at VR46.

The latter is Rossi’s own team, which notably was listed without a title partner as the saga around the status of Aramco’s potential sponsorship continues.

Gresini Racing meanwhile has become an Independent Team powered by Ducati, with Aprilia Racing moving to a full factory operation.

Most details about the 2022 grid had been known for some time now, with confirmation released on the eve of the post-season test at Jerez on November 18-19 (local time).

Missing from action when the 2022 MotoGP season kicks off at Qatar in early March will be the retired Rossi, and former Tech3 riders Danilo Petrucci and Iker Lecuona.