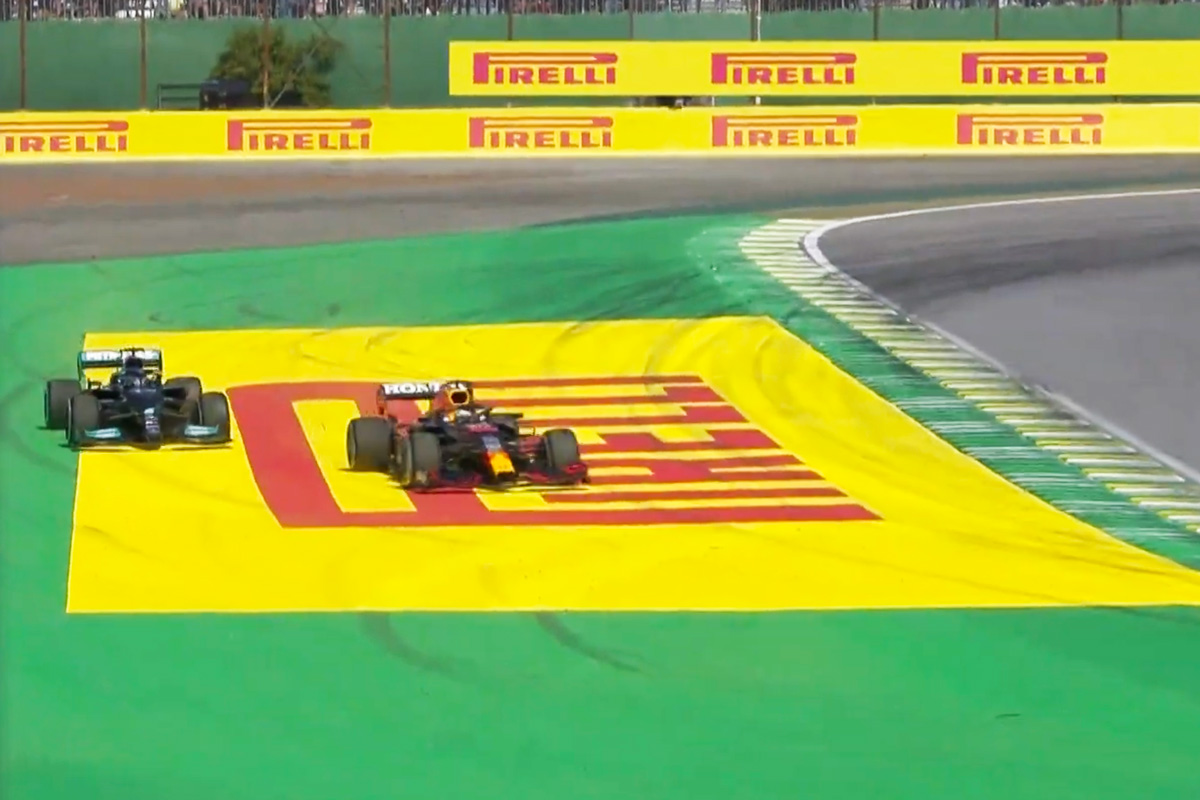 Mercedes has confirmed it has exercised its right of review following an incident midway through last weekend’s Formula 1 Sao Paulo Grand Prix.

Max Verstappen and Lewis Hamilton both left the road at Turn 4 while the former worked to fend off an attack from his title rival in a battle for the lead of the race.

At the time, the incident was noted by officials who elected not to investigate.

Replays showed Verstappen braking deeply into the left-hander, his car seemingly straightening as though the steering had been opened.

However, the broadcast did not show vision of the Red Bull driver’s hands, thereby withholding context that could have demonstrated an oversteer moment to explain the car behaviour.

The incident prompted an enquiry to FIA race director Michael Masi, which ultimately came to nothing.

Hamilton did eventually find his way past to win the race, after which team boss Toto Wolff claimed the weekend had brought an end to diplomacy from his team.

Following qualifying, the rear wing on Hamilton’s W12 was found to exceed the allowable 85mm opening by 0.2mm on the right-hand side, for which he was excluded from the session.

That saw him start Sprint Qualifying from last, storming through to fifth in the 24-lap encounter, a result which became 10th for Sunday’s race once a penalty for a new internal combustion engine was applied.

Following the race, Hamilton was fined for removing his seat belt on the in lap, the bulk of which was suspended.

By exercising its right of review, Mercedes must present new evidence to officials that was not available at the time of the original incident.

It is then up to the stewards to decide whether that warrants the incident being re-evaluated, let alone a penalty being considered or applied.