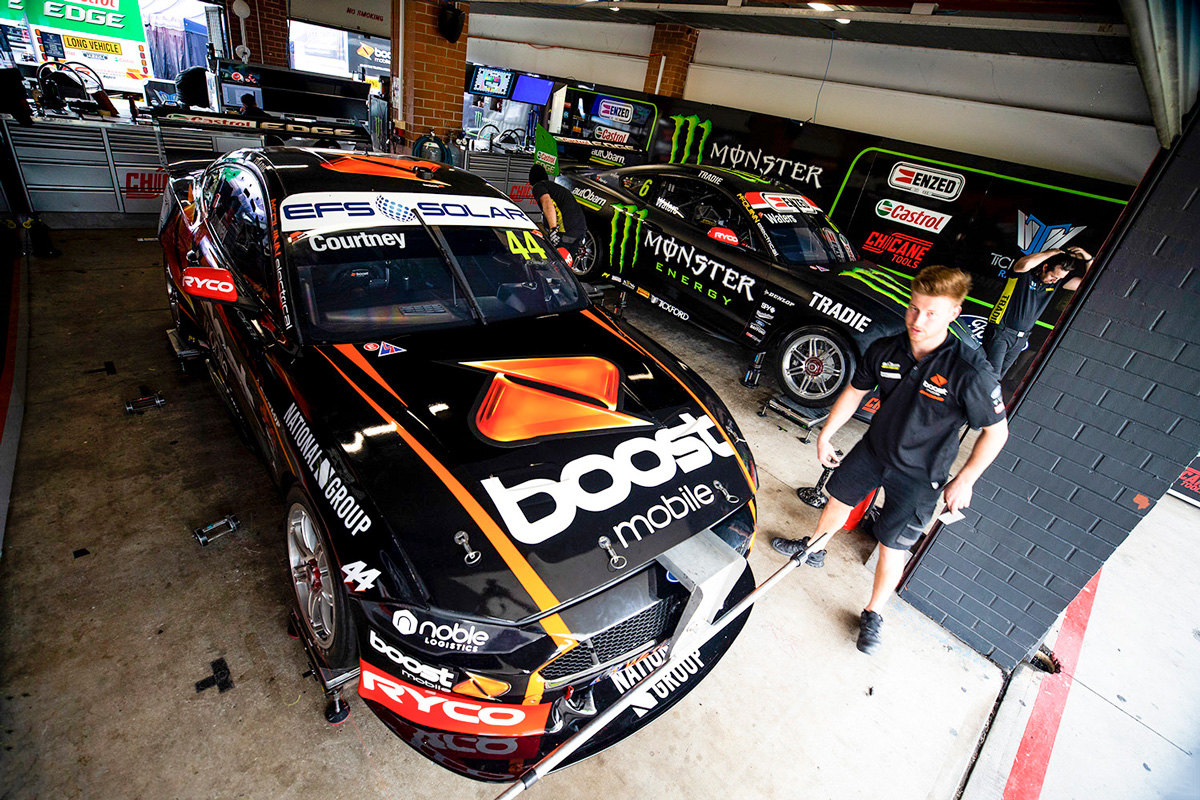 It’s an exciting time at Tickford Racing as it looks to scale up its operation to four cars in 2022 and gets ready for the introduction of Gen3 the following year.

A key part of that growth is bringing on new staff, with the championship-winning organisation on the hunt for two new mechanics to join its ranks.

“The main reason why I’ve gone through this avenue to advertise is because I want that motorsport experience and background,” explained Matthew Roberts, team manager for Tickford Racing.

“Obviously, we’re expanding back to four cars and it’s important to get experienced guys.

“The number one role is solely responsible for car preparation to what the engineers set out in their set-up sheet,” he added.

“So, it’s up to the mechanic to ensure the set-up’s correct, and everything’s reliably correct.

“There’s a fair amount of responsibility and onus on the number one role – they’ve got to give direction to the number two, who should be the lesser of the experienced of the two.

“So they’ve got to give the number two guidance and make sure they meet the type guidelines and adhere to all protocols.”

One of the leading Supercars organisations, there’s plenty to keep the team at Tickford busy.

Alongside maintaining and preparing its expanding fleet of Ford Mustangs, there will be the added workload of gearing up for the switch to Gen3.

It promises to be a watershed moment for the sport, and a unique opportunity for those within it to be involved with the genesis of the new format.

“The excitement around the Gen3 coming onboard, it’s always fun when you get to explore new projects and build brand new chassis and cars.

“We’re going to have a raft of changes throughout the sport.

“It’s really it’s going to be a milestone in the industry in itself because [there are] lots of new and exciting projects on the way, lots of testing, and different aspects of the car to learn about.

“It’s going to be pretty entertaining, I think.”

Key for the successful applicants is the ability not only to learn and adapt on the job, but to fit in with the existing staff.

While the team works hard, within the close-knit ranks is a positive spirit with high morale. For Roberts, maintaining that atmosphere is important.

“You’ve just got to be fit and willing and able to learn our procedures and protocols and stuff,” Roberts said of the successful candidate.

“There will be a learning curve, teams do operate differently.

“We all have got one goal and at the moment a good bunch of guys are all pulling in the same direction so that’s important.

“There’s no egos, you know, we’re all on the same level playing field.

“We’ve got a good morale base and good bunch of guys to work with, and good camaraderie.

“Everyone pushes for the same goal: we all want to win races and championships, but at the same time it’s important that the guys have fun along the way and enjoy the journey.”

CLICK HERE to apply at Tickford Racing as number one mechanic.