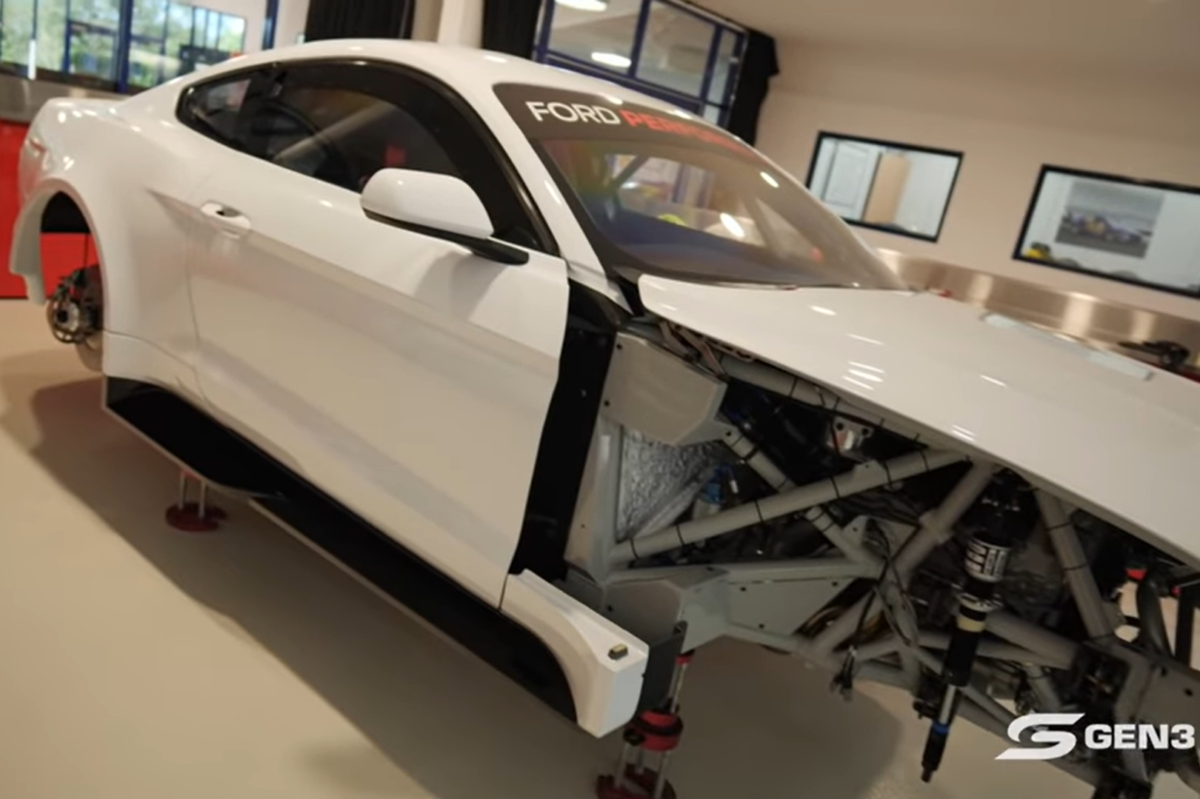 One of the few shots of the Gen3 Mustang which has been publicly released. Picture: Supercars

The next-generation Ford racer hit the track for the first time last week in the hands of Alex Davison, a co-driver at the Shell V-Power Racing Team which is homologating the car, ahead of its debut in competition in 2023.

While Supercars has been keen to publicise certain elements of the Gen3 development process, little is known about the inaugural outing which took place at Queensland Raceway.

Such has been the secrecy, the only imagery which has been publicly released of the Mustang so far is some discrete video footage, and even then, the prototype was missing key aerodynamic pieces such as its rear wing and front bar.

Edwards, the boss of one of two teams which will have campaigned Fords for the entirety of the Gen2 era when it ends next year, likes what he sees of the finished Gen3 product.

“I think it looks f**ken awesome,” he told Speedcafe.com.

“Obviously I was privy to renders of it beforehand, and now I’ve seen the finished thing and I think it looks bloody great.

The Gen2 Mustang polarised opinion when it broke cover as part of a shakedown at Queensland Raceway in November 2018.

While the size of the rear wing endplates was unusual for the time, much of the criticism which went the car’s way was aimed at its distorted shape relative to that of the roadgoing version, particularly the bulbous cabin.

Those dimensions are a legacy of the category being sedan-based until relatively recently, whereas Gen3 has been designed as a coupe platform from the beginning.

Renders of the Gen3 Mustang were first released just over 12 months ago, to much acclaim, and Edwards says the real-life car is faithful to them. 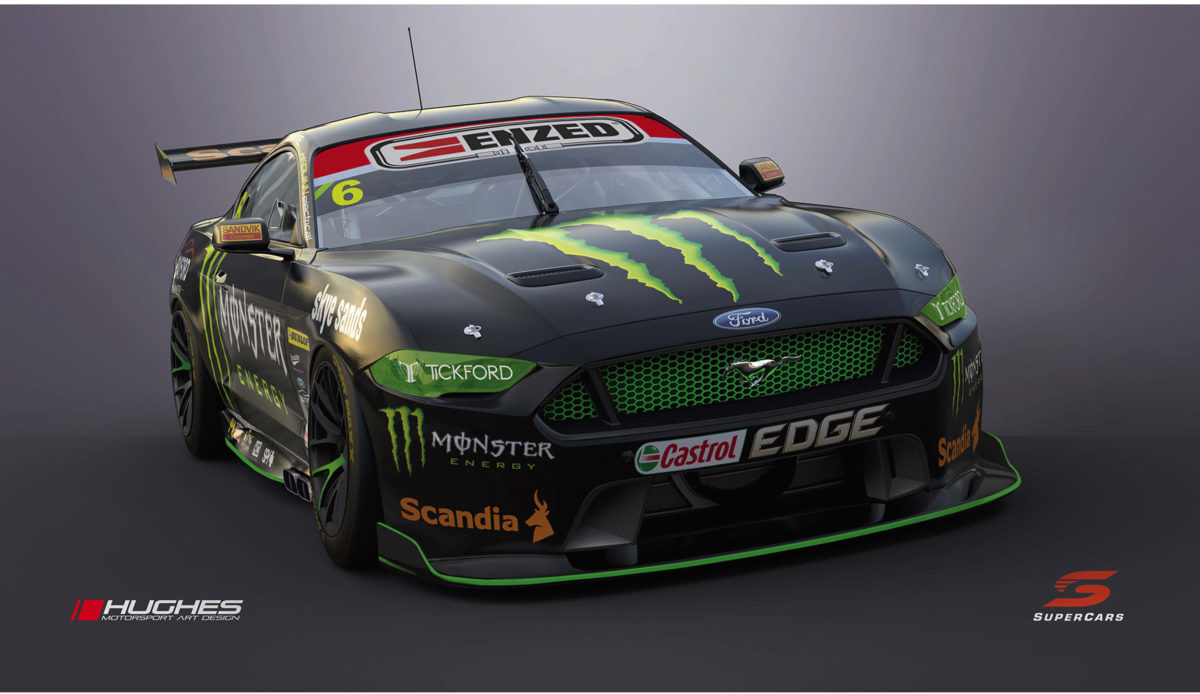 A render of the Gen3 Mustang, as released in October 2020, in a Tickford Racing livery of the day

“That’s what I’ve been explaining all along,” he said.

“People ask, ‘What’s it look like?’ and my answer’s been, ‘Whenever someone does an artist’s impression of a car, they’re always more squat, more pumped, and they look tough, and then you see them in real life and they don’t quite look as tough, but this looks like the renders.’

“That’s my interpretation of it, so if it races as well as it looks, it’s going to be great.”

Being part of the Blue Oval brigade, however, means Edwards has not had a proper look at the Mustang’s on-track rival, the Chevrolet Camaro, which is being homologated by Triple Eight Race Engineering.

“They’re on the other side of the ledger so I have to wait like everybody else,” he explained.

“Both sides have sort of kept that to themselves.

“So, I’ve seen as much as everybody else of the Camaro, which is the couple of shots that we’ve all seen where it’s got the doors on it and you can see the windows, and that they’re quite small.”

As for the Mustang shakedown, it was very much that, with nothing to be gleaned in the way of lap times.

“The running they were doing was more systems checking, not performance testing,” Edwards noted.

“I wouldn’t even want to see the data because it’s totally meaningless. My curiosity in talking to them is ‘How did it go?’ so I’ve had that download from them.

“But it’s great to see it finished and running, so that’s the first tick.”