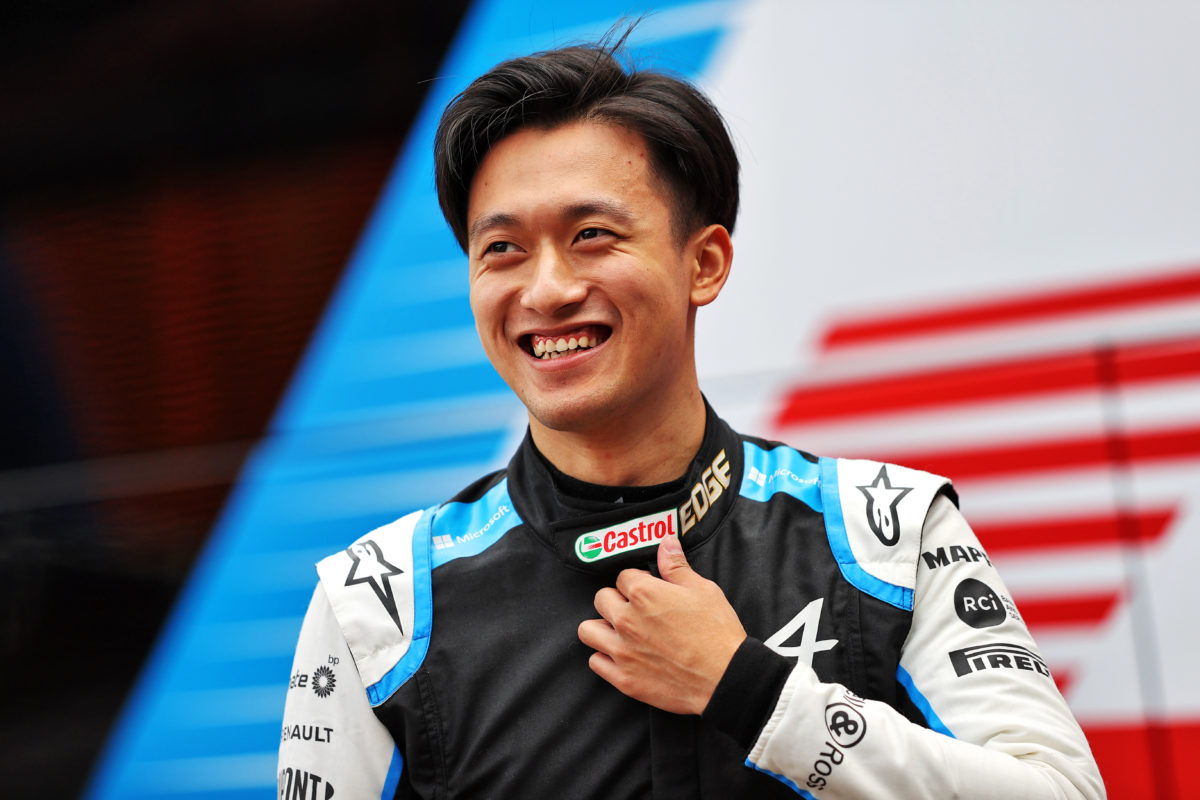 The 2022 Formula 1 grid is now complete with confirmation that Guanyu Zhou will join Alfa Romeo Sauber.

The Chinese driver has long been linked with the last available seat, the rookie to slot in alongside Valtteri Bottas.

It makes for an all-new pairing for the Hinwil-based operation which has sported Kimi Raikkonen and Antonio Giovinazzi for the past three seasons.

“I dreamt from a young age of climbing as high as I can in a sport that I am passionate about and now the dream has come true,” Zhou said of the announcement.

“It is a privilege for me to start my Formula 1 racing career with an iconic team, a team that has introduced so much young talent into Formula 1 in the past.

“Now the dream is reality.”

“He is a very talented driver, as his results in F2 have shown, and we are looking forward to helping his talent flourish even more in Formula 1.

“We are proud of our line-up for 2022 and we are confident Zhou will form a very successful partnership with Valtteri.”

The announcement means the end of the road for Giovinazzi, who has been linked with a move into Formula E for next season.

“Saying goodbye to a driver is never easy, especially so in the case of Antonio, who has been part of the team for so long,” said Vasseur.

“As we part ways, we will cherish the memories of the good times and learn lessons from the bad ones, knowing these moments all made us grow together as a team.

“We wish Antonio the best for his future after the 2021 season: before then, we still have three races to achieve some good results together and finish the year strongly.”

Zhou steps up from the FIA Formula 2 Championship, a competition in which he currently trails fellow Alpine Academy member Oscar Piastri at the top of the points standings.

The Australian was earlier today confirmed as the French manufacturer’s reserve driver for next year, having been a longshot for the drive at Alfa Romeo Sauber.

At 22, Zhou will become the first Chinese Formula 1 race driver.

He’s been three times a winner in Formula 2 this season, his third in the category, having twice won in Formula 3 in 2018.

“I feel well prepared for the immense challenge of Formula 1, the pinnacle of my sport, alongside a proven, world-class talent in Valtteri Bottas,” Zhou said.

“I wish to thank the Alfa Romeo Racing ORLEN team for this opportunity.

“Next year the target will be to learn as much as possible and as quickly as possible.

“To be the first ever Chinese driver in Formula 1 is a breakthrough for Chinese motorsport history.

“I know a lot of hopes will be resting on me and, as ever, I will take this as motivation to become better and achieve more.”

The 2021 FIA Formula 2 Championship has two rounds remaining, at Saudi Arabia and Abu Dhabi in support of Formula 1.