WAU was one of seven teams which took to Sydney Motorsport Park today for a final test day of the 2021 Repco Supercars Championship season, meaning there was a high emphasis on preparation for next month’s Repco Bathurst 1000.

Holdsworth will co-drive the #25 Mobil 1 Appliances Online ZB Commodore at Mount Panorama, off the back of a promising day of track activity between the third and fourth race events at Eastern Creek.

“It was good, nice to get back behind the wheel,” he told Speedcafe.com.

“It’s been a while since I’ve been able to do a test day with these guys but it all feels familiar and I feel like these guys have got a good handle on the car.

“They haven’t been where they wanted to be, these last few weekends, but I think today they made some gains, hopefully.

“But, it was just nice to jump in and feel 650hp underneath my foot again.”

Naturally, the test included attention to the unique types of pit stops which occur in a Supercars enduro, including driver changes. 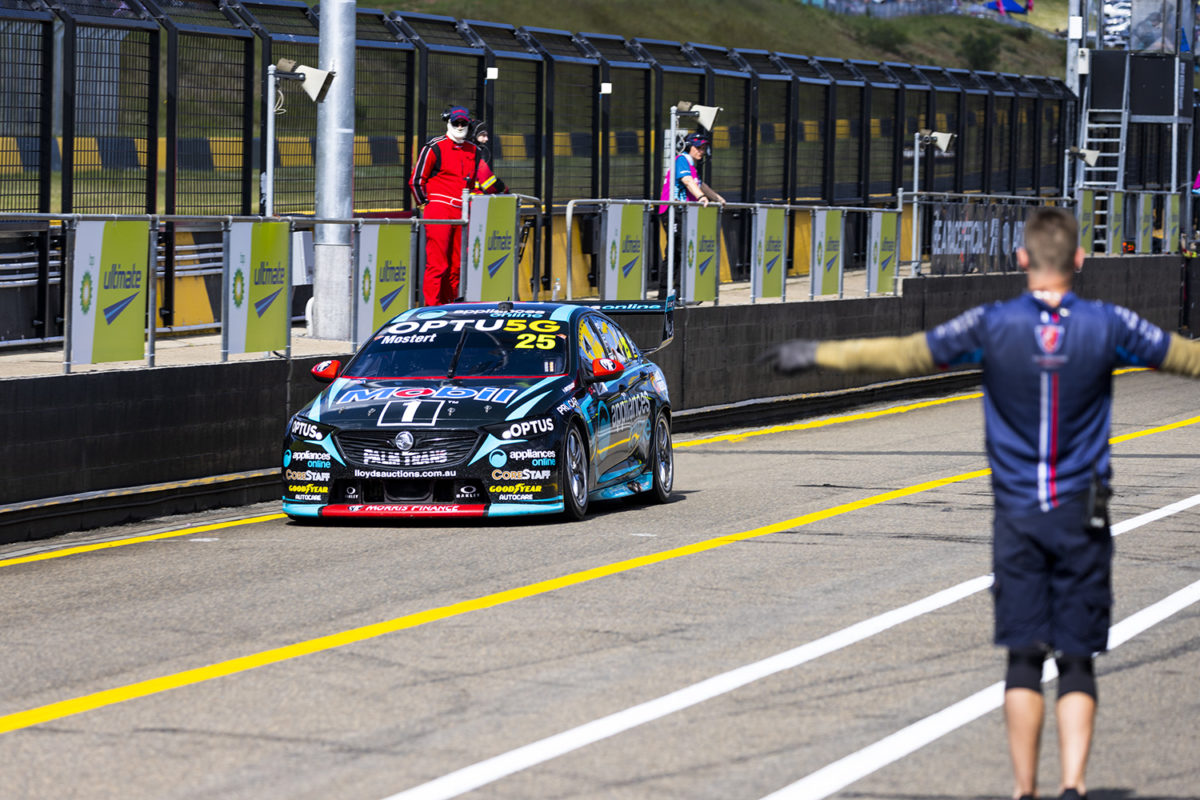 “Obviously, the main priority of today was to make sure I’m comfortable in the car and we practiced a few driver changes and all ran smoothly,” added Holdsworth.

“[I felt] Comfortable in the car. Although I feel like I’m sitting in a big baby seat [ie insert], I’m not having to compromise too much and neither is Chaz, so both of us are pretty pleased with the way it’s been going.

“Today was our first day of attempting any driver change practice and all seems to be running smoothly, so we ticked a lot of boxes.”

The timesheets show Car #25 as having set the fastest lap time in each of the morning and afternoon hit-outs, although teams tend to run a variety of programmes on test days and not all cars were connected to the publicly available timing system.

The co-drivers will be back behind the wheel in this Friday afternoon’s 40-minute Additional Drivers Practice session at the Beaurepaires Sydney SuperNight, and Holdsworth is keen to experience Car #25 on some newer rubber.

“I’m obviously looking forward to putting some good bags on the car and having a bit of a crack around here, because this track is brutal on tyres, as everyone knows,” explained last year’s Bathurst 1000 provisional pole-sitter.

“They just go away so quickly and I haven’t really had a chance to jump on anything fantastic as yet, so Friday’s the day and looking forward to it.”