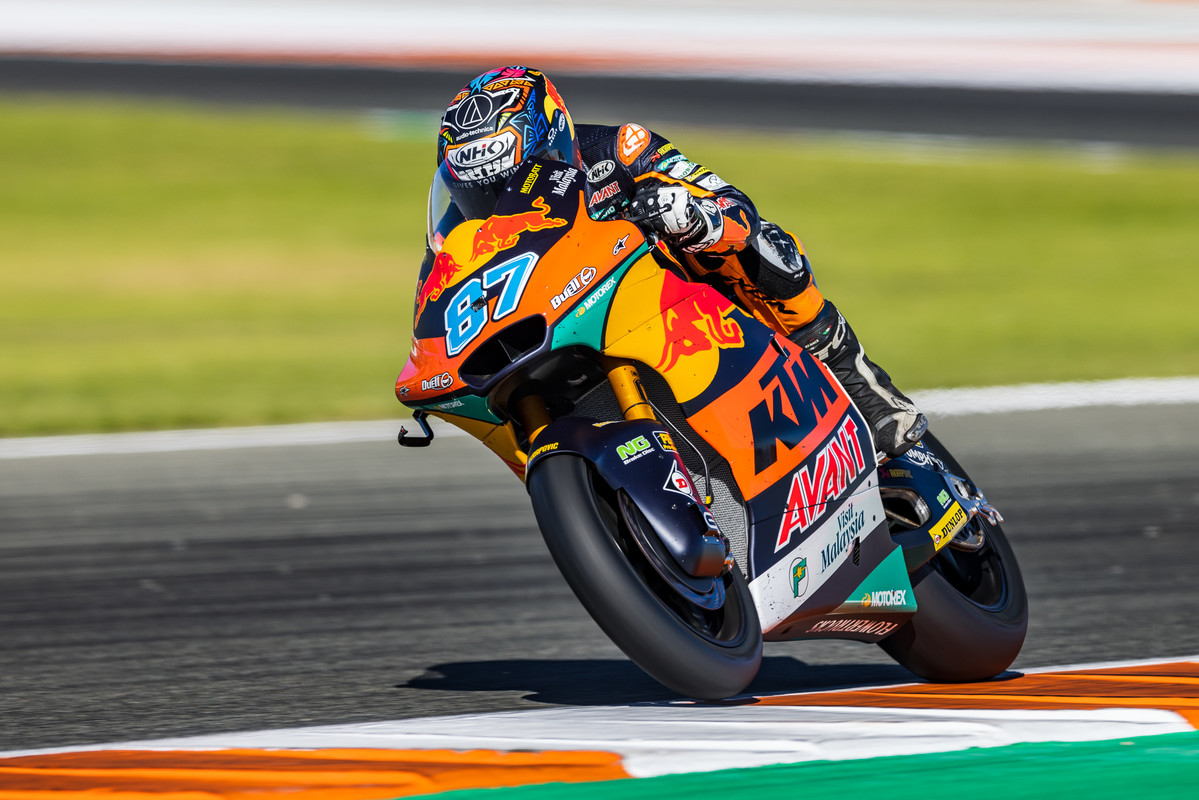 Remy Gardner has a bright future with KTM according to its motorsport boss, Pit Beirer.

The Australian and Red Bull KTM Ajo team-mate Raul Fernandez have just signed off from Moto2 with a one-two finish in this year’s world championship, the teams’ title, and 13 wins between them over the 18-race season.

Both will compete in MotoGP next year with Tech3 KTM Factory Racing, when KTM Ajo stablemate Pedro Acosta moves into one of the seats they are vacating after he took out the Moto3 world championship with a round to spare.

The Austrian marque has arguably the best talent programme in grand prix motorcycle racing, which includes alumni such as both of its current factory team MotoGP riders, Miguel Oliveira and Brad Binder.

Beirer, KTM’s motorsports director, is excited also by what Gardner, Fernandez, and Acosta have to offer.

“Winning the title in Moto3 and then watching these boys in Moto2 – and knowing they are moving up to MotoGP – I feel like our foundation for the future is set.

“This year has been another milestone. It’s crazy what they did this season and we’re looking forward to 2022 already.”

Fernandez admitted he was “angry” to have all but lost the championship by the time he got to the final round, but did create a milestone of his own in Valencia.

His win at the Circuit Ricardo Tormo was his eighth of the year, breaking Marc Marquez’s 10-year-old record for rookie-season Moto2 victories.

“I’m really happy with my race and I did what I could to try and win the championship,” said the 21-year-old Spaniard.

“It wasn’t lost here but in other races.

“Anyway, it has been a fantastic season thanks to an incredible team behind me. We won eight races and set a record for my first year in Moto2.

“I have a strange feeling now: I won [at Valencia], but not the championship, but I’m still very happy.” 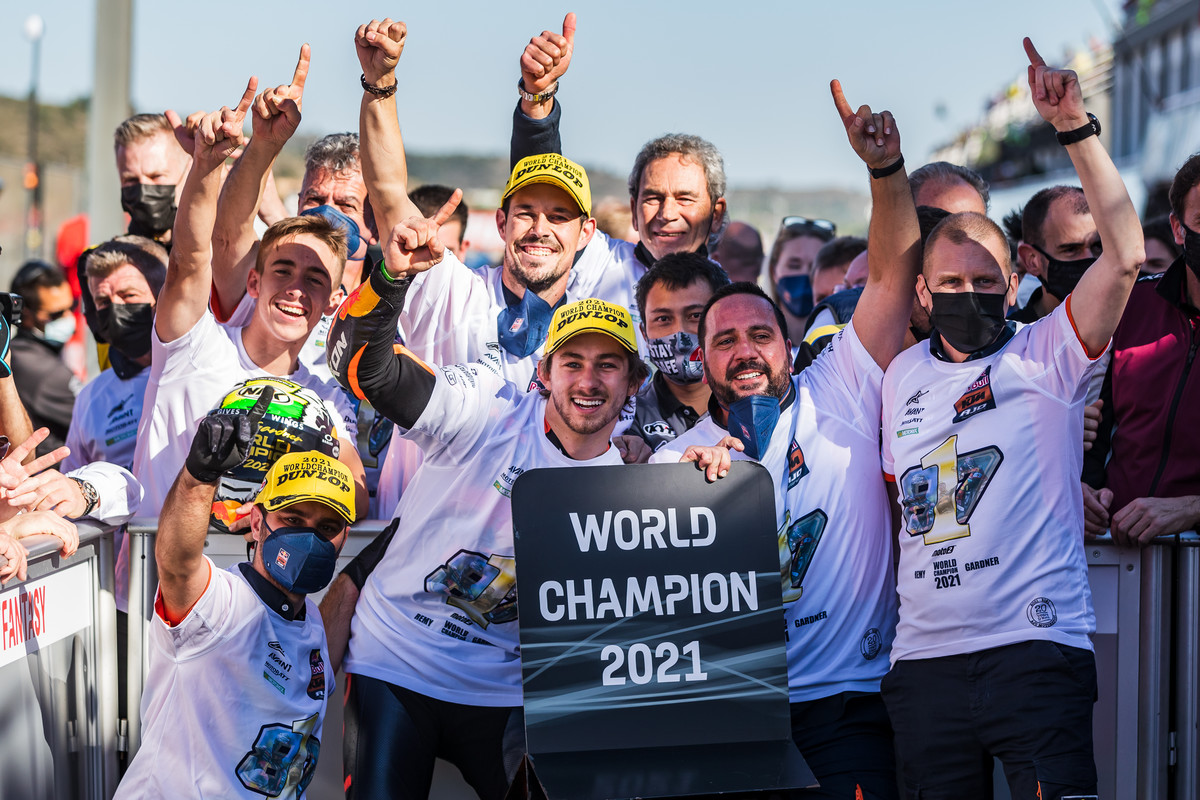 Aki Ajo, now Gardner’s and Fernandez’s former team boss, has been an integral part of the KTM nursery and described his team’s 2021 campaign as an “incredible” one.

“In both categories this season it has been incredible,” said the Finn.

“On the other hand, I have to remind myself that this is part of the work: the result of that is the improvements we can see, and we can still make. It is always a pleasure to go through that process.

“It’s an emotional moment. Remy did it today and Raul had a great race; like for every rider, we just tried to help them take out the maximum of their potential.

“It’s important to draw out the best of everything around you in racing while also keeping it simple.”

Gardner and Fernandez have already had one day on a MotoGP bike, and will be in action on KTM RC16s again at the Jerez post-season test this Thursday and Friday.