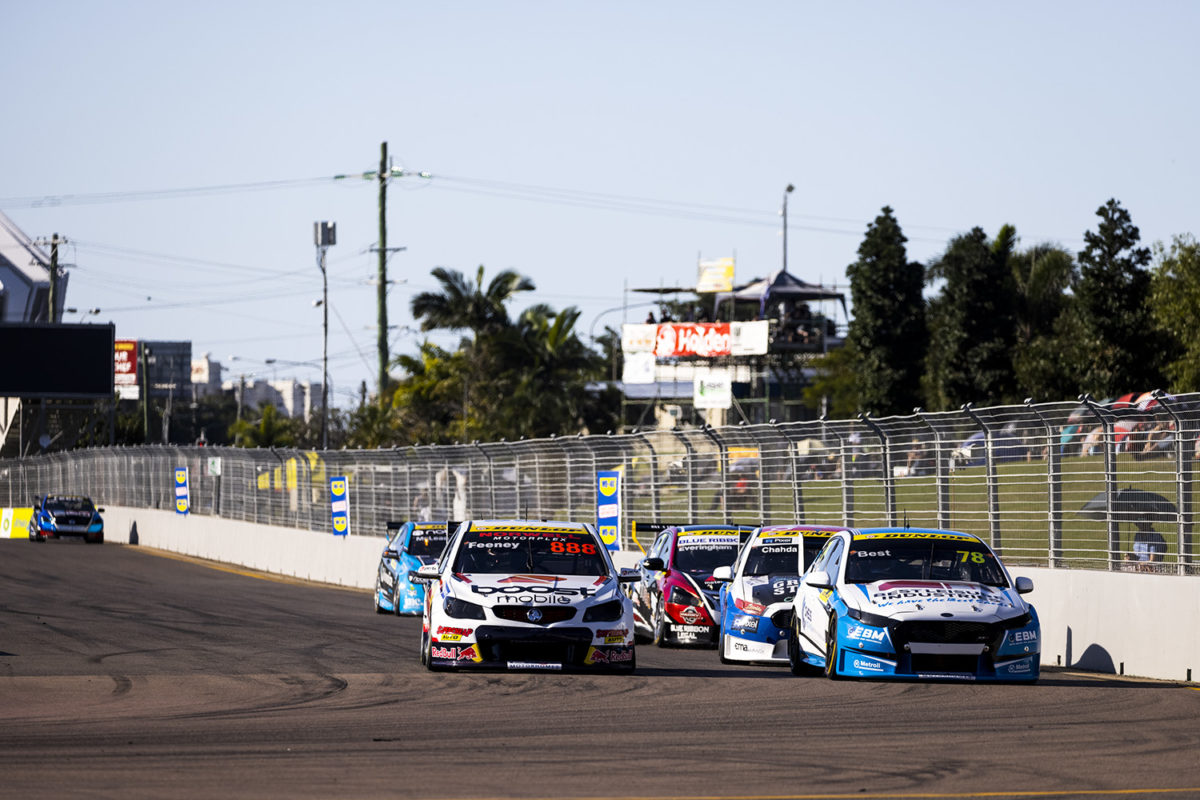 The Super2 field in its most recent round, in Townsville

A 31-car entry list for Round 4 of the Dunlop Super2 Series and Super3 Series at Sydney Motorsport Park has been released.

The field which will race on the undercard of this weekend’s Beaurepaires Sydney SuperNight, as revealed on Supercars’ official website, is comprised of 17 cars in Super2 and 14 in Super3.

The second-tier figure represents an increase of one since Round 3 unfolded in Townsville all the way back in July, the extra being the Grove Motorsport entry for Supercars debutant Matthew Payne.

It means that, for the first time in the series’ history, multiple teams will run Nissan Altimas, with MW Motorsport continuing to field its quartet of Jayden Ojeda, Tyler Everingham, Declan Fraser, and Josh Fife.

The only other changes to the Super2 section of the entry list are at Eggleston Motorsport, where Tim Blanchard is in for Jack Perkins in the #88 VF Commodore as he prepares for his Repco Bathurst 1000 drive with the Blanchard Racing Team.

Eggleston’s #38 car currently has driver ‘TBC’ after Jack Sipp had to pull out given the difficulty he would have had in returning to Queensland.

Matt Chahda (Matt Chahda Motorsport) holds fourth in the standings and Eggleston’s Matt McLean is the leading rookie, in fifth.

In Super3, Brad Jones Racing’s Elly Morrow will make her debut at long last, having been set to race in the since-cancelled Winton round in May.

The young karting graduate does, however, already have competitive laps in the #8 VE Commodore, in the NSW Sports Sedans round which supported the first Supercars event in Sydney at the end of October.

The teams which are running cars in both Super2 and Super3 are Image (Jordan Boys and Jaylyn Robotham in Super2), Eggleston (Steven Page in Super3), and Matt Stone Racing (Aaron Seton in Super2, Chris Smerdon in Super3).

The round is comprised of two 18-lap races, with the first of two practice sessions to be held this Friday from 14:25 local time/AEDT.