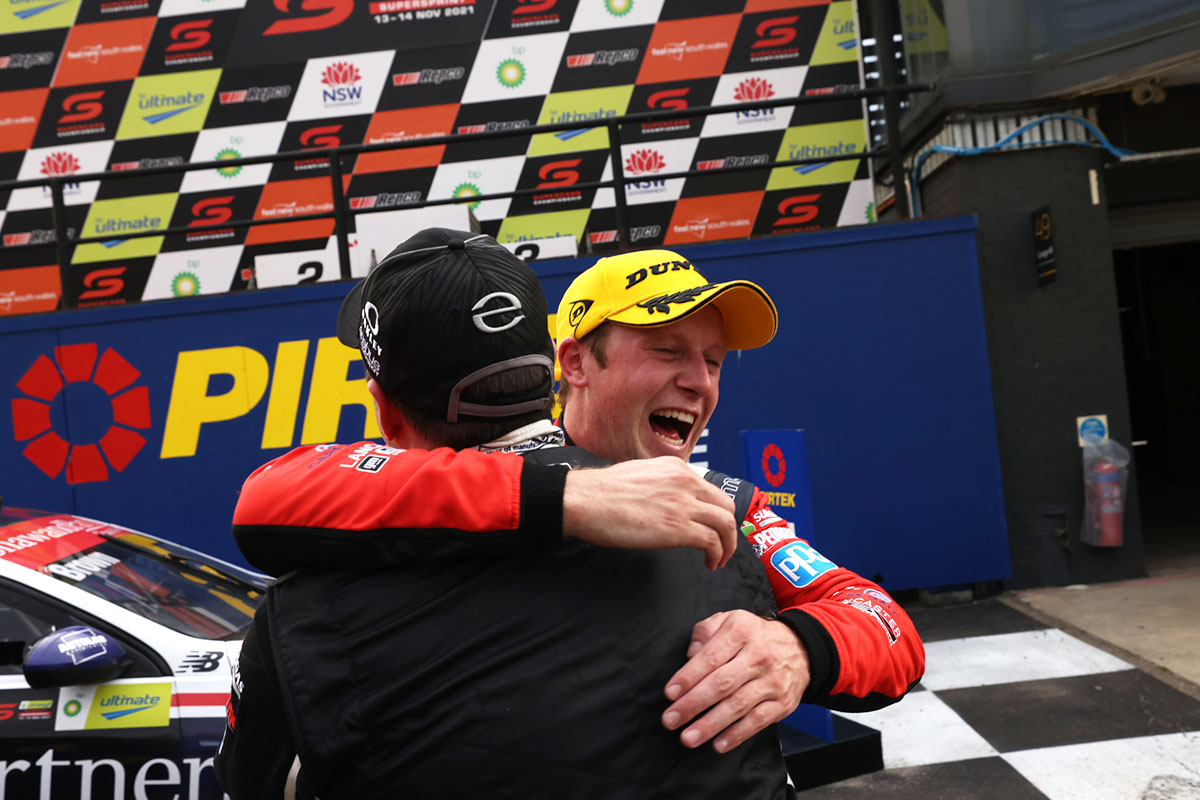 Will Brown celebrates victory in Race 28

Brown took victory in a Repco Supercars Championship race for the first time when he greeted the chequered flag in Race 28 of what is his rookie season at Sydney Motorsport Park.

For Erebus, the win was also its first of the season since a 2020 campaign which saw David Reynolds exit at year-end in acrimonious circumstances, with both his race engineer Alistair McVean and the team’s crew chief Dennis Huijser also ending up at Kelly Grove Racing.

With Anton De Pasquale picked up by the Shell V-Power Racing Team, Erebus began 2021 with an all-rookie line-up of Brown and Brodie Kostecki, although Ryan has maintained that, in practice, neither are really rookies.

Kostecki would bag a podium in just the second event of the campaign, and again at the start of the ongoing run of four events in Sydney.

Brown, however, now has three in the last seven races, and was able to stand on the top step of the dais after the latest of them.

“It’s just a good reward for keeping the belief, I guess, and not listening to half the media outlets and half the punters and all the people that wanted to kick us while we were down; or while they thought we were down.”

Erebus has been one of the form outfits in the three events which have been held so far at Eastern Creek, taking the fight to both DJR and Triple Eight.

After this weekend’s Beaurepaires Sydney SuperNight, the only race which remains is the Repco Bathurst 1000, and Ryan has his eyes on a second Great Race victory for the team, as well as a breakthrough for Kostecki. 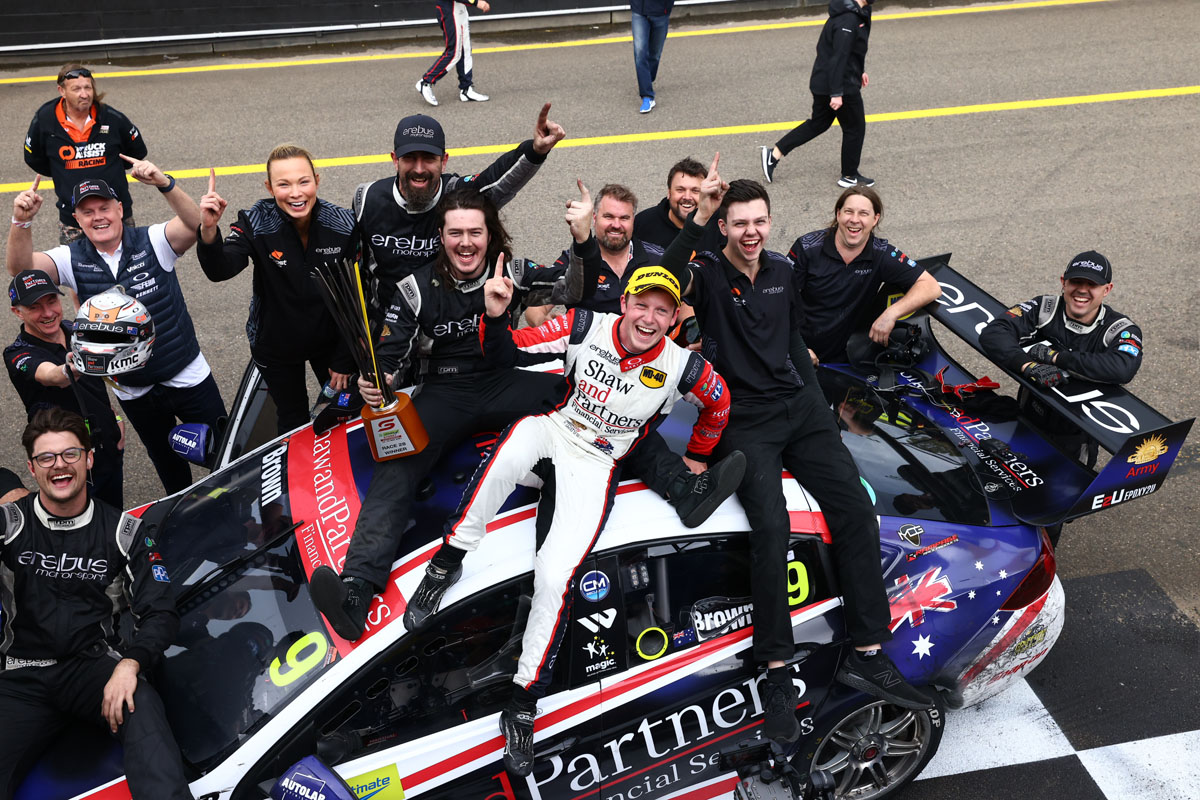 “Winning Bathurst again is clearly the next target and that’s something that we’re in with as good a shot as anyone for this year with both cars,” he said.

“[That] and getting Brodie his first win, that’d be awesome to achieve.

“He’s had a couple of podiums already. He might not have been as close as Will on the weekend, but he’s certainly just as talented; you just don’t always have both cars having a good weekend at the same time.

“So, if we can tick all the boxes like we did with Will on the weekend, and give Brodie the best car he wants, and he drives it the best he can, and we give him the best pit stops, well he can win as well.

“So, I’d love to tick that box with Brodie sooner rather than later.”

There are also eyes on third in the teams’ championship.

That position is currently held by Tickford Racing’s #6 and #44 entries, but Walkinshaw Andretti United has closed to 58 points behind, and Erebus is fifth at a further 224 points back, with 1152 still on offer this year.

“We want to be competitive again this weekend,” added Ryan.

“We don’t have to win races – but obviously that’s our target – but if we can get podiums and top fives, and keep building our teams’ championship…

“We’ve got a target of passing Walkinshaws and Tickford for the teams’ championship by the end of the year and it’s realistic, so that’s what we’re going to be targeting.”

The teams’ championship means more than just bragging rights, given it is the primary determinant of pit lane order for the following season.

A position closer to pit exit, where the title winners are situated, is advantageous given the track position advantage it enables in qualifying, as well as scope for optimising pit strategy.

Erebus is one of several teams testing today with a view to next month’s Bathurst 1000.