Dovizioso: Strange but enjoyable to be Rossi’s last team-mate

Dovizioso: Strange but enjoyable to be Rossi’s last team-mate 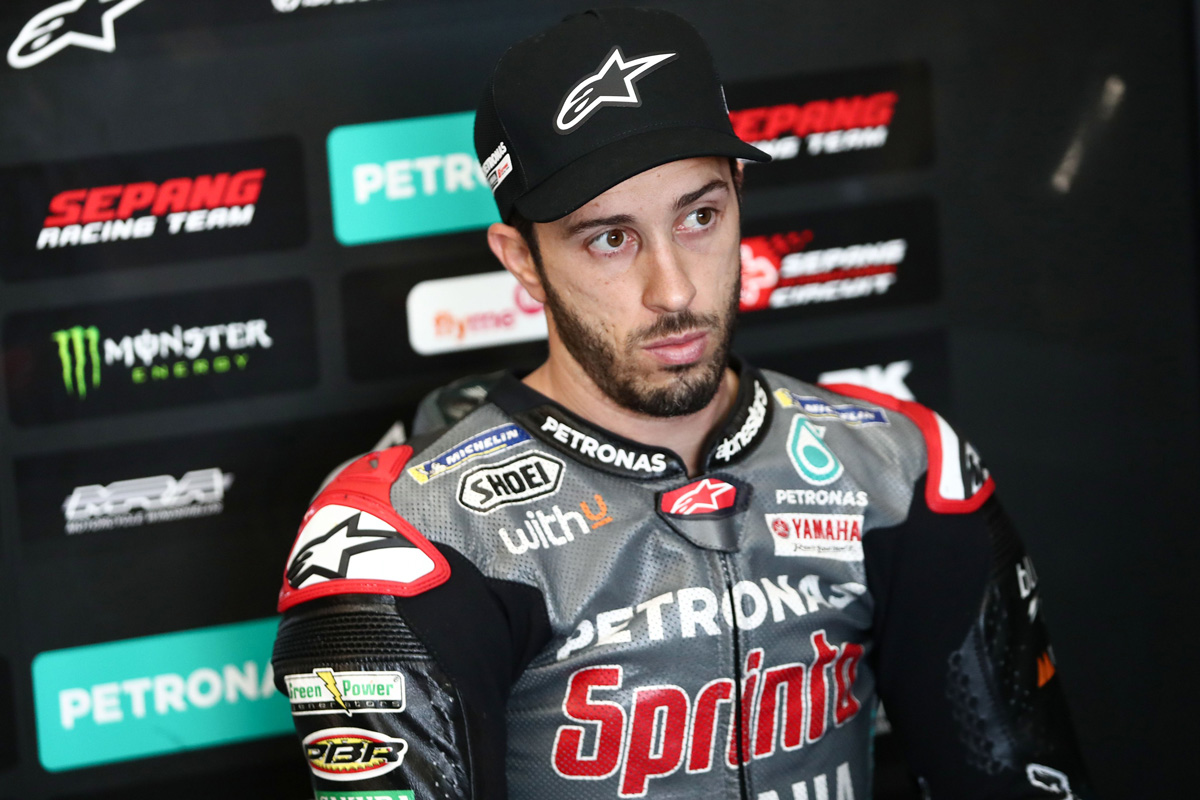 Andrea Dovizioso says it was special to be Valentino Rossi’s final MotoGP team-mate having spent more than a decade trying to beat his fellow Italian.

Dovizioso joined Petronas Yamaha SRT for the last five rounds of the 2021 season as part of a Yamaha reshuffle whereby Franco Morbidelli was promoted to the factory squad in place of the departed Maverick Viñales.

That put Dovizioso next to the iconic Rossi, who retired following his 10th place finish in the Valencia Grand Prix last weekend.

It was something of a turning of the tables for the #04 rider, who’d always been pitted against Rossi.

Dovizioso’s first MotoGP race win came for Honda in the 2009 season during which Rossi (then at the factory Yamaha team) took the last of his seven premier class titles.

Later, ‘Dovi’ would replace Rossi at the factory Ducati team for 2013 as the latter returned to Yamaha.

Together, Dovizioso and Rossi would give SRT double points finishes at the last four grands prix of 2021 – the team had failed to achieve that feat even once during the opening 14 rounds.

“To be a team-mate of Rossi was strange, as I have always been in different teams to him, but it has been enjoyable,” said Dovizioso.

“I tried to beat him but he was very strong and he always has something more to give in a race.

“It has been really nice to share the box with him at his final round and I feel lucky to have been part of it.”

The veteran added that he’d benefitted from following Rossi and Morbidelli en route to a 12th place finish at Valencia.

“It was good for me that I could follow Vale and Franco to learn how they ride the Yamaha, as they are very experienced with it,” he said.

“I’m very happy with today and it was a good way to finish the season.”

Dovizioso will stay on for the team’s 2022 transition to RNF MotoGP Racing, where he will be joined by Darryn Binder.