T8 to figure out what caused ‘difference of opinions’ at SMP

T8 to figure out what caused ‘difference of opinions’ at SMP 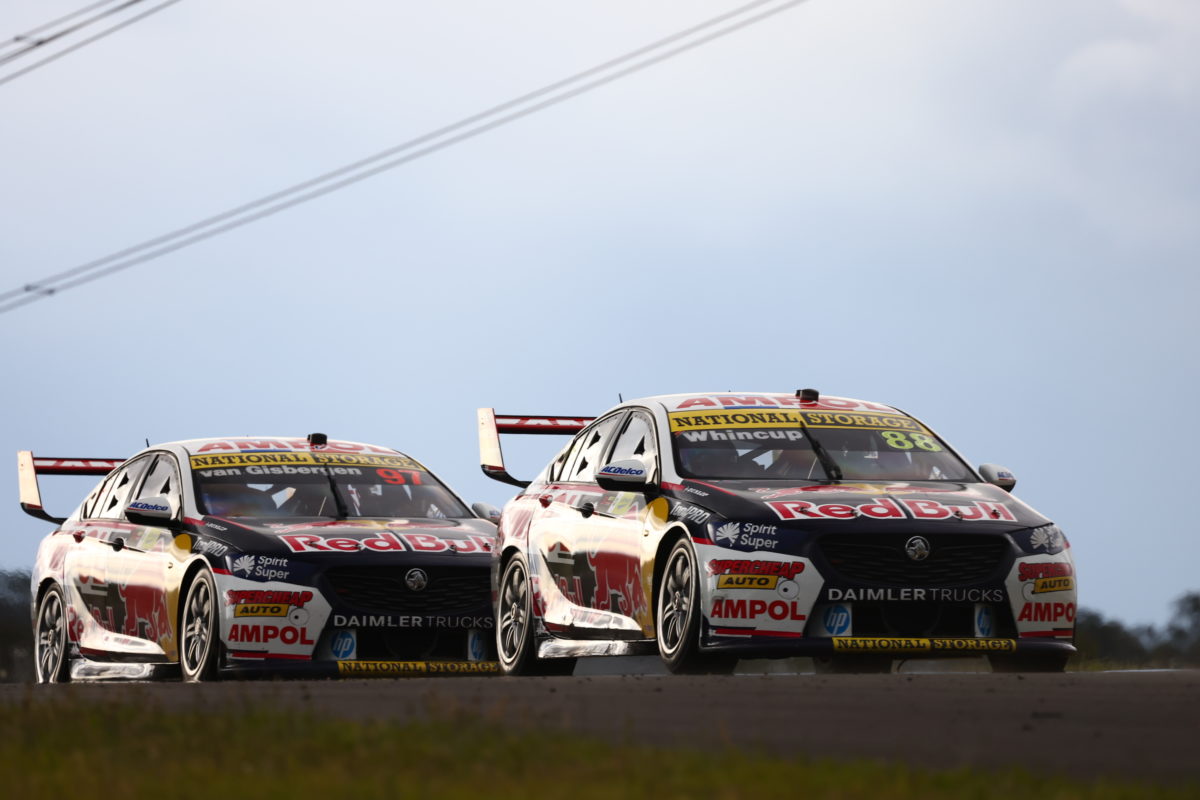 Red Bull Ampol Racing will seek to address what caused the flashpoint between its drivers at Sydney Motorsport Park in its post-event debrief today.

Jamie Whincup finished second and Shane van Gisbergen third in Race 28 of the Repco Supercars Championship but it could very well have ended in a far worse outcome for either or both Triple Eight Race Engineering drivers.

That was because they became embroiled in a big stoush during the latter nine laps which team manager Mark Dutton believes cost them the win that was ultimately taken by Erebus Motorsport’s Will Brown by 0.28s.

On multiple occasions, Whincup fed his team-mate wide, including one particularly wild moment when van Gisbergen squirmed with two wheels on the dirt as they crossed the tunnel on Lap 24 of 32.

Brown helped himself to a four-second lead as that went on, while Whincup did not heed calls on his radio, including from Dutton, to “let Shane through.”

Why the drama unfolded will be figured out today.

“We do have to look at it,” Dutton told Speedcafe.com.

“It’s easy to state the obvious, but no, I should have been clearer on the expectations, so I’ll say that’s on me.

“We discuss these things before the race, before events, et cetera. I thought we were all on the same page there; we need to debrief and understand where the difference of opinions came.

“They’re racers in the car; there are times when we see a certain thing from the garage and they see something different.

“Jamie was catching Will by eight tenths a lap on some of those laps, so obviously he’s thinking he’s catching him well quick enough, whereas we thought that Shane was the better shot for the team.”

However, that Whincup was put in a situation where he had his team-mate breathing down his neck is something that Triple Eight more broadly will ponder.

The seven-time champion had led until he pitted for three fresh tyres on Lap 16, a stop from which he emerged behind Chaz Mostert and remained in that position for almost six laps.

Dutton suggested that, with a somewhat different strategy play, there might have been a better chance to catch Brown.

“What we should have done better is that, collectively, we should have got [Whincup] further up the road chasing down Will Brown at a faster rate,” he admitted.

“When we didn’t do that and he got caught up behind Mostert for a couple [of laps], that then allowed Shane on better tyres to catch up to the back.

“So, at that point in time, Shane was the quicker team car, so we made the call from the garage that the quicker team car should go through because, according to our numbers of race pace and deltas, he’ll catch Will with enough time to catch and pass.

“Whereas, we thought Jamie would only be able to catch Will Brown and not have time to pass him, so that’s why we made the call.

“Jamie obviously thought he had enough pace to catch and pass, so we’ll go through it.” 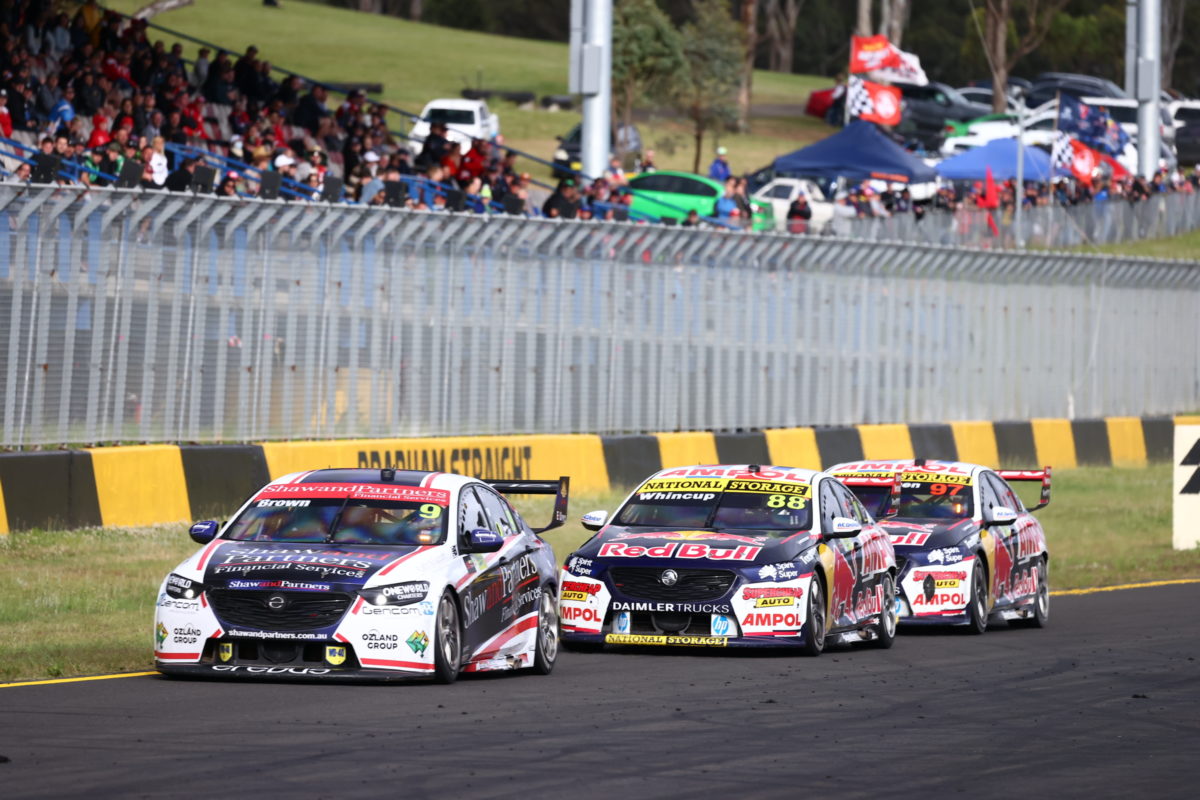 The Triple Eight drivers could not run down Will Brown in the end. Picture: Mark Horsburgh

Whincup retires from driving, at least on a full-time basis, at year-end, and noted immediately after the race that “I’ve only got a couple of races left so I’m not going to give any away.”

Pressed why the battle was so vigorous, Dutton put it down to a perception from the cockpit of Car #88 that the win was there for the taking.

“They both had fast cars, and they both thought they could win the race,” he responded.

“From a driver’s point of view, when you think you can win the race, but you’re told to move over to let your team-mate go through, to win the race…

“We don’t care from the team who wins the race, as long as we win the race; that’s how we operate.

“That was the outcome we are after; a Triple Eight car winning the race.”

In the end, Dutton believed the battle cost the team a one-two.

Nevertheless, van Gisbergen still leads the drivers’ championship by 337 points, Whincup consolidated second spot in the standings, and the Banyo squad moved even further clear in the teams’ championship.

The penultimate event of the season, the Beaurepaires Sydney SuperNight, starts this Friday.