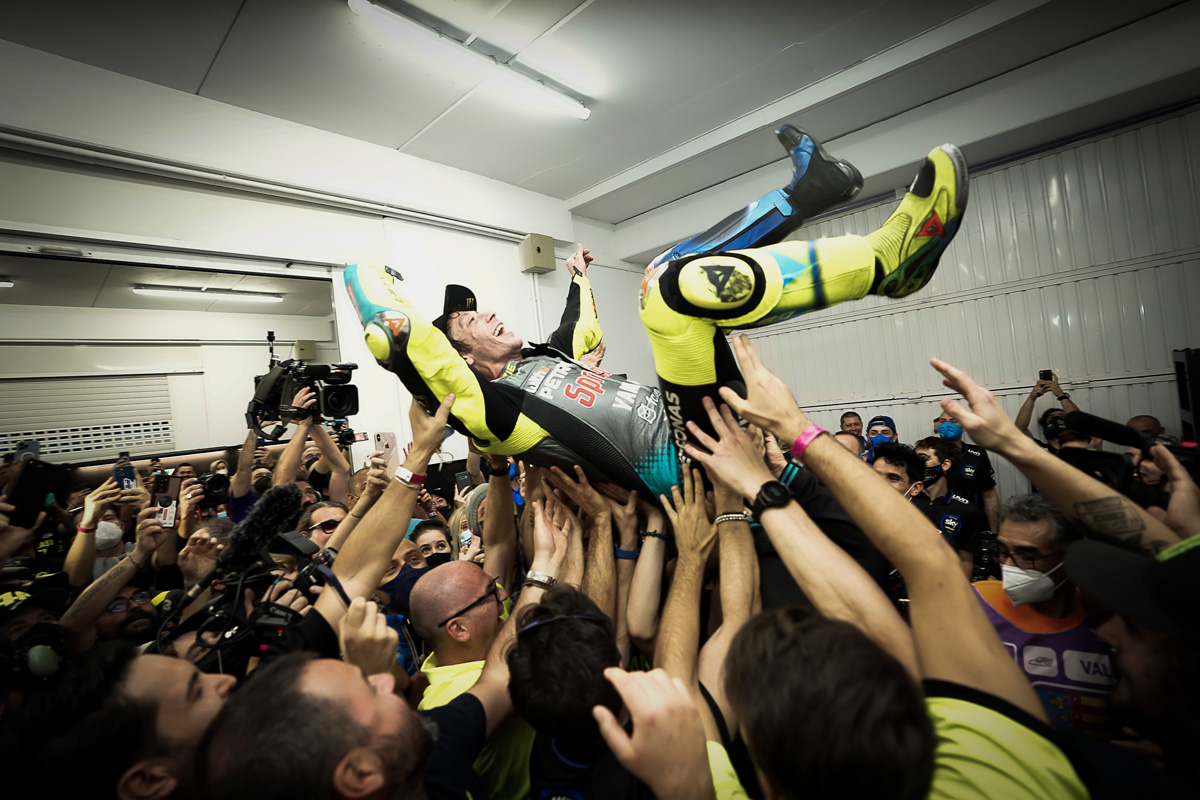 Valentino Rossi has celebrated a fine finish to his MotoGP career in an emotional swansong at Valencia.

While Ducati was out front making history with its first ever sweep of the premier class podium, all eyes were on the 42-year-old Italian superstar.

Rossi started and finished 10th in a race that began with a standing ovation during the warm-up lap and ended with extensive tributes to the nine-time world champion.

Of his last ever grand prix, Rossi was pleased to bow out on a high.

“I didn’t expect that it could be a weekend like this,” said the Petronas Yamaha SRT rider.

“I was very worried for this weekend because I didn’t know how I felt and there was a lot of pressure with many things to do.

“It was fantastic, I received a lot of positive energy from all the people in the paddock and I had a lot of great surprises: from seeing all my bikes on Thursday, to all the VR46 Academy riders with my helmets today.

“I’m also happy because I was able to be strong in both qualifying yesterday and in the race today, finishing in the top 10. I enjoyed it a lot and it was the best way to finish.

“I am in the top 10 best riders in the world and it means everything, because this result will never change. I also enjoyed the celebrations after the race.

“It was a long career and I want to say thanks to everybody.”

The Valencia Grand Prix also marked the end of the road for the Sepang Racing Team, which will be replaced by RNF MotoGP Racing next year.

“We end these three years in MotoGP today and it has been a very interesting journey, from starting the team to achieving what we did,” said SRT team director Johan Stigefelt.

“We’ve been second in the world championship and had many race wins, podiums and pole positions.

“It has been a privilege to work with Valentino and Andrea [Dovizioso] this year and we have to be very proud of what we have done.

“We were able to build up a structure this big and this professional, with the support of Petronas and the other partners that believed in this project from the beginning.

“I want to thank everybody who was involved in this project from the bottom of my heart, from the crew to sponsors and partners – just everybody.

“I’m sad that it’s finishing, but I only have good things to say about these years. This is how it is sometimes, so just thank you again.”

Mid-season signing Dovizioso will stick with RNF for 2022, where he’ll be joined by South African rookie Darryn Binder.