POLL: Who impressed you most at SMP3?

POLL: Who impressed you most at SMP3? 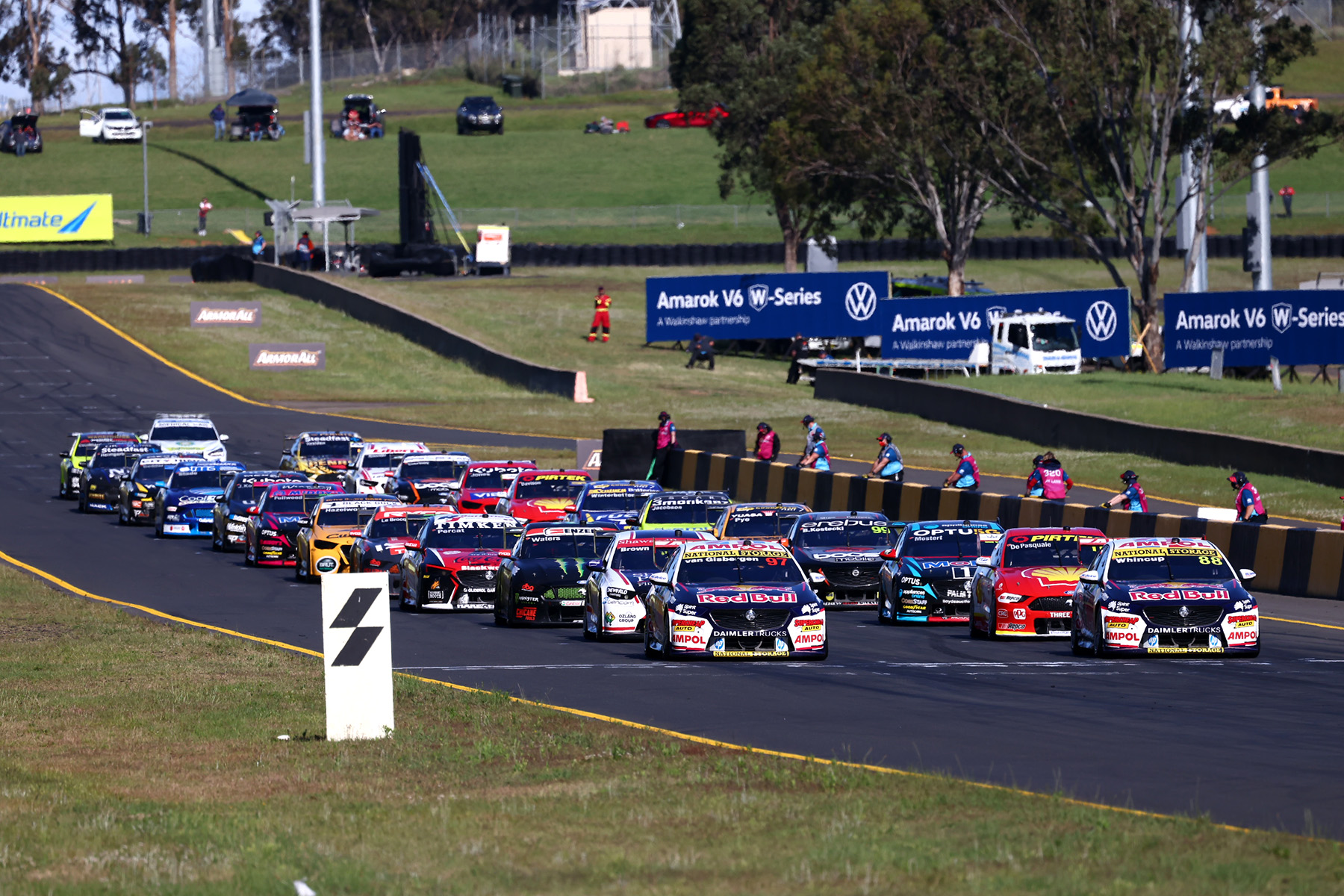 Supercars lined up at Sydney Motorsport Park for the third weekend in a row. Picture: Mark Horsburgh

Supercars’ third visit to Sydney Motorsport Park in as many weeks brought some standout performers, and in this week’s Pirtek Poll we want to know who impressed you most.

By and large, Shell V-Power Racing Team driver Anton De Pasquale has been the best of the bunch since the resumption of the Repco Supercars Championship.

However, with the best of his tyre bank used, De Pasquale couldn’t sweep the third leg of the weekend. After back-to-back wins, he would finish the weekend with a ninth place finish having started Race 28 from third.

The spoils in the closing encounter would go the way of Will Brown, who put on a stellar defensive drive to hold off Red Bull Ampol Racing duo Jamie Whincup and Shane van Gisbergen.

The effervescent car salesman looked likely to get a win in the two weekends prior, the team finally overcoming its pit stop problems to snag the Race 28 win.

Triple Eight Race Engineering went winless at SMP3, though not for a lack of trying. A front-row lockout for Race 28 bode well for them, ultimately intra-team squabbling costing them.

Credit where credit is due though, there’s been plenty asking who will take the fight to Shane van Gisbergen and it ended up being his team-mate Whincup.

Putting aside the team radio to move aside, Whincup’s defensive driving alone was impressive to watch.

Kudos must go the way of van Gisbergen too, who continues to finish on the podium in spite of the one-lap pace advantage Dick Johnson Racing has had over the course of the Sydney swing.

Nick Percat should have walked away from the latest event with three top 10 finishes, though a suspension failure in Race 26 would put paid to those hopes.

His fourth place finish in Race 28 was largely overshadowed by the fight up the front, but yet another solid showing all things considered.

Similarly, his Brad Jones Racing team-mate Todd Hazelwood put in a rousing performance to finish fifth in the weekend’s closer.

His best SuperSprint weekend this season saw him finish eighth, 11th, and 17th across the three races.

Although Goddard’s performance tapered off as the weekend went on, he made position gains from qualifying to the race.

Who impressed you most at SMP3? Cast your vote in this week’s Pirtek Poll below.