Moto2 champion Gardner thought his career was over

Moto2 champion Gardner thought his career was over 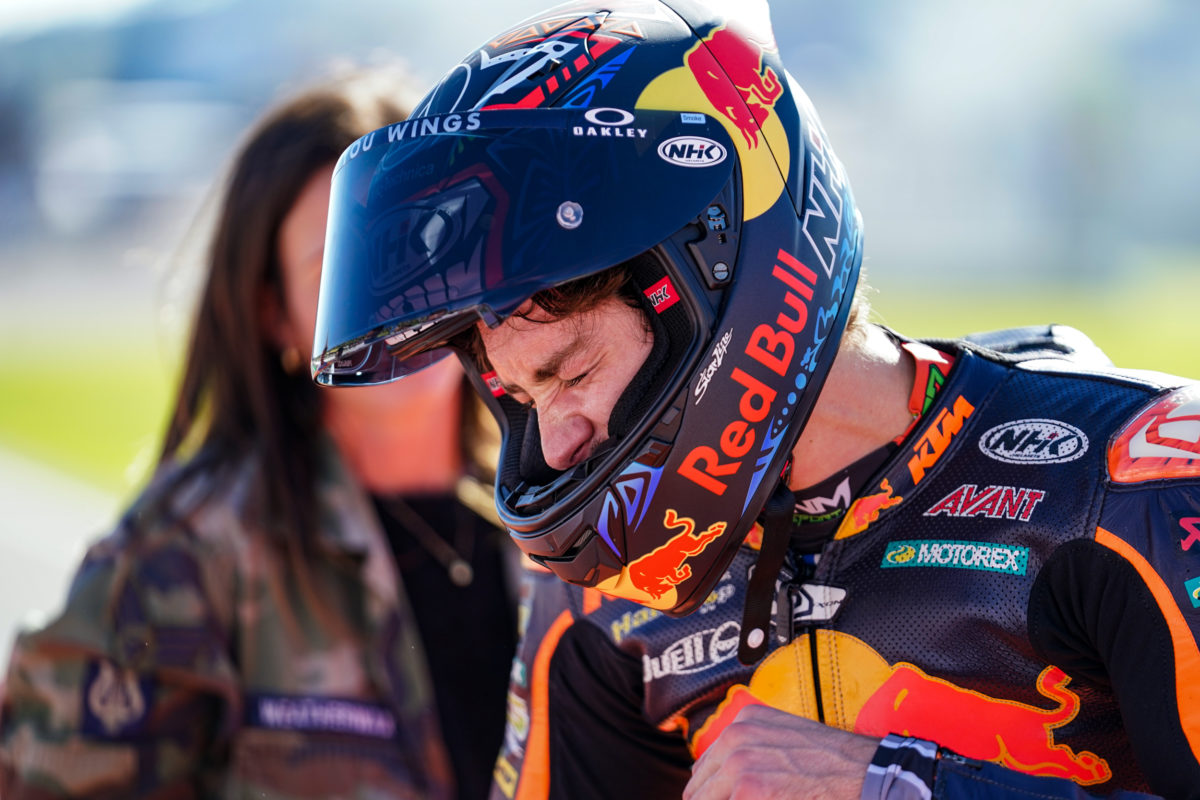 New Moto2 champion Remy Gardner had moments during his time in the junior classes where he thought his career was over.

Gardner clinched this year’s intermediate class title with a measured ride to 10th in the Valencia Grand Prix in his last ride for Red Bull KTM Ajo before he steps up to MotoGP at Tech3 KTM Factory Racing.

Having debuted in the Moto3 World Championship in 2014 as a 16-year-old, the Sydney native took until early in the 2019 season to score his first grand prix podium, in Moto2 at Argentina’s Termas de Rio Hondo.

A first win did not come until the final round of 2020, at Portimao in Portugal, but by then he was starting to accumulate a bunch of top three finishes, even on an older motorcycle.

He had also already signed the deal to contest the next campaign with KTM Ajo, a partnership which has produced 12 podiums, including five wins, in the single season for which it existed.

Asked if, during the hard years, he could have believed he would be a world champion in 2021, Gardner responded, “Probably not; it’s just taken a turn, for sure.”

It was just after he had hopped off his bike in Valencia that he said, “I’m lost for words.

“So many years of suffering, so many points in my career I just thought, ‘I’m not good enough, I’m not going to make it,’ and I don’t know how but I turned it all around and made it happen.

“It’s a dream come true, so I just want to say thanks to everyone that believed in me, back in the days when not many people did, and I still can’t believe that it’s happened.

“So, I just want to say thanks to everybody, and I’m just so grateful to be here.”

Expanding on that in his own post-race press conference, Gardner spoke about getting himself into a better headspace in recent years.

“It hasn’t really sunk in yet to be honest,” admitted the 23-year-old.

“There have been so many hard years for sure and definitely decent success this year and even last year.

“I really kind of changed my chip last year and everything started to go a bit better.

“Even though I didn’t have the most podiums in the world, I just really managed to you kind of get my mind under control and everything was kind of falling into place and really just trying to keep positive about everything.

“But yeah, definitely from 2015 to even 2019, they were really tough years for me and like I said, there were points in my career when I really honestly believed that was it, you know, that was there was no more and this was the end of the road, and especially after injury, for sure.

“Just fighting through that was just incredibly difficult.” 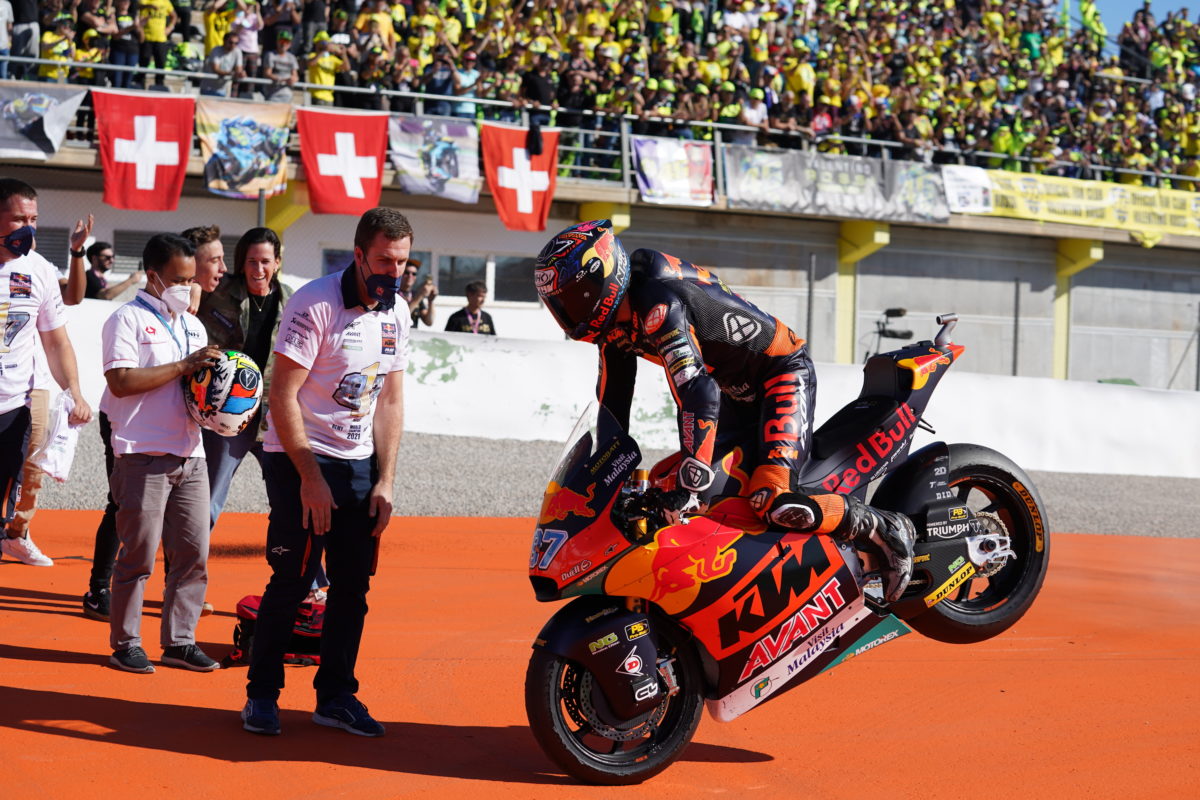 Gardner started the final round of 2021 with a 23-point lead over KTM Ajo team-mate Raul Fernandez and could win the championship regardless of what the Spaniard did by finishing the race as low as 13th.

Fernandez did what he had to, by winning the grand prix, but so did Gardner.

Despite carrying broken ribs from a collision nine days earlier, and having qualified only eighth, #87 got a top 10, but it was a cautious afternoon.

He had made a reasonable start before an early red flag, but was unwilling to take the risks others were taking when the race properly got underway, and momentarily dropped as low as 12th before the halfway mark.

“[My] restart wasn’t as good on the first lap and for the first few laps was hanging in there, just going with the guys but [it was] a little bit scary,” recalled Gardner.

“Up the front, I saw there was a bit of commotion going on and guys are passing and Raul was going for it and I thought, ‘You know what? I’m not going to put myself in the middle there, I’m just going to hang back.’

“But then I came under fire from the guys behind and I had to kind of pull my finger out a little bit and break up the group a little bit.

“I had to push a little bit harder just to get away from Tetsu[ta Nagashima, who made an unsuccessful attempt to pass Gardner for 11th].

“He was going crazy [but] Tetsu was a team-mate in the past, I know him very well, how he rides, so I was just trying to break up the group a little bit and just finish the race in a respectable position.

“I safely managed to do that, keep my nerves, and for sure, it was a lot of pressure but managed to bring it home.”

Gardner’s title comes 34 years after father Wayne won the premier class, the 500cc world championship, and is the second for an Australian in the intermediate class after Kel Carruthers’ triumph in 1969.