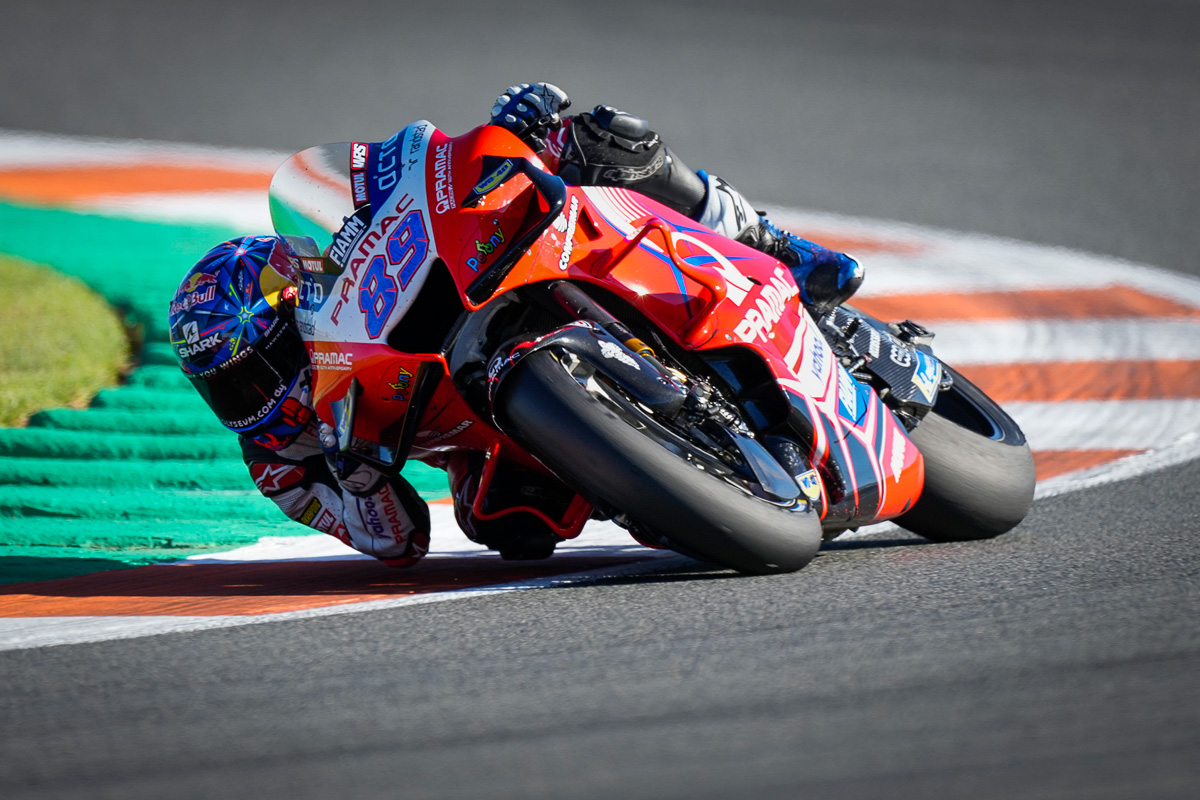 Jorge Martin cemented himself as MotoGP’s rookie of the year with a Valencia Grand Prix podium – but only after a nightmare preparation.

Having pipped Ducati Lenovo Team duo Francesco Bagnaia and Jack Miller to pole, the 23-year-old suffered a bout of illness on the eve of the season-ending race.

“From 10pm in yesterday to 5am today I wasn’t sleeping, I was just vomiting,” he revealed after taking the chequered flag in second place.

“It was really difficult, I thought I couldn’t make the race… the thing that I was scared about was I didn’t have any food since yesterday lunch, so for sure a MotoGP race is very physical.

“I tried my best, I was really focused and no mistakes.

“Finally the last laps, Jack was pushing, so last lap I was giving my 100 percent.

“Really happy for the team to finish this way, the season is amazing… so we have now motivation for the future.”

Pramac Racing team manager Francesco Guidotti heaped praise on Martin, who led for almost the entire first half of the 27-lapper before being passed by eventual winner Bagnaia.

“It’s incredible twice, because he couldn’t sleep last night and he couldn’t eat anything this morning, so he was a very lack of energy and he did what he did,” said Guidotti.

“So it’s incredible; I cannot say anything else because it’s just fantastic.”

In the end, Martin finished ninth in the overall riders’ standings – a feat made all the more impressive by the fact he missed four races due to a heavy practice crash in Round 3 at Portimao.

The Spaniard converted all four of his 2021 pole positions into podiums, including victory at the Styrian Grand Prix in August.