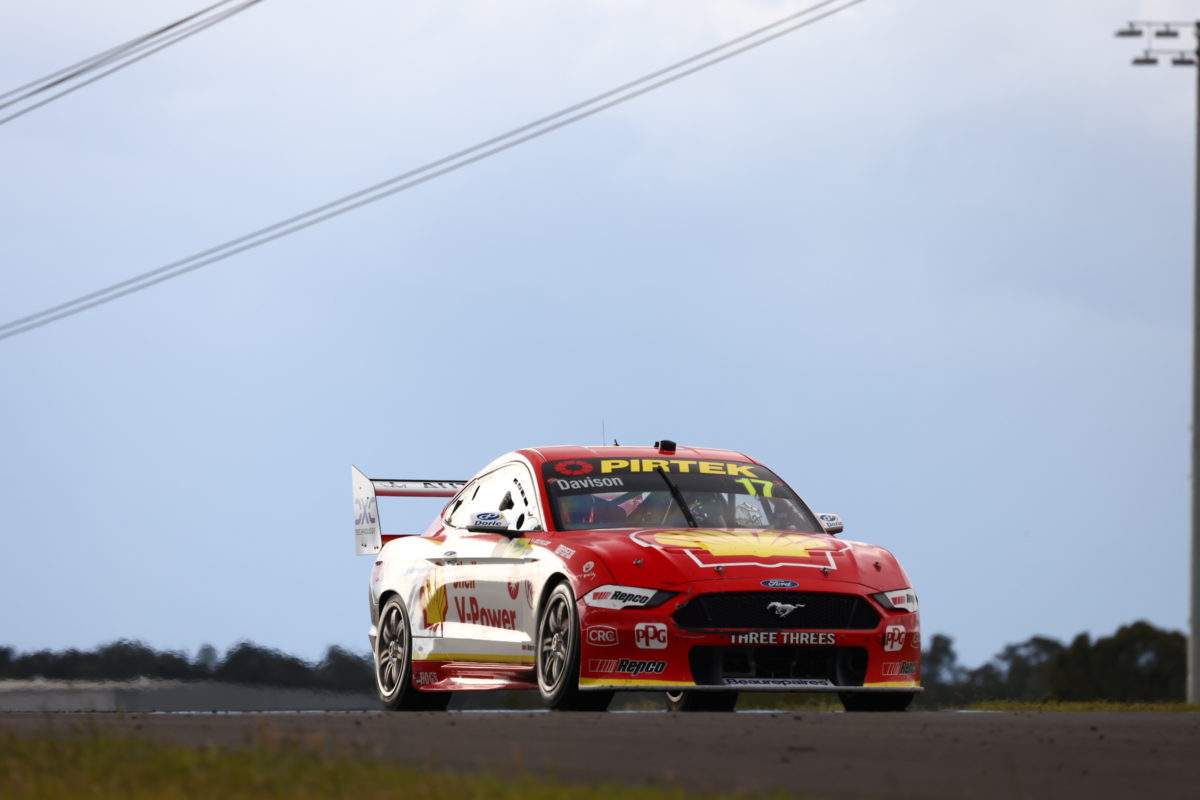 Will Davison remains determined through a disappointing run on his side of the Shell V-Power Racing Team garage, says team principal Ben Croke.

While Anton De Pasquale has now racked up five Repco Supercars Championship race wins out of a possible nine at Sydney Motorsport Park, team-mate Davison has two podiums to his name during that period and remains winless since his return to the Stapylton team this year.

In the most recent of those victories, De Pasquale overcame the sister car’s two-second advantage due to an undercut, whereas the #17 Mustang faded to fifth at the chequered flag in Race 27.

While a later team communication advised both had taken four used tyres when they filed through the pits in that encounter, Davison admitted shortly after the race that he felt “a bit lost”.

Croke, however, rejected the suggestion that something might be amiss in the #17 camp.

Instead, he pointed to the fact that the veteran was still prominent through the weekend, including making the front row again, in Qualifying for Race 27.

“There’s nothing going wrong; he finished top five for the weekend overall on points, so just at the moment he’s maybe trying a little too hard if anything,” Croke told Speedcafe.com.

“But he’s determined, he’s doing the work behind the scenes, and he qualified second [for Race 27], so it’s all there.”

When put to him that Davison seemed significantly down on confidence, Croke responded, “No, he’s fine.”

Also downplayed was a thought that any set-up experiments might be playing a part, after the two-time Bathurst 1000 winner said his settings had been “a bit all over the place” during the first three events at Eastern Creek.

“Maybe [it is playing a part], but they’re not big things; little bits and pieces,” said Croke.

As for De Pasquale, he only got home in ninth in Race 28, the finale of the BP Ultimate Sydney SuperSprint, having already taken four-tyre stops in the other two encounters to maximise his chances of grabbing those wins.

“It was good,” said his team principal of the performance.

“You’re limited with tyres for the weekend, we started from pole for two races, and the two wins were on offer so we took them.

“I think overall, even for points for the weekend, we finished on top, so I guess it shows that in this situation we took the right path.

“We weren’t starting on pole for the third one so it was the race we sort of picked to not do so good in,” Croke added.

“At some stage over the weekend, you’re going to struggle with reusing the tyres or a two-tyre stop, and that was our choice for that race.”

The most recent weekend was the last of the year on the soft compound, with the Beaurepaires Sydney SuperNight this coming weekend featuring an allocation comprised predominantly of the hard tyres with a smattering of super softs.

Before then, however, Dick Johnson Racing will be testing tomorrow, albeit without the super soft available.

“Next weekend’s a little bit different with the hard tyres and then super soft,” noted Croke.

“[At the] test day on Tuesday, we’ll play around with some stuff, and try and go faster.

“That’s the game that we’re in; try and go faster and win again.”

Davison, who finished 12th in the most recent race from 15th on the grid, also touched on the importance of the test.

“It was a difficult day to be honest,” he said of his Sunday at the BP Ultimate Sydney SuperSprint.

“We had glimpses of good signs. We’ve been trying a lot with the car and I thought qualifying second for the first race was solid. It was very disappointing to finish fifth.

“The second race, coming off qualifying 15th after a mistake in the lap was always going to be tough. I did what I could, made up a few spots.

“I’m looking forward to the test day on Tuesday to help try to understand where we can be better for next week.”

The fourth Eastern Creek event which follows that test will be the last of the $25,000 Beaurepaires Sydney Cup.

De Pasquale did indeed unofficially win the third event and has now moved up to second in the Sydney Cup, 43 points behind Red Bull Ampol Racing’s Shane van Gisbergen, while Davison holds fifth in the series-within-a-series.