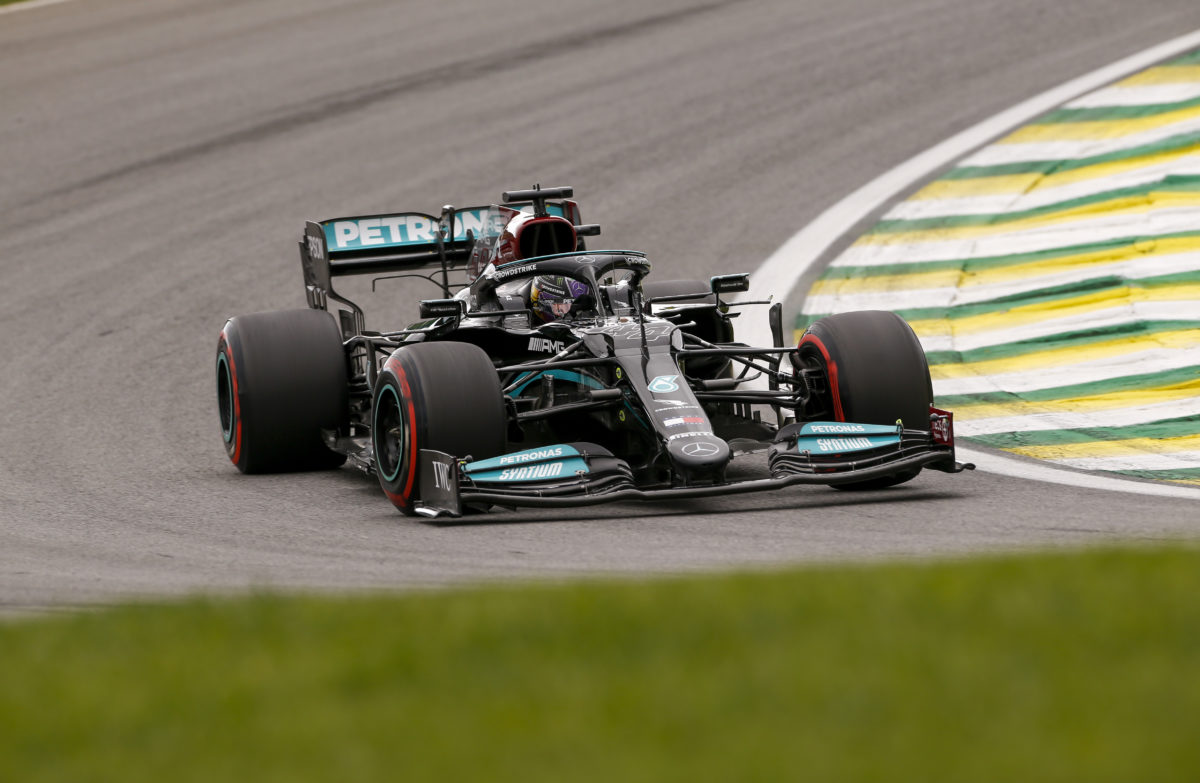 The rear wing on Hamilton’s Mercedes W12 failed a post-qualifying scrutineering test, which was subsequently referred to the stewards.

After impounding the wing and deliberating on the matter overnight, on Saturday it was confirmed that Hamilton’s provisional pole position lap would not be allowed to stand.

Speaking to the media following Sprint Qualifying, Wolff suggested the FIA had changed its modus operandi in approaching such minor transgressions.

Hamilton’s wing exceeded the allowable maximum DRS opening by just 0.2mm on the right-hand-side, with stewards noting in their report that, had the issue been picked up during qualifying, the team would have been allowed to correct it without penalty.

“Until late this afternoon, we believed it was okay, because the wing was damaged” Wolff said.

“We though that, in consideration of all these aspects, the FIA would say there was damage, and therefore we were not in breach of the regulations.”

The Mercedes boss questioned the process taken in referring the matter to the stewards, drawing parallels with an incident at the Mexico City Grand Prix a week ago.

There, Red Bull was given permission during qualifying to correct an issue under parc ferme conditions, an opportunity not afforded in this instance.

“We had a parc ferme situation in Mexico, I believe it was, where during qualifying sessions work on the rear wing was permitted,” he noted.

“So no difference in terms of parc ferme situation – I don’t think with stewards present.

“This time it was judged, and this is the declaration or in the result of the stewards, that if it would have happened during the session, we would have been allowed to fix it, but not at the end of the session.

“Both are parc ferme situations, so you can ask why during the session and not at the end of the session.”

He further suggested something had changed within the way the FIA technical delegate operated, given the matter was referred to the stewards rather than the team afforded an opportunity to remedy the issue.

“Something went against the modus operandi these last 24 hours, which was either under pressure from other stakeholders or just different,” Wolff said.

“If the modus operandi is different now you maybe need to look at others also with a more strict eye and severe eye.

“I can tell you that, in the next few races, we’re going to look at every single race tape that’s going to fall off a car and ask questions.

“In a way there was a gentleman’s [agreement] – if such thing as gentlemen’s agreement exists in Formula 1 because there ain’t no gentleman – exists then now it doesn’t anymore.

“You have no millimetre of leniency of fixing things on a car: if it’s broken, it’s broken, you can’t touch it, and this is how it’s going to go this year.”

As it stood, Hamilton charged from 20th on the grid to fifth in Sprint Qualifying which, given he’ll take a five-place grid penalty for a new internal combustion engine, will leave him 10th for Sunday’s Sao Paulo Grand Prix.

That is set to get underway at 04:00 AEDT on Monday morning.