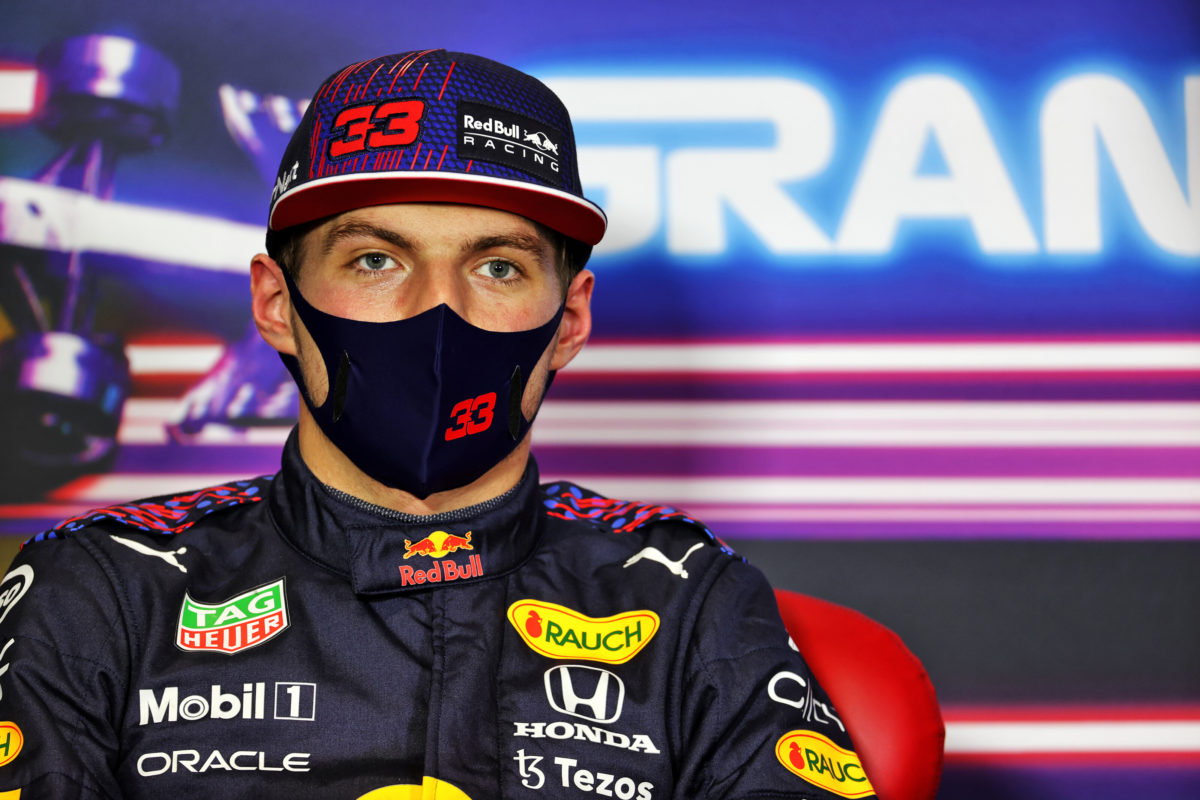 Max Verstappen has offered an explanation of his actions in parc ferme following qualifying for the Formula 1 Sao Paulo Grand Prix.

The Red Bull driver was fined €50,000 for touching the rear wing of Lewis Hamilton’s Mercedes following the session in which the latter claimed provisional pole.

The incident occurred prior to Hamilton being referred to the stewards amid concerns regarding the legality of his rear wing, which ultimately saw him excluded from the session.

Though centred on the same component, Verstappen’s referral to the stewards was unrelated to suggestions the Mercedes wing was illegal.

“I was clearly looking at the wing,” the championship leader said when asked about his actions.

“You can see on the video what I did exactly as I was just looking at how much the rear wing was flexing at that point.”

Hamilton was excluded not for a flexible rear wing, but for the DRS slot to be too great – by 0.2mm on the right-hand-side team boss Toto Wolff has since revealed.

Verstappen went on to explain that rumours regarding the way the Mercedes wing behaved at speed piqued his interest in it on Friday.

“There have been talks, and of course there’s things to still look into because, at a certain speed, it seems like the wing is flexing,” he said.

“We had, in the beginning of the season, we had to change the rear wings a bit because of the back off, but it seems like something is still backing off over there, so that’s why I went in and had a look.”

A technical directive issued earlier in the season saw Red Bull have to change its rear wings to prevent them flexing under load.

In Turkey, a system on the Mercedes saw the rear of the car droop under load, achieving a similar result to that achieved by Verstappen’s car earlier in the season.

Prior to the fine being handed down, team boss Christian Horner said he would be “amazed” if anything came of the incident.

“There’s so many precedents that have become standard practice for drivers, if you were to look at every single incident, where do you draw the line,” he said on Sky Sports.

“Even the driver hugging his mechanics, you know, where do you draw the line on that?”

It was a point conceded by the FIA stewards in handing down Verstappen’s punishment, noting the parc ferme regulations had not been policed tightly enough.

“It is clear to the Stewards that it has become a habit of the drivers to touch cars after qualifying and the races,” the stewards noted in their report.

“This was also the explanation of Verstappen, that it was simply habit to touch this area of the car which has been a point of speculation in recent races between both teams.

“This general tendency has been seen as mostly harmless and so has not been uniformly policed.”

Verstappen’s fine is therefore something of a line in the sand, with the FIA now expected to more strictly monitor what happens in parc ferme.

That approach has already been adopted by teams, with Mercedes instructing Hamilton not to touch cars as he stepped from his Mercedes after Sprint Qualifying.

McLaren too has begun instructing its drivers to steer clear of other cars.

Meanwhile, Verstappen joked officials can now enjoy an especially good dinner on the money, which he and not the team will have to stump up for.

“It’s quite a big fine, so I hope they have a nice dinner and a lot of wine – I hope good expensive wine, that will be nice,” he joked.

“And they can invite me for dinner as well, I’ll pay for that dinner too.”

Having inherited first place on the grid for Sprint Qualifying following Hamilton’s exclusion from qualifying, Verstappen slipped to second behind Valtteri Bottas in the Saturday afternoon encounter.

He’ll now line up on the inside of the front row for the start of Sunday’s race, which commences at 04:00 AEDT on Monday morning.