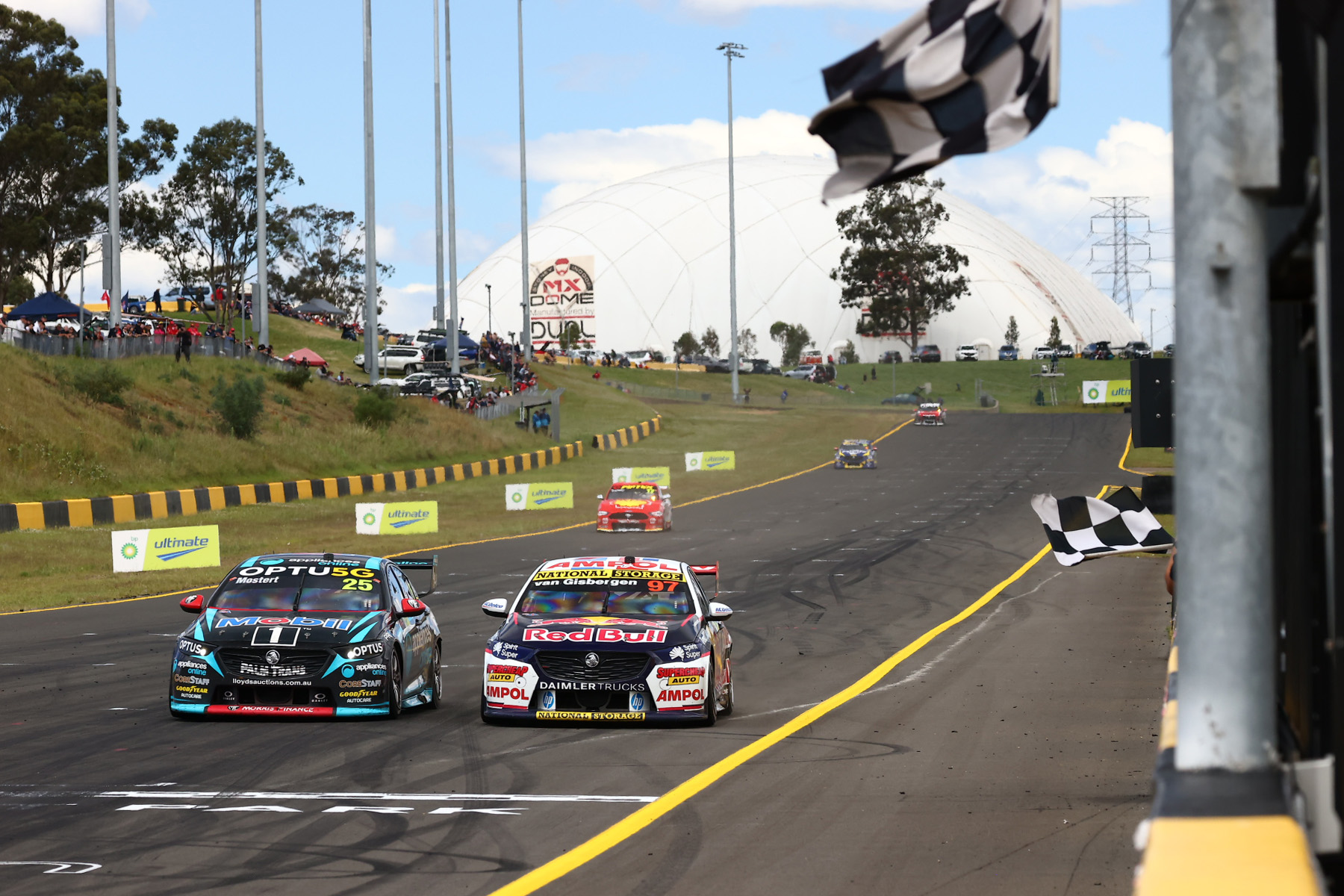 Shane van Gisbergen has admitted he was eager to make up for a mistake in qualifying, charging through to third in a photo finish at the BP Ultimate Sydney SuperSprint

The Red Bull Ampol Racing driver started Race 27 from eighth, after copping a three-place grid penalty for impeding Jack Le Brocq, and only gained one place before pit stops began in earnest.

Van Gisbergen found himself stuck behind Irwin Racing’s Mark Winterbottom in the opening phase of the 32-lapper.

Winterbottom would pit on Lap 14, leaving van Gisbergen to his own devices.

Eventually, van Gisbergen would find his way to the lead before he pitted on Lap 19.

As the last to stop, he had the freshest tyres of all for the run home.

Having fallen to 10th, van Gisbergen quickly dispatched the likes of Jack Le Brocq, Will Brown, and Nick Percat.

The final stanza of the race would see Will Davison embroiled in a battle with Jamie Whincup and Chaz Mostert for second through fourth.

As that played out, van Gisbergen was able to hunt down the trio. Whincup, Mostert, and van Gisbergen all dispatched Davison by the end.

With one lap to go, Mostert held a half-second advantage over van Gisbergen. However, a slide out of the final corner would allow the Kiwi to get alongside and pip him at the post for third.

“The first bit I thought, ‘Oh, we might be stuck’ and then we did something different with the tyres and ended up taking less than a few guys.

“At the end was a lot of fun, carving through, everyone was racing well, and then the last corner with Chaz.

“I just saw him slide and keep wiggling. I was head down on the wheel like a go-kart trying to go faster. Really cool.

“I felt pretty bad for everyone and also Jack for my mistake in qualifying,” he added.

“I had to make up a few spots then. It was good fun doing it. I hope everyone enjoyed it.”

Van Gisbergen said he was worried he might not be able to pull together a strong result having spent so long under Winterbottom’s rear wing in the early going.

“I was stuck behind him, he was so slow, but then he got going in his second stint,” van Gisbergen explained.

“I just saw the leaders getting away and away. It took a little bit of pain to be fast at the end.”

“Next [race] is good. We’re both on the front row. Hopefully good teamwork and we’ll try both run away.”

Race 28 takes place at 16:45 local time/AEDT where Whincup will start from pole position with van Gisbergen at his side.