Rossi ‘so proud’ of last ever MotoGP qualifying

Rossi ‘so proud’ of last ever MotoGP qualifying 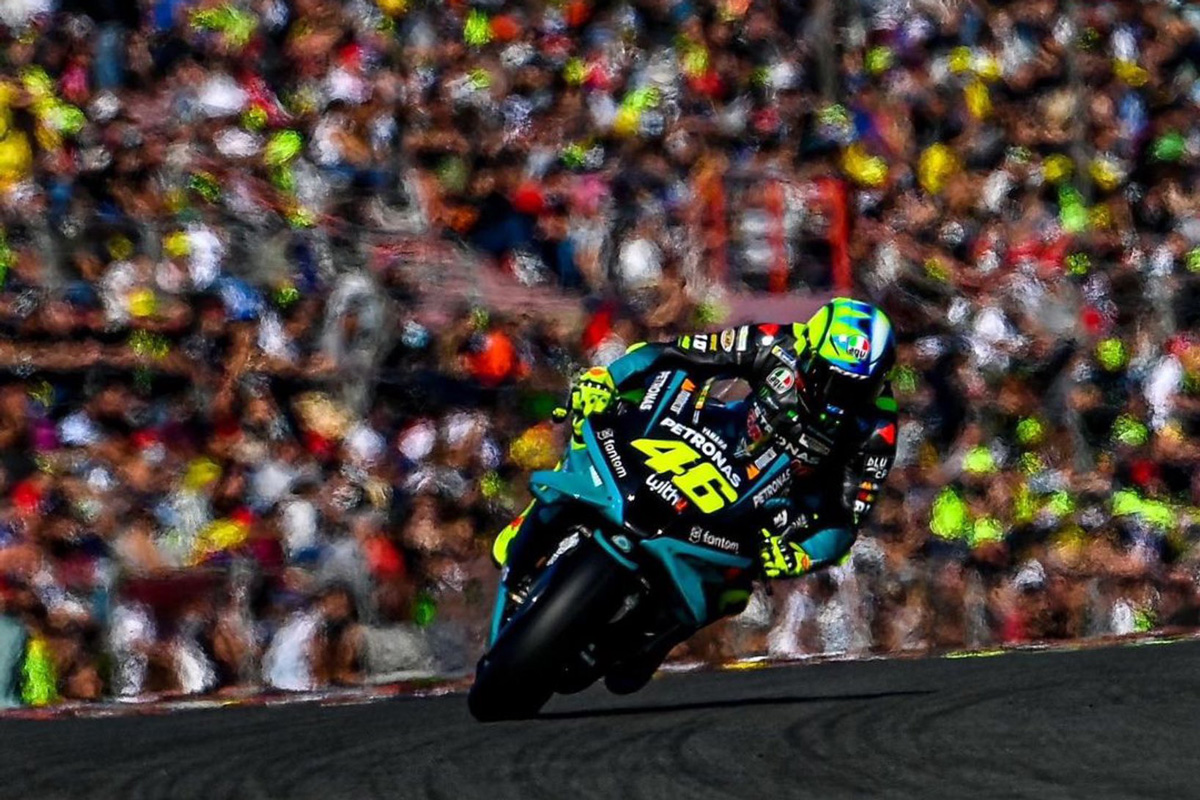 Retiring legend Valentino Rossi has thanked Italian compatriot Francesco Bagnaia for helping with a slipstream during the final qualifying session of his illustrious MotoGP career.

It’s been a tough swansong for the seven-time premier class world champion, sitting 20th in the points heading into the season-ending Valencia Grand Prix.

Having made a slow start to the weekend – finishing Friday slowest of all on combined practice times – Rossi rose to the occasion to treat his faithful to a fine qualifying performance.

The 42-year-old will line up 10th for the grand prix, which kicks off at midnight (AEDT).

“I was able to do a good lap in Q2 and I will start my last MotoGP race in the top 10, so it means that I am part of the fastest 10 riders in the world,” Rossi said.

“I am so proud of this for me, but also for my team.

“Now we need to improve in two or three places, try to ride well and have a good race.”

The Petronas Yamaha SRT rider thanked Bagnaia for offering a helping hand: “I did have some help from Pecco, as I used his slipstream both this morning and afternoon, so I have to say thanks to him.

“To be honest, I was worried about this weekend because it is difficult to manage everything, but everything has been good and I have enjoyed the many surprises, like the big mural.

“So I want to say thank you to everybody, I’m enjoying it all.”

Rossi has 199 premier class podiums to his name, plus a world championship in each of 250cc and 125cc classes.