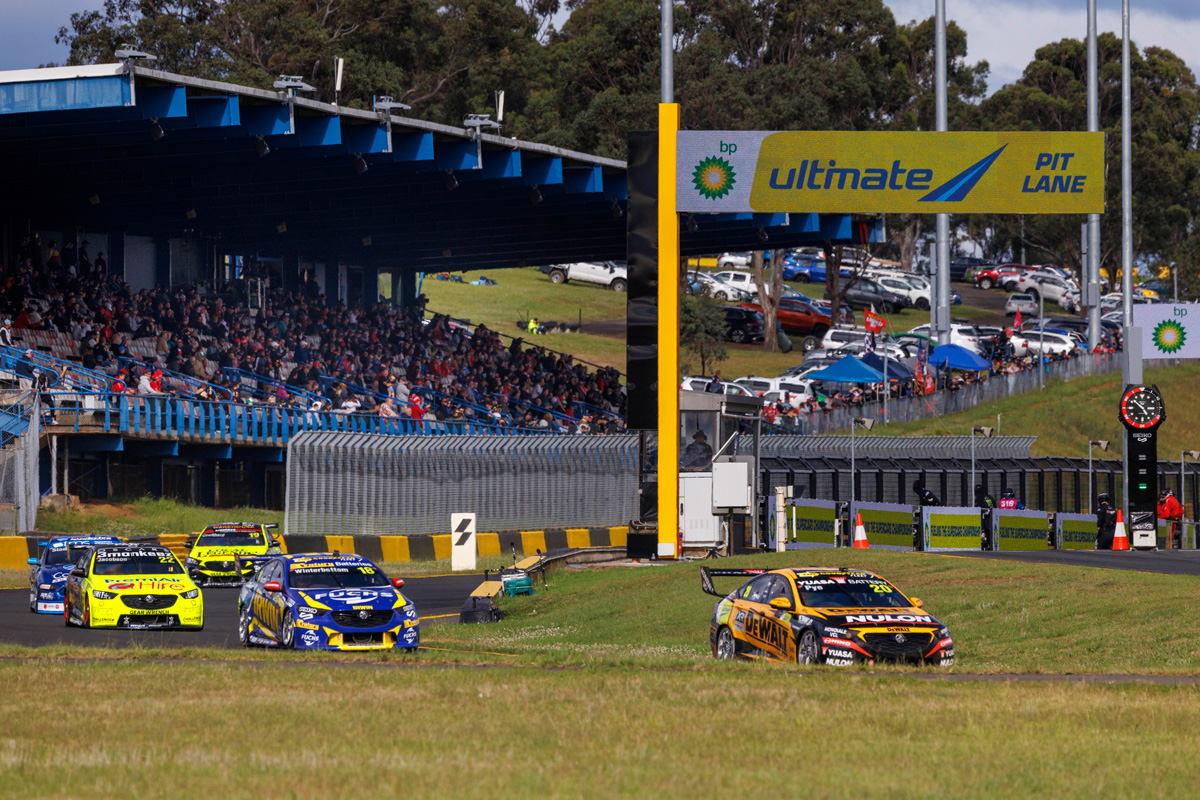 Team 18 duo Scott Pye and Mark Winterbottom have condemned the overly aggressive driving being displayed by midfield runners in the Repco Supercars Championship.

On the whole, the Charlie Schwerkolt-led squad enjoyed a step forward this weekend, more commonly running inside the top 10 than the previous two events at Sydney Motorsport Park.

However, its drivers were less than pleased with what their rivals served up, both taking to national television on Supercars Trackside to voice their frustrations.

“Driving standards, I’m pretty sure we’re going to get a chat to next week, it’s getting pretty bad,” said Pye, who sustained costly damage in Race 27 earlier today.

“To be honest, you just get tired of it.

“We’ve seen racing and it’s awesome when you can go door-to-door for multiple corners and usually up the front it’s like that, but today and yesterday… I mean, our cars look like Super3 cars, they’re bashed up.

“And everyone, to be honest, they’re down the inside and just drive you off the track so hopefully that changes for next week and we can put on some good racing again.”

“The actual standards of driving in that mid-pack is pretty poor, but [if] you qualify at the front you don’t deal with that sort of crap, do you?” he mused.

“So a bit of a carrot to work harder and get better, but good result this morning and not a great way to go home tonight, but it is what it is.”

Winterbottom and Pye hold ninth and 13th in the standings, respectively.