No decision yet on in-pain Espargaro for Valencia MotoGP

No decision yet on in-pain Espargaro for Valencia MotoGP 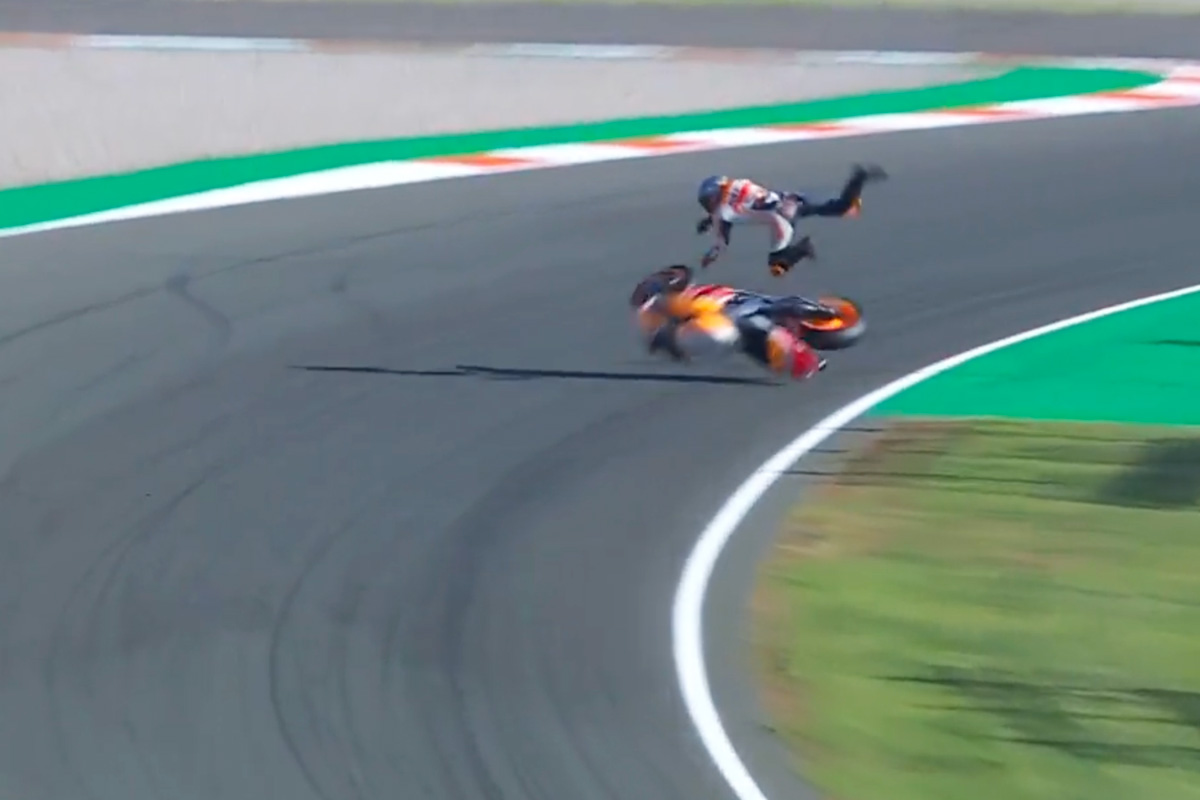 The Spaniard was the sole Repsol Honda Team rider entered in the season finale, with Marc Marquez still sidelined, and the team opting not to field Stefan Bradl as a replacement this time around.

A Honda Racing Corporation statement noted Espargaro had visited the on-site medical centre and then been transported to hospital, with scans revealing “heavy bruising especially around the right thorax and abdomen”.

“Unfortunately, today I had a very big crash during FP3 at Turn 13,” the 30-year-old said.

“The impact was very hard but fortunately I have no serious injuries and nothing appeared broken in the tests we did at the hospital.

“At the moment I have a lot of pain from around my ribs when I breathe, this is what hurts most.

“I’m really disappointed because we had great speed and I was feeling really confident. I’m sorry for my team.

“Tonight we will rest, take painkillers and see what the situation is in the morning.”

The premier class race at Valencia kicks off at midnight tonight (AEDT).