Miller threw everything at Valencia pole

Miller threw everything at Valencia pole 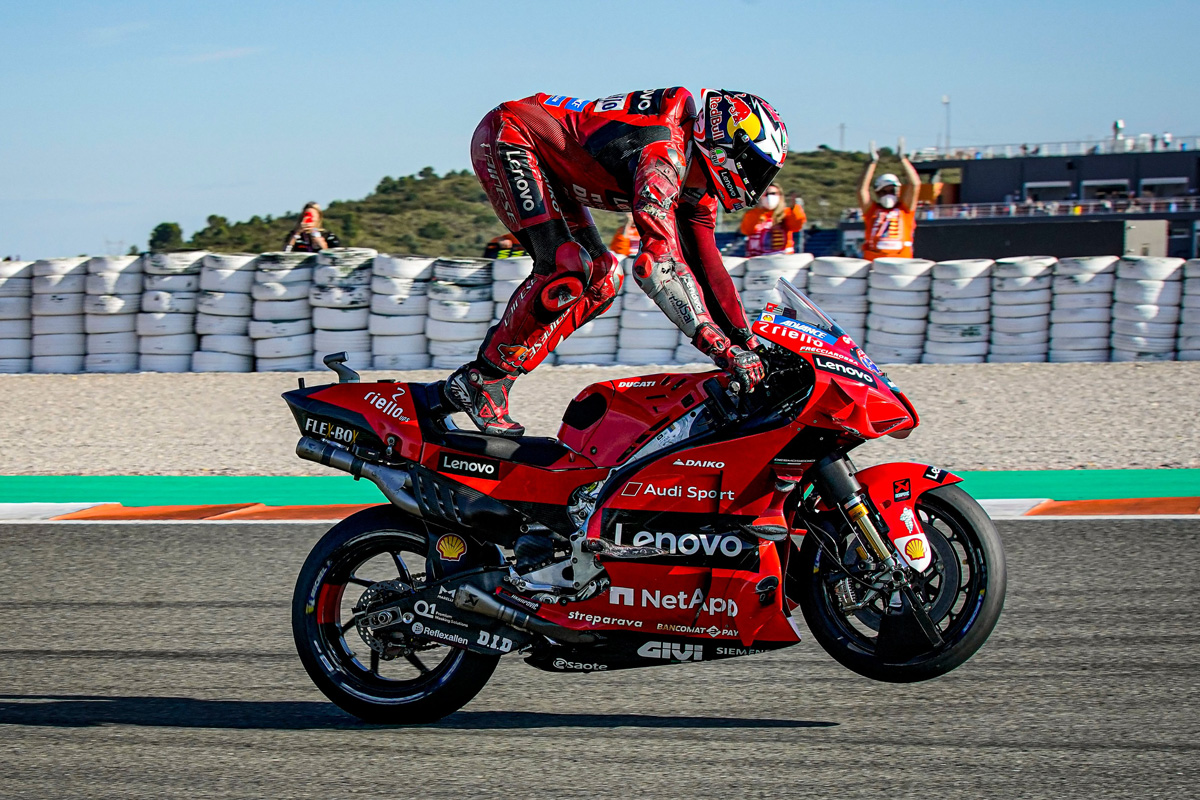 Jack Miller left nothing on the table in pursuit of the second pole position of his MotoGP career at Valencia last night.

Miller was among a trio of Ducati riders challenging for pole at the season finale; himself, Francesco Bagnaia and Jorge Martin finding themselves in the hunt at various points.

But while Bagnaia and Miller crashed in the closing stages, Martin shot to the top as the first and only man into the 1:29s.

On a last-ditch flyer, Miller’s hopes of a first pole since the 2018 Argentine Grand Prix vanished when he dropped his #43 at Turn 11.

“I definitely tried to throw everything I had at it,” said the Ducati Lenovo Team rider, who will still start third.

“Last qualifying of the year, I would have loved to have come away with a pole.

“We were ever so close so many times, but it was good.

“I’m happy with the performance all weekend so far, I’m feeling good.

“Starting off the front row is always important but I was definitely not leaving anything on the track today and unfortunately it jumped up and got me.

“Only a little one, just tucked the front, but nonetheless feeling good for tomorrow.”

Bagnaia will also be on the front row despite his incident at Turn 2.

“I’m happy with today’s result in qualifying. Unfortunately, I was pushing too hard on the last lap and crashed,” said the Italian.

“Despite that, we’re starting from the front row, from the second position, and that’s a good result.

“Valencia is not one of the tracks that best suits my riding style, and this is the first year I have been able to be competitive here.

“All weekend I have struggled to be perfect on a single lap, but the pace for the race is good.

“We’ve been working well all weekend, and we already know what tyres we’ll use for the race, so I’m positive and ready for the final grand prix of the season.”

The premier class race tonight will get underway at midnight (AEDT).