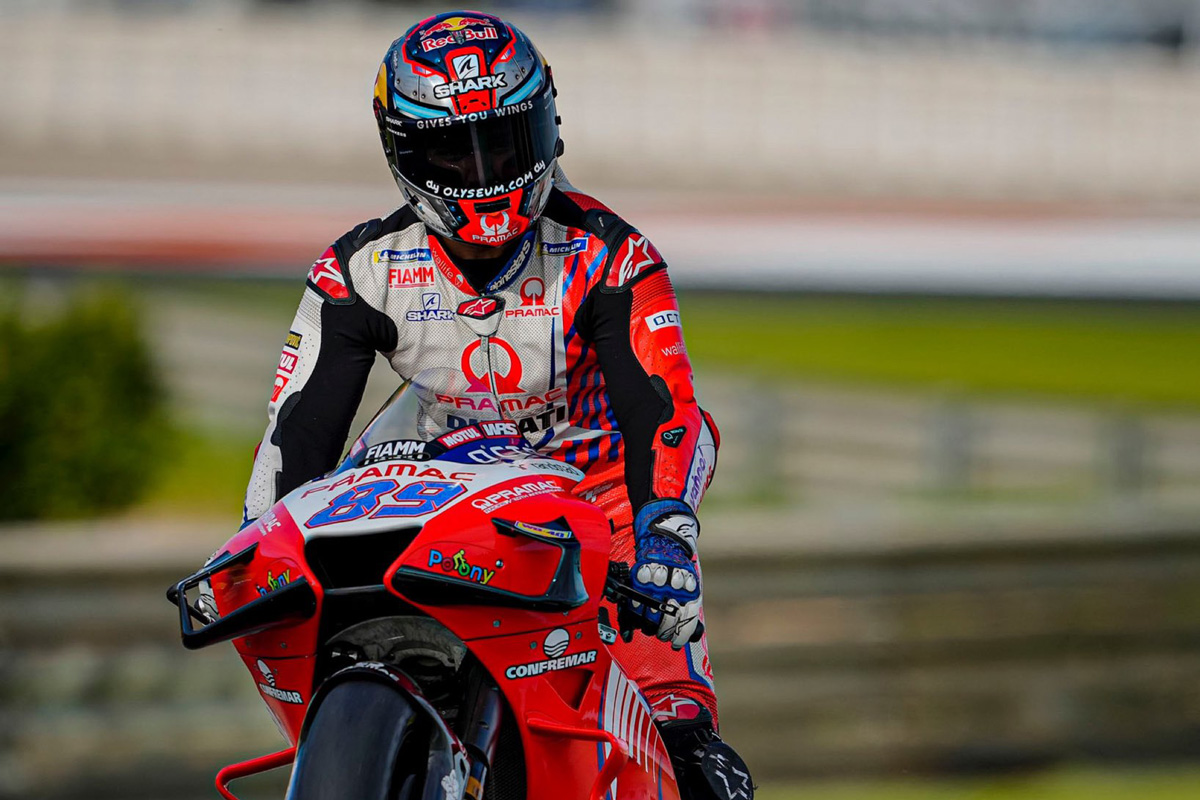 Having held sway following the initial runs in Q2, Jack Miller was on a last-ditch lap that might just have delivered the second pole of his premier class career until crashing out at Turn 11.

The Australian thus had to settle for third, behind fellow Ducati Lenovo Team rider Francesco Bagnaia who also crashed in the dying minutes.

Miller burst of the blocks in Q2 with the fastest lap of the weekend, a 1:30.479s, on his first attempt.

He then went faster again his second time around with a 1:30.325s – only for Martin to exactly match that effort and move into provisional second.

Martin then pounced with a 1:29.936s, which proved good enough for the fourth pole of his young MotoGP career.

Like Rins, Brad Binder went about things the hard way by having to go through Q1 but mustered seventh on the gird, ahead of champion-elect Fabio Quartararo and Free Practice 4 pace-setter Takaaki Nakagami.

The Italian had looked a chance of progressing out of Q1 before Binder displaced him, joining Rins in the top two.

Alex Marquez crashed out at Turn 2, resigning him to 19th, only ahead of a struggling Miguel Oliveira and Pol Espargaro.

The latter entered Valencia as the sole Repsol Honda Team entry, but did not take part in qualifying after a brutal Free Practice 3 highside at Turn 13.

The season-ending race will get underway at midnight tomorrow (AEDT).