Horner would be ‘amazed’ by Verstappen penalty

Horner would be ‘amazed’ by Verstappen penalty 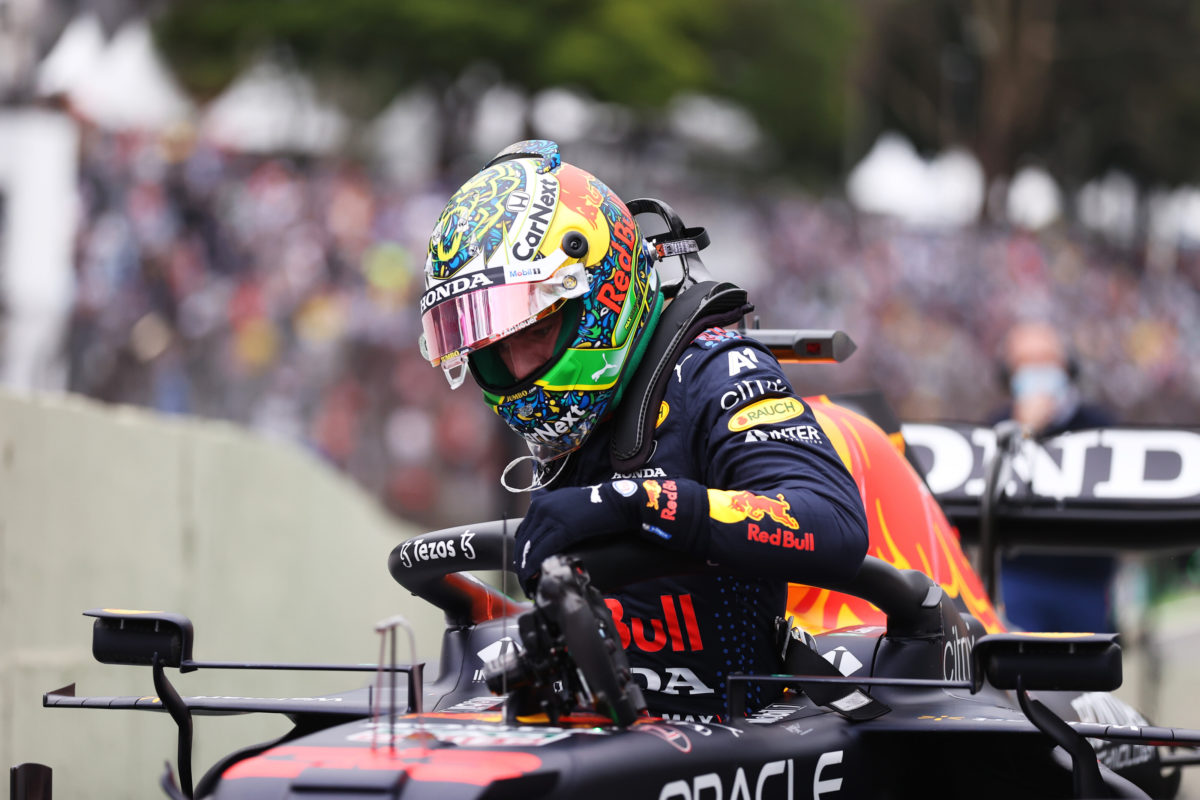 Red Bull team boss Christian Horner had admitted he would be “amazed” if Max Verstappen was punished for his Brazilian parc ferme faux pax.

Verstappen and Red Bull team manager Jonathan Wheatley fronted the stewards on Saturday morning, though no judgement was handed down prior to Free Practice 2 commencing.

“I’d be amazed if it was [a penalty],” Horner told Sky Sports when asked what he expected the outcome to be.

“There’s so many precedents that have become standard practice for drivers, if you were to look at every single incident, where do you draw the line?

“Even the driver hugging his mechanics, you know, where do you draw the line on that?”

While not expecting a penalty for Verstappen, Horner was less optimistic about Hamilton’s chances.

The Mercedes driver also fronted the stewards after his rear wing failed a post-qualifying scruitineering check.

“The car has been reported as juice because it failed the test,” he noted.

“The test is quite clear, I think we all saw the video footage of the car failing the test, so I can’t see how it could then be deemed to comply with the regs.

“It’s, again, fairly binary; he’s either in or out.

“I remember back in 2012, we had an issue with the front wing, it failed a test.

“We were kicked out, had to start from the back of the grid.

“You have the right to appeal, of course, as a team, we chose not to on that day but still [were] able to come through to P3.”