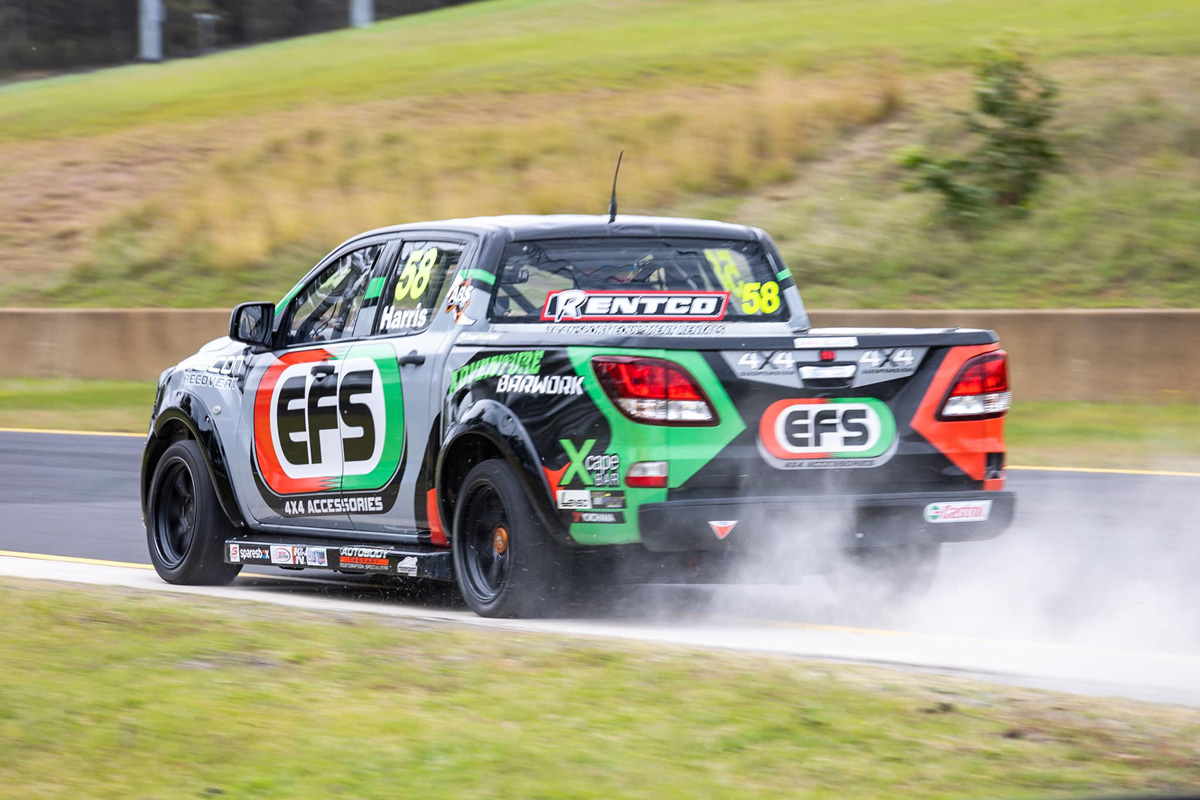 A sterling start has laid the platform for Ryal Harris to make it two-from-two in the Haltech V8 SuperUte Series at the BP Ultimate Sydney SuperSprint.

Starting sixth based on the top 50 percent reverse grid format, Harris launched into second on the short run to Turn 1.

He then would grab the lead from Jaiden Maggs three corners later, and was unchallenged from there.

Behind, Cameron Crick made a similarly lightning start to move from eighth to third in the opening stages, and he held second for the majority of the race.

He was only deprived of that position on the penultimate lap when championship leader Aaron Borg forced his way past.

Borg had done a nice job of progressing forward from a steady first lap, including avoiding some mid-race Turn 2 carnage as Matt McLean dived up the inside of him and tagged Maggs.

Borg did close the gap to Harris, but such was the buffer the latter had built, the final difference was still 3.153s

By virtue of the half-points reverse grid outing, Gerard and Jaiden Maggs had started on the front row.

Gerard dropped to eighth by the end, while Jaiden would be the sole non-finisher.