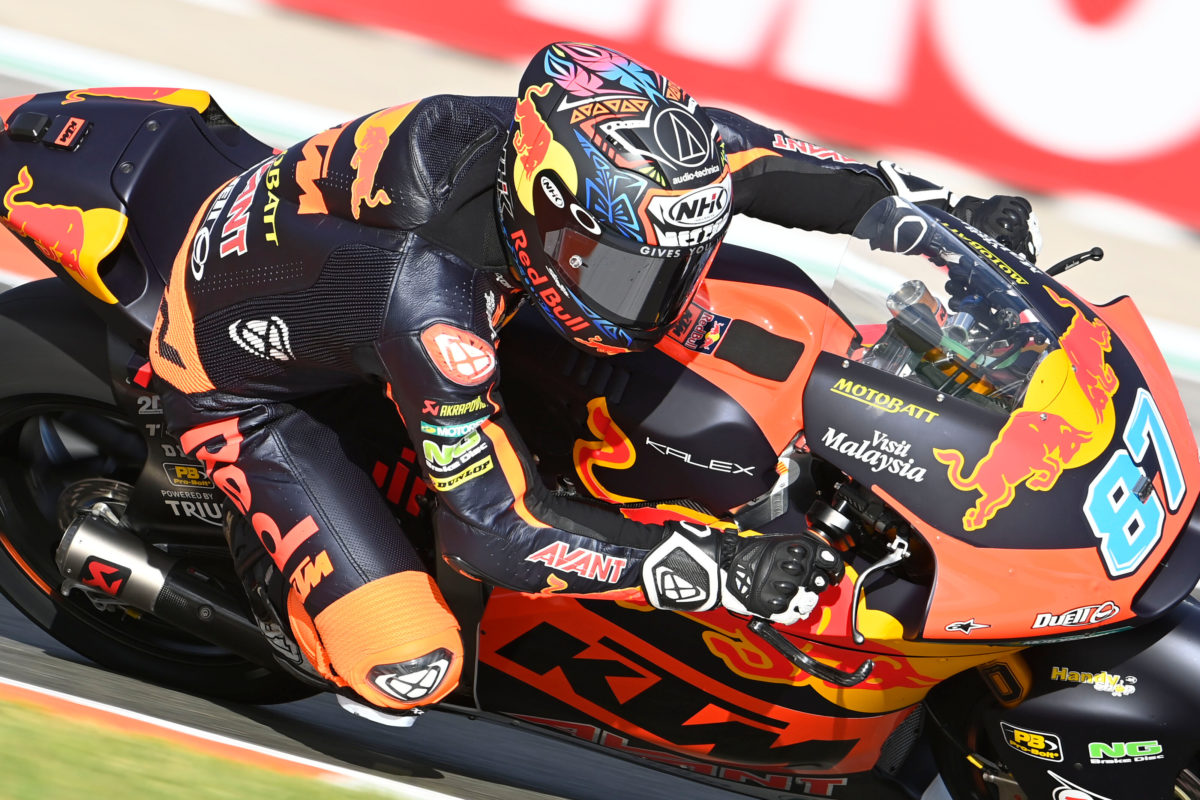 Raul Fernandez crashed as he qualified fifth while Remy Gardner will line up eighth on the grid for a Valencia Moto2 Grand Prix at which one will seal the championship.

Pole position instead went to veteran Simone Corsi (MV Augusta Forward), who will be joined on the front row by Celestino Vietti (Sky VR46) and Augusto Fernandez (Elf Marc VDS).

The latter was fastest after the first flyers on a 1:35.828s, as the title-contending Red Bull KTM Ajo duo were involved in some track position games.

Augusto Fernandez with a 1:35.032s and then Celestino Vietti (Sky VR46) with a 1:35.005s moved into provisional pole just past halfway in the 15-minute Qualifying 2 hit-out, as the KTM Ajo riders sat in pit lane.

Corsi then used a slipstream from Augusto Fernandez to snatch first position when he clocked a 1:34.956s as the session moved into its final five minutes.

When Raul Fernandez returned to the circuit for his second run, he tucked the front and crashed Bike #25 at Turn 2, while fourth-fastest.

The Spaniard remounted but there would be no advance on his personal best lap time, making for a significant blow given he has to win the race to have any chance of being champion.

Fabio Di Giannantonio (Federal Oil Gresini) looked like he had denied Corsi when he jumped from sixth to provisional pole on a 1:34.893s but the lap would be scrubbed due to a breach of track limits at Turn 12.

Augusto Fernandez improved his time but not his position on each of his final two laps, meaning #37 was still third when Di Giannantonio had one last crack at pinching pole. 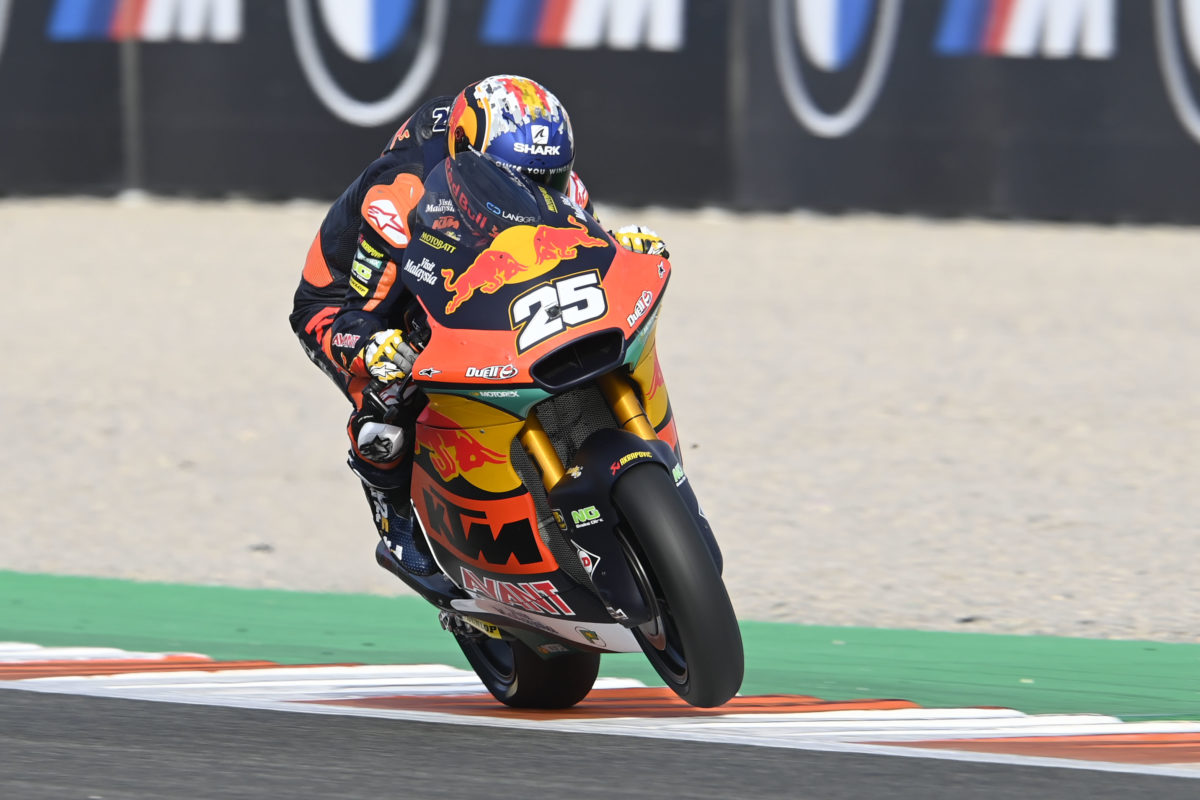 The Italian could only move from one side of the second row to the other as he went to fourth-fastest.

As such, pole is Corsi’s, with Vietti and Augusto Fernandez to start alongside, with Row 2 being Di Giannantonio from Raul Fernandez and Thomas Luthi (Pertamina Mandalika SAG).

Gardner, whose task is to finish 13th or better in the race to clinch the crown, admitted, “Today was a tough day for us.

“FP3 did not go the way we wanted and the changes we made to the bike yesterday were not perfect.

“However, we went into qualifying with a slightly different set-up, we had a better feeling and we were closer in terms of our pace.

“Tomorrow we hope to have fun, have a good time and finish the race. Thanks again to the team for the work that they did.”

Raul Fernandez remarked, “I’m happy with how the day went, especially with the rhythm we had this morning.

“In the afternoon, in qualifying, I suffered a crash after feeling a vibration from the bike. Despite this, the day was positive.

“For tomorrow we have a strong pace and we will fight for a positive result to end the season, as it will also be my last contest in Moto2.”