Espargaro ruled out of MotoGP finale

Espargaro ruled out of MotoGP finale 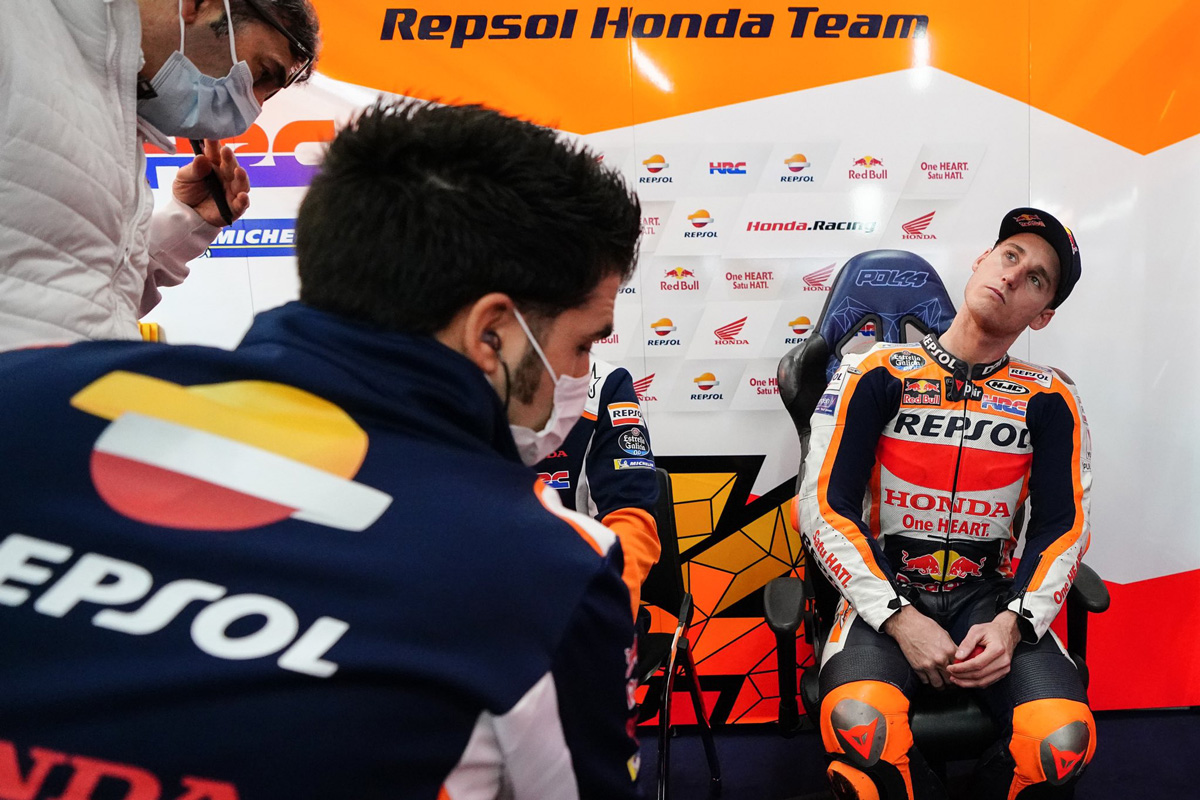 There will be no factory Honda representation at the Valencia Grand Prix tonight after Pol Espargaro was ruled out of the MotoGP season finale.

The Repsol Honda Team had already been reduced to one entry with Marc Marquez still recovering from a training accident, and the decision made not to deploy Stefan Bradl as a substitute for the second successive weekend.

Its last rider left standing, Espargaro, suffered a brutal highside during Free Practice 3 that left him hospitalised with “heavy bruising” and rib pain.

It’s now been confirmed that he will take no further part in the event.

“After assessing his condition this morning, Pol Espargaro will not participate in the #ValenciaGP as he and the Repsol Honda Team focus on the Jerez Test,” it was announced via a statement posted to social media.

That leaves a 20-strong field for Valentino Rossi’s farewell grand prix, for which he’ll start 10th.

In his first season since switching from Red Bull KTM Factory Racing, the younger Espargaro brother had made gains of late, finishing runner-up to Marquez at the Emilia Romagna Grand Prix last month.

The premier class race at Valencia will start at midnight (AEDT).

The post-season test will take place next week at Jerez on November 18-19, with Marquez already ruled out of that.