‘Dog eat dog’: Whincup vows to fight for every win

‘Dog eat dog’: Whincup vows to fight for every win 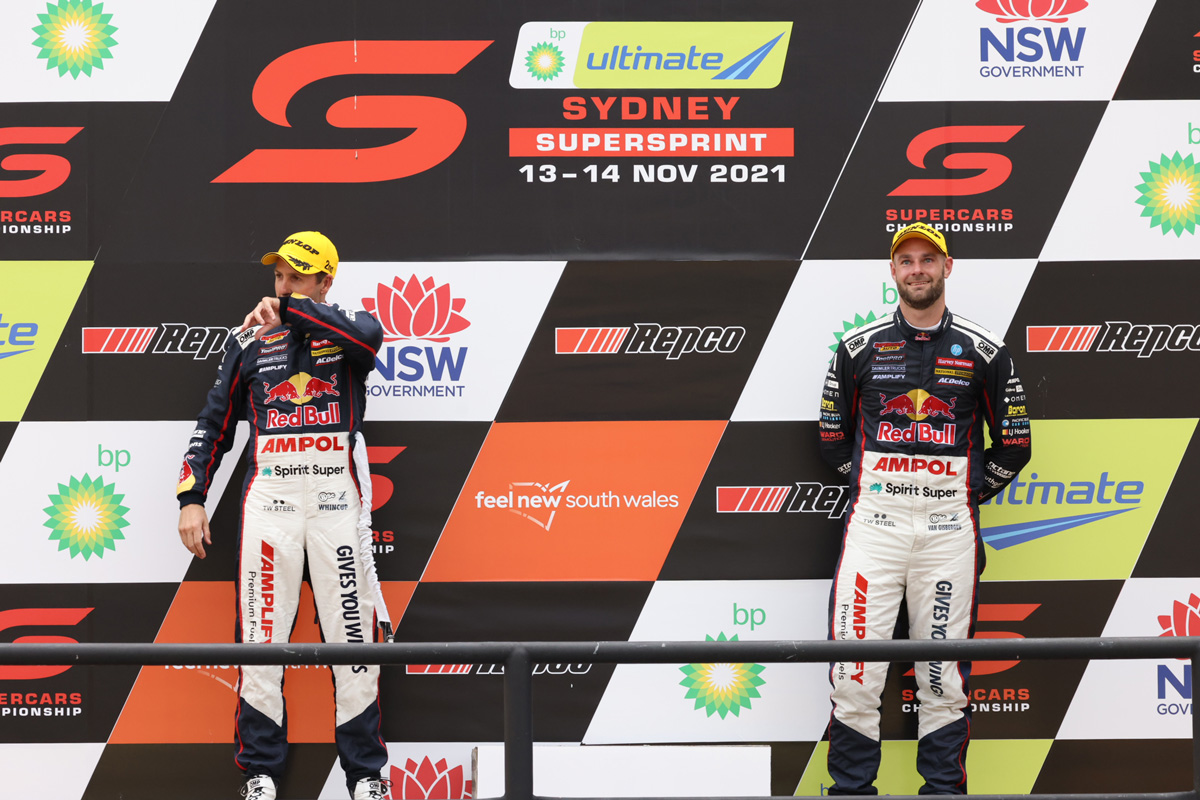 With just three races remaining in his full-time Repco Supercars Championship career, Jamie Whincup says he won’t give away any opportunity to win.

The declaration comes after a heated battle in Race 28 between him and his Red Bull Ampol Racing team-mate Shane van Gisbergen, which ultimately cost them both a shot at victory.

Whincup and van Gisbergen would eventually come within striking distance of eventual race winner Will Brown, but neither could overcome the Erebus Motorsport driver.

A Lap 13 pit stop would prove the difference in Brown’s success, executing an undercut on Lap 16 stopper Whincup and Lap 19 stopper van Gisbergen.

“We got a good start and the car was really good, the best it’s ever been,” said Whincup, who started from pole position.

“Unfortunately, we were good for the win there, we pitted late and were on the charge to catch Will, but SVG wanted to have a bit of a battle so I thought we’d battle together.

“I’ve only got a couple of races left so I’m not going to give any away.”

Notably, there was radio communication to Whincup to let van Gisbergen through which went unheeded.

“There was plenty going on, of course,” said Whincup when asked of the radio communication.

“We raced hard right until the end; as I said, it was a good opportunity for the win for us, but unfortunately didn’t happen because we fought each other.

Two races remain in the Sydney Motorsport Park quadruple-header with next weekend’s pair of 250km encounters at the Beaurepaires Sydney SuperNight.

The 2021 Repco Supercars Championship will come to a close at the Repco Bathurst 1000 across November 30-December 5.