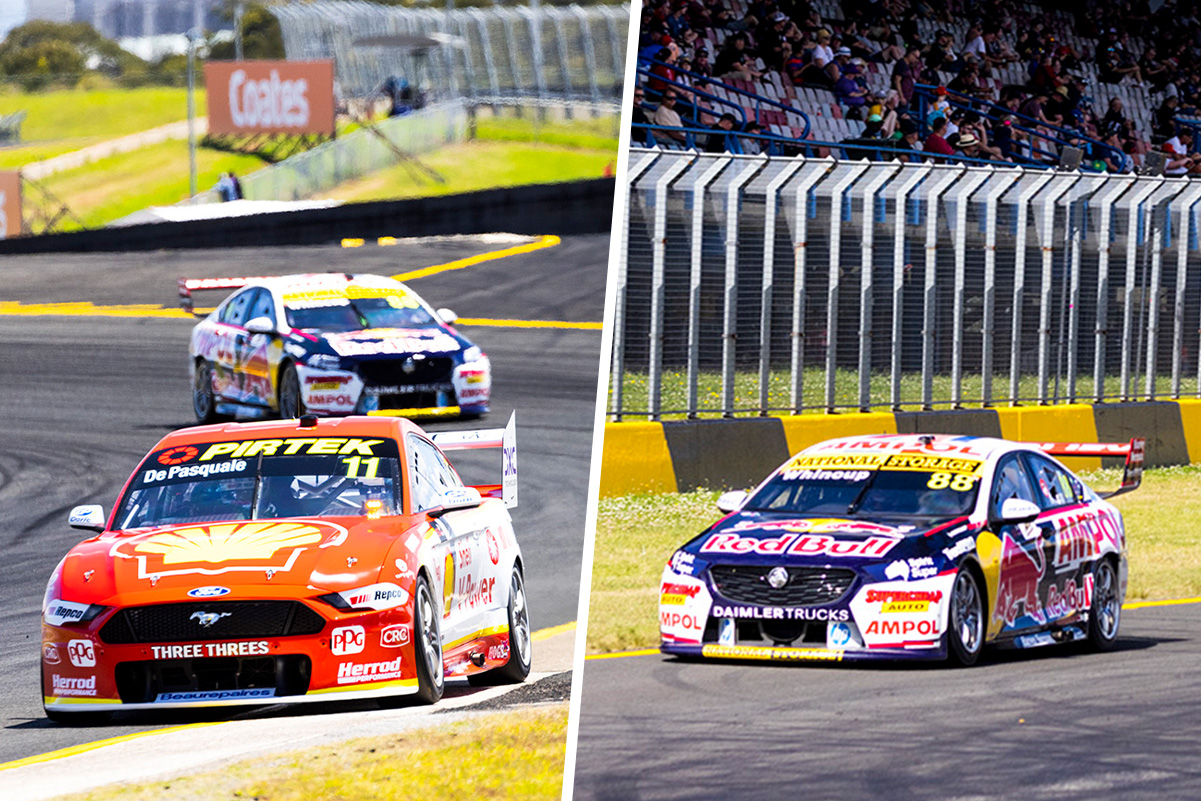 The Shell V-Power Racing Team and Red Bull Ampol Racing have each grabbed a front row lockout in the Sunday qualifying sessions at the BP Ultimate Sydney SuperSprint.

Anton De Pasquale secured pole in one red-and-white Mustang and Will Davison the other front row berth in Qualifying for Race 27 at Sydney Motorsport Park, before Jamie Whincup qualified fastest and Shane van Gisbergen second-fastest in the following 10-minute session.

De Pasquale and Whincup specifically also mirrored each other, with both going third-fastest in the session in which they did not take pole.

Van Gisbergen qualified fifth for Race 27 but the Repco Supercars Championship leader is under investigation for alleged impeding in that session, with Jack Le Brocq apparently on the receiving end.

All but Jake Kostecki (#34 Unit Racing ZB Commodore) reportedly started Qualifying for Race 27 on used tyres and he was second of those 10 who initially set a time.

De Pasquale said post-session, “It’s always hard when you come straight off the bench after a big night’s sleep and the race before and you’ve been running around on old tyres and stuff.

“Car feels pretty similar to yesterday; the track, I think, is a bit slower.

“You never really know when you’re doing the lap how you’re going to go but yeah, all good.”

Tickford Racing’s best was Le Brocq (#5 Truck Assist Mustang) in 11th but team-mate Cameron Waters was a notable in 12th in a #6 Monster Energy Mustang which was still being worked on just minutes prior to the session after their Race 26 incident.

Shifting cloud created intrigue at the start of Qualifying for Race 28, and the pace picked up when the first dozen drivers went for a lap time.

Neither Dick Johnson Racing driver nor their Triple Eight Race Engineering counterparts ventured onto the circuit until the final few minutes, when Whincup fired in a 1:28.9290s and then van Gisbergen a 1:29.1399s.

De Pasquale, who was seen circulating in traffic on his out lap, clocked a 1:29.1571s and Brown ended up fourth once again, having put his cue in the rack after his early run.

“Well, we maximised our set-up and it was interesting [because] Car #11 decided to go in the pack and maybe got a little held up,” said Whincup.

“But, we just stuck to our guns, went out, clean air in front and happy days.”

The pole-sitter also said there was no change to Car #88 between sessions.

“It was just all about maximising me, it’s such a long windy, it’s a driver’s track, you have got to nail every corner really right.

“I made a bit of a gain after the first one so the car was good.”