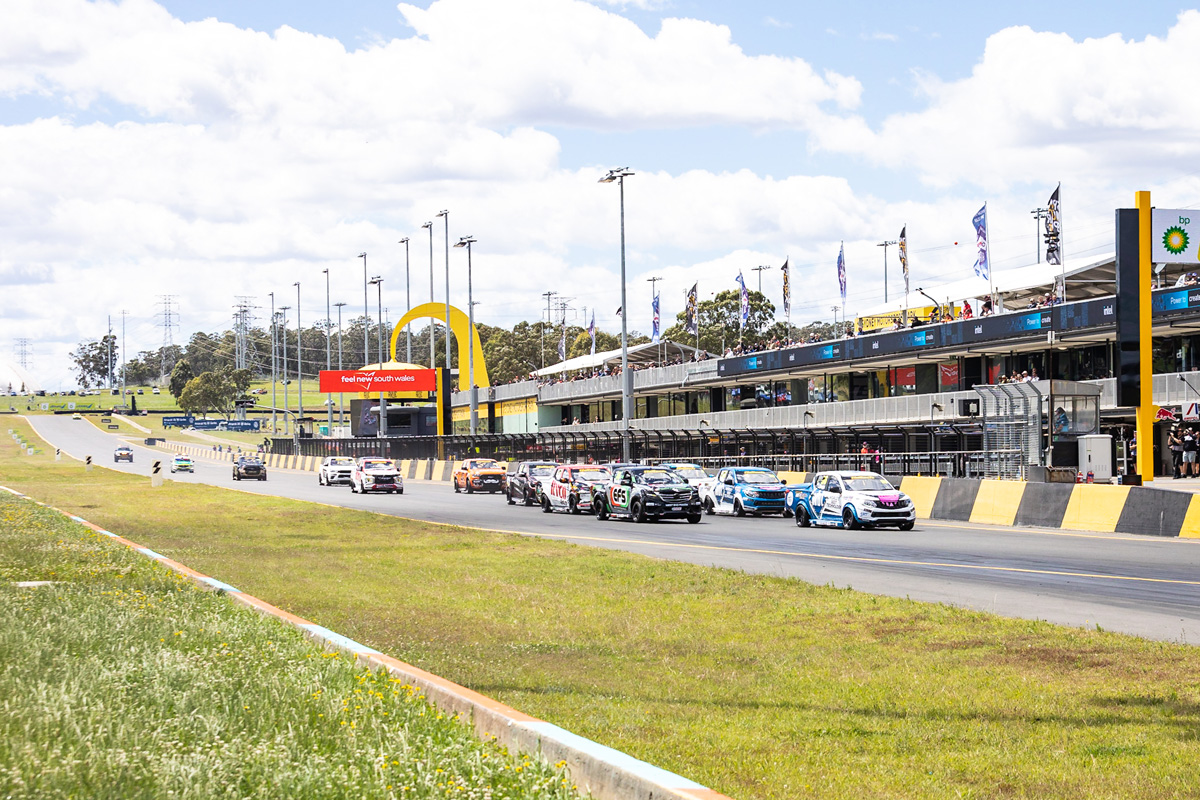 Cameron Crick has hauled himself back into the Haltech V8 SuperUte Series title fight with a second straight win at Sydney Motorsport Park.

Crick backed up his Race 3 victory to finish first in the fourth and final SuperUtes leg of the BP Ultimate Sydney SuperSprint.

In doing so, he claimed round honours.

The Triton driver had finished just eighth in yesterday’s opening race after a late tangle with Craig Woods, but cashed in on the troubles of pace-setters Aaron Borg and Ryal Harris.

Harris appeared to suffer mechanical dramas in the final two races of the event, while Borg was brought unstuck in Race 3 by a flat tyre – and Crick was there to pick up the pieces.

“It was a big turnaround for us, we were sort of scratching our heads a bit yesterday,” said Crick.

“I still wouldn’t say the car was as quick as it could be today, but the boys did a good job to tune it up.

“We were fast enough to be there when the drama between Aaron and Ryal kicked off and we picked up the pieces.

“It’s such a big step forward for the series, putting on a full weekend of exciting racing and a lot of people took notice this weekend.”

Scoring the minor placings in Race 4 was David Sieders and Borg.

Behind them was Woods, Jaiden Maggs, Gerard Maggs, an ailing Harris, Ellexandra Best, Craig Jenner, and Matt McLean down in 10th following a tyre drama.

“I’d say it was a good weekend overall, considering the issues we had,” said Borg.

“The tyre blowout in Race 3 could have really hurt us but the team fought back and got us back out there with a straight car for race four and we did the best we could have in that race.

“The big takeaway is that we’ve opened up the gap to Ryal in the points, so we have a little buffer heading to Bathurst.

“It’s great for the series, we really went back to the good old days of close and hard racing this weekend, it should look pretty cool on the Mountain.”