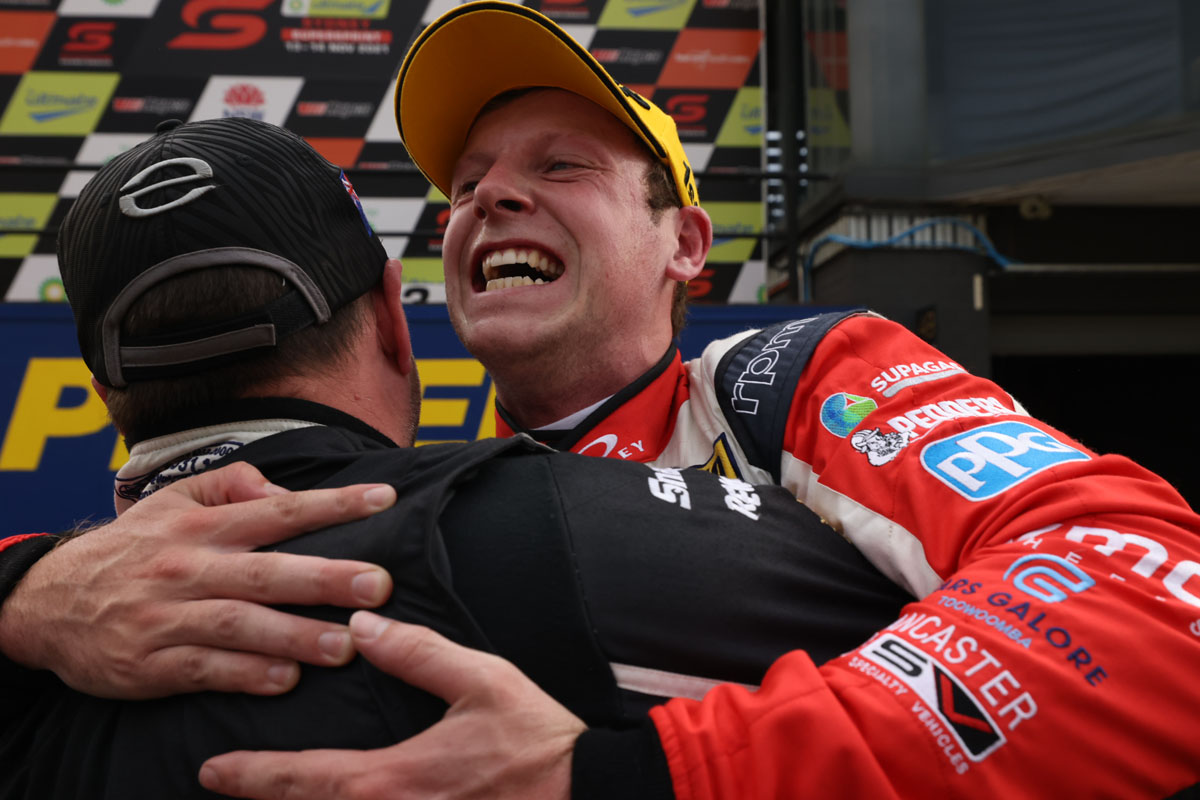 Will Brown has detailed the closing stages of Race 28 in which he held off Jamie Whincup and Shane van Gisbergen to claim his first Repco Supercars Championship race win.

The Erebus Motorsport rookie ultimately had the measure of the trailing Red Bull Ampol Racing pair in the final 32-lap race of the BP Ultimate Sydney SuperSprint.

Speaking post-race, Brown said he used van Gisbergen’s own tactics against him and Whincup to defend against the pair and make them instead squabble with one another.

That was especially evident at Sydney Motorsport Park’s Turn 8 hairpin where Brown slowed before squaring up the corner exit to get a good getaway.

“It was awesome,” Brown said on Supercars Trackside.

“When they were coming up behind me, I thought, ‘I’m gonna beat these guys up and stop it mid-corner and make them fight’.

“Luckily that worked. It’s probably a rule out of SVG’s book, so I thought I’d use it against him. It was great. It was just awesome at the end.

“I was loving it. I was thinking, ‘Get into it!’ I think they were a bit annoyed with each other but I’m glad they fought, it was awesome.

“I was trying to just minimise mistakes. I knew I just had to drive it straight, get off the corner, get that exit, and I knew I’d be able to get home.

“I think about the second- or third-last corner, when I knew I had a bit of a gap on them, it was pretty cool. I was thinking, ‘Oh, we’ve got this now’.”

Whincup and van Gisbergen were both left to lament a missed opportunity, each with fresher tyres than Brown.

In the end, their own battle meant neither would take the spoils.

Such was the intensity of the battle, the squad’s team manager Mark Dutton got on the radio to try and sort out the situation.

For Brown, the win marked a major milestone in his early Supercars career in the top tier.

Brown joins Chaz Mostert and Scott McLaughlin as the only drivers in the Car of the Future era to win in their debut season.

The Toowoomba-born car salesman thanked team bosses Betty Klimenko and Barry Ryan for picking him up.

“To get that first win in my first year, with Erebus, they’ve done a fantastic job, taking on two rookies,” said Brown.

“I just want to thank Betty and Barry for giving us this opportunity. Brodie [Kostecki, team-mate] is driving fantastic. We’ve got an awesome team environment there and everyone is just having a lot of fun.

“That’s why we started off racing; to have fun, that’s why I race.”

Brown occupies eighth in the Supercars drivers’ championship with three races remaining in 2021.