Bottas on pole as Hamilton stars in Sprint Qualifiyng

Bottas on pole as Hamilton stars in Sprint Qualifiyng 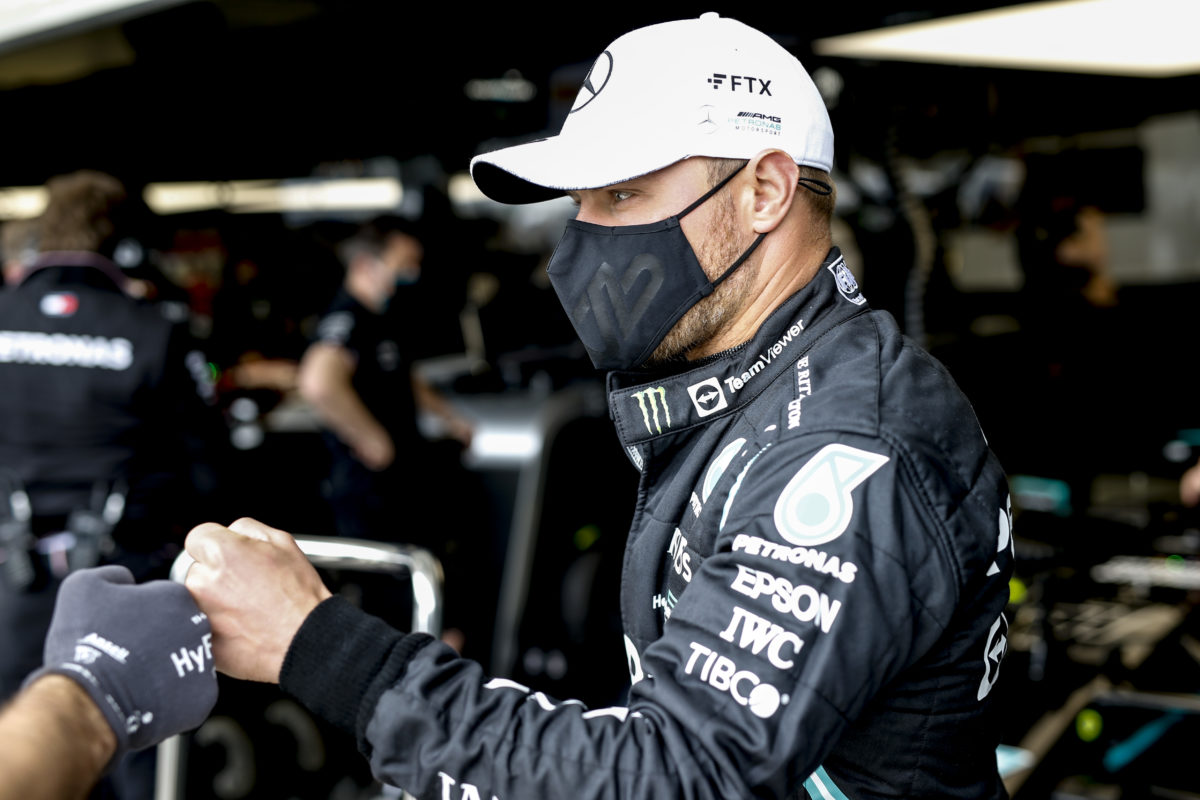 Valtteri Bottas will start from pole position after heading the field in Sprint Qualifying for the Formula 1 Sao Paulo Grand Prix.

A blinding start on soft tyres for the Finn gave him the upper hand, Max Verstappen chasing him down throughout the race but never able to mount a challenge.

However, the star of the encounter was Lewis Hamilton, who scorched his way from 20th to fifth in the space of 24 laps.

Bottas got the jump and headed the field into the opening corner, Verstappen slotting in second from Carlos Sainz.

Verstappen ran wide at Turn 4, dropping behind Sainz midway around the opening lap.

From the back of the grid, Hamilton gained four places at the start, continuing his progress to sit 14th by the end of the opening lap.

His cause was helped by a touch between the two Alfa Romeo Saubers, which left Kimi Raikkonen spinning and allowed the Mercedes driver to easily steal the place.

As they started Lap 4, Verstappen used DRS to ease his way back into second after putting a move on Sainz.

Hamilton was in a feisty mood, passing Yuki Tsunoda into Turn 1 before immediately launching an attack on Antonio Giovinazzi.

Midway around the lap, he found a way beyond the Italian and set off after 11th placed Fernando Alonso.

Hamilton’s progress then slowed somewhat as he found himself tagging into the back of a DRS train which ran from Esteban Ocon in eighth to Hamilton in 12th.

Out front, Bottas saw his lead begin to drop as Verstappen ate into the advantage.

The pair had pulled well clear of the rest of the pack, third placed Sainz 7.8s down after seven laps.

Hamilton was able to pick off Alonso at the start of Lap 7, the Spaniard powerless in the face of the DRS-enabled Mercedes.

On Lap 13, Hamilton stole 10th from Daniel Ricciardo as his progress forward continued.

In the lead, Bottas had Verstappen for company, the Red Bull in DRS range as they began Lap 15.

Though not far behind in Bottas’ wheel tracks, Verstappen offered no threat to the race leader.

Back down the road, Hamilton moved into ninth after passing Sebastian Vettel with Ocon next on his hit list.

The Alpine fell victim next time around, leaving the Brit chasing the AlphaTauri of Pierre Gasly, who’d slipped down the order after a poor start.

An enormous DRS affect saw Hamilton easily take the place, freeing him to chase down Charles Leclerc, who was 3.8s up the road.

On Lap 20, Hamilton moved by Leclerc to claim sixth place, Lando Norris a little over two seconds ahead the last realistic target left.

Bottas began the final lap with a 1.1s lead over Verstappen, while a clinical late move from Hamilton saw him pick Norris’ pocket into the first corner.

Pole position for the Sao Paulo Grand Prix duly went to Bottas, crossing the line ahead of Verstappen to claim Sprint Qualifying.

Third went to Sainz over Perez, with Hamilton in fifth place, a result which will leave him 10th on the grid for Sunday’s race.