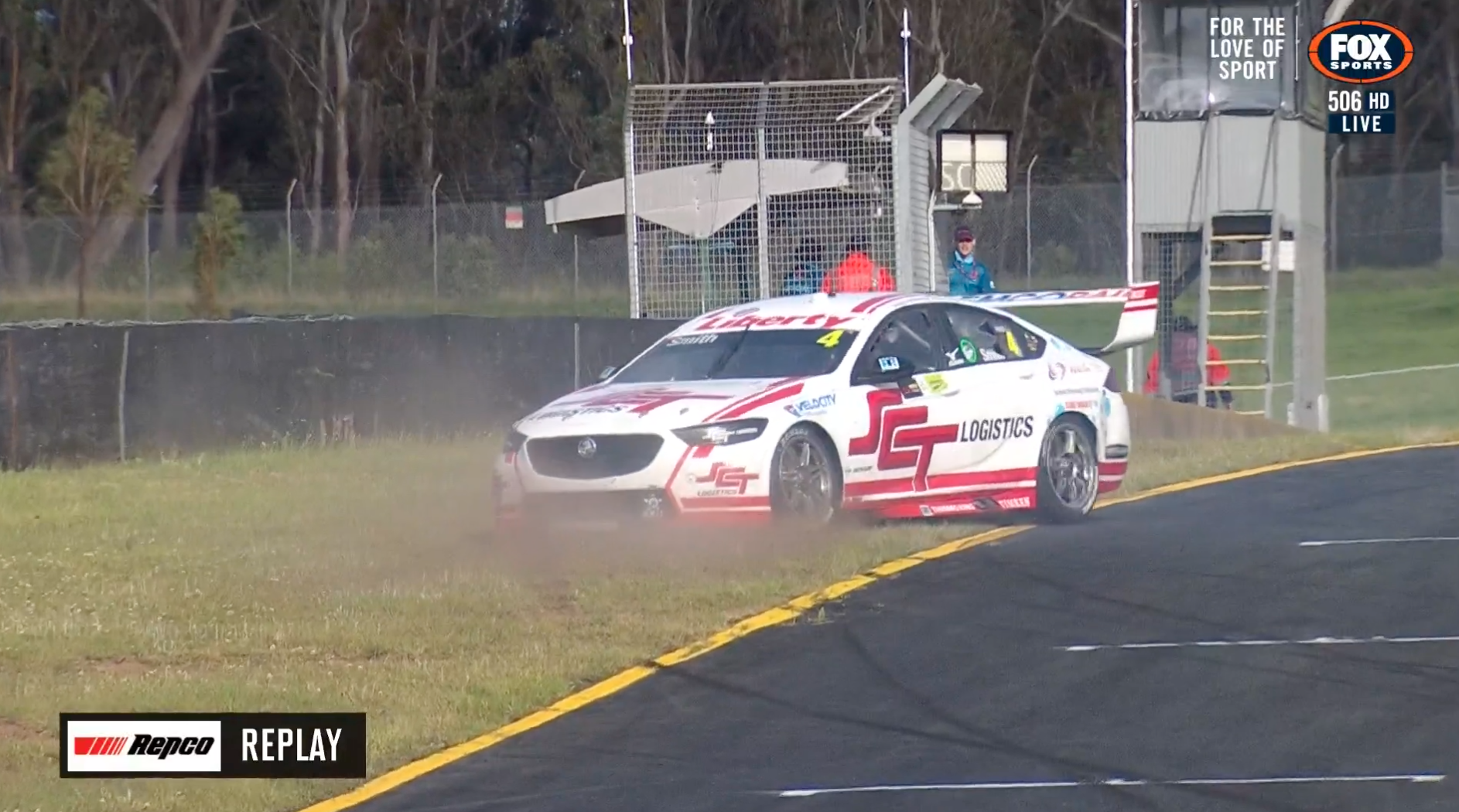 Kelly Grove Racing’s Luke Youlden has been handed a 15-second post-race penalty for his part in a Race 26 incident with Jack Smith.

Youlden and Smith came together shortly after a Safety Car restart during the opening 32-lap encounter at the BP Ultimate Sydney SuperSprint.

Contact from the #26 Ford Mustang out of Turn 5 resulted in the #4 Holden ZB Commodore spinning to the inside of the circuit and onto the grass.

Youlden, who is again subbing for David Reynolds this weekend, would go on to finish 18th prior to the penalty while Smith would wind up 19th.

Following the penalty, Youlden was relegated to 20th while Smith would climb one spot to 18th, as did Jack Le Brocq to 19th.

A stewards’ report read: “Following a Post-Race DRD Investigation and admission of a Driving Infringement by Car 26, Luke Youlden, contact with the rear of Car 4 at Turn 5 on Lap 21 the Stewards imposed a 15 second Post-Race Time Penalty on Car 26’s race time for Race 26.”

Of his day, Youlden said: “Not the best result for us today.

“We qualified back further then I know we are capable of, and I don’t think I did the car justice, though there is some room for development there too. Looking forward to tomorrow and giving it another crack.”

“Overall, solid result given our lack of speed,” he said.

“But we have some great direction, so we’ll be having further swings on both cars tomorrow as we look for the answers.”