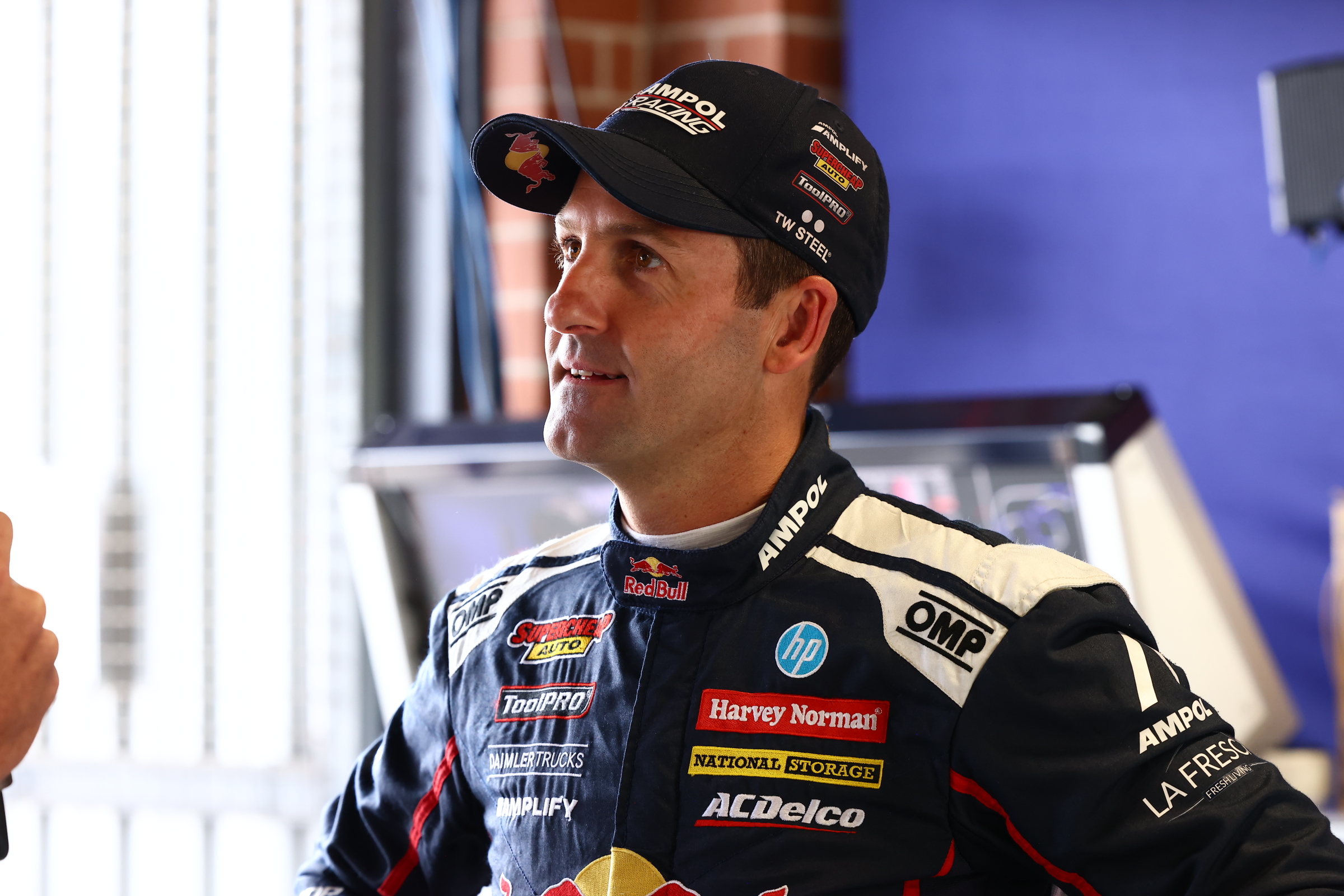 Jamie Whincup was left scratching his head after falling from the front row to finish fourth in Race 26 at the BP Ultimate Sydney SuperSprint.

The Red Bull Ampol Racing driver was second only to pole position-getter Anton De Pasquale, who went on to sweep Saturday’s running at Sydney Motorsport Park.

By and large, it was a tough 32-lap race for Whincup, who was initially slow away and then ceded position to team-mate Shane van Gisbergen on Lap 8.

The seven-time Supercars champion would pit for two right-side tyres on Lap 12.

A Safety Car intervention on Lap 19 would bunch up the field, allowing Erebus Motorsport duo Brodie Kostecki and Will Brown to mount a late assault.

Having pitted four laps later than and shod with four fresh tyres, Brown would pass Whincup for third on Lap 30 of 32, leaving him to fight with Kostecki.

In the end, Whincup claimed fourth while team-mate van Gisbergen finished less than four seconds ahead of him.

“I hated it, absolutely hated it,” said Whincup of his Race 26.

“It was painful. Anton just disappeared up the road, team-mate made me look silly, five or six laps in he just had that much pace he was about to run over me.

“So yeah, just painfully got the thing around to try to get some points.

“We just weren’t quick enough, we didn’t deserve a podium, so we’ll go back and try to work out what’s gone on.

“But no fun, unfortunately.”

Van Gisbergen, who climbed from fourth to finish second, came out just in front of De Pasquale after the pit stop sequence.

Like Whincup, the Kiwi only took right-hand side tyres while De Pasquale opted for the safer route in changing all four.

“I felt like I was keeping him honest, but he was just too far ahead, and I couldn’t bridge the gap and then he didn’t have to drive so hard so it just compounded,” said van Gisbergen.

“The pit stop was interesting as well. We had a different set of tyres but I was never going to hold them [De Pasquale] off, but we had to have a go and get an advantage for tomorrow’s races.

“It was a bit worrying with the Safety Car knowing that guys had pitted later with three and four tyres, but thankfully they took a while to come through the pack, and we managed to hold onto second.

“It was a really good result for the team, and hopefully we capitalise on it tomorrow.”

The first of two qualifying sessions tomorrow to determine the grids for Race 27 and Race 28 gets underway at 11:45 local time/AEDT.