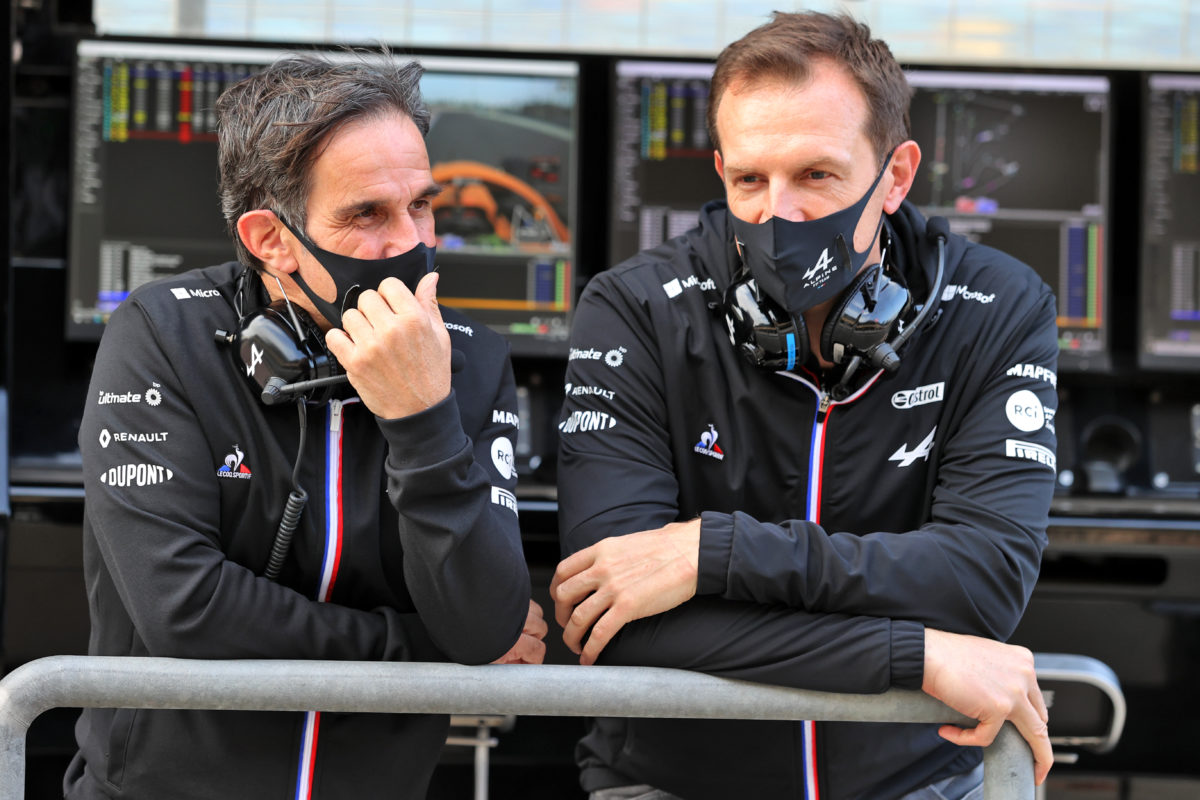 Davide Brivio will not rejoin the Suzuki MotoGP team according to the Japanese manufacturer’s project leader, Shinichi Sahara.

The Frenchman was a high profile defection from the squad last year when he took up a role with the Alpine Formula 1 team.

There, he’s formed part of a complicated senior management structure that sees responsibilities split between himself, Laurent Rossi, and Marcin Budkowski.

However, he’s lately been linked with a return to the two-wheeled world, coinciding with rumours Aston Martin team boss Otmar Szafnauer could be on his way to Alpine.

Should Brivio return to MotoGP, it will not be at Suzuki, according to Sahara.

“I’m trying to make a new structure for next year, to invite a new team manager from outside,” he said on Friday at the Valencia season finale.

“At the moment we are in are the final stages to fix this, but I can’t say anything about this.

“Davide is still my good friend. I sometimes speak with him on the phone, even during a race weekend.

“I really want him to have successful years in Formula 1.

“In the future I hope we work again with Davide in the same team but next year this is not the way for us.”

At Alpine, Rossi is looking to jump start the team, which has seen its march towards the front of the grid stall this season.

Though Esteban Ocon won the Hungarian Grand Prix, the squad is fifth in the constructors’ championship with 106 points – 149 down on McLaren in fourth.

It is also under pressure from AlphaTauri, which has enjoyed a stronger second half of the year, and which it is tied with on points (though behind in the championship owing to Ocon’s win).

Rossi, the CEO of Alpine, has stated that he’s looking at potentially making some management changes within the organisation.

Previously, Cyril Abiteboul headed the operation before his departure, at which point the current three-headed structure was put in place.

It’s been suggested the departure of Brivio would see that revert to a more traditional hierarchical model as used elsewhere.

That goes some way to explain why Szafnauer has been linked with the squad.

Team principal at Aston Martin, he would presumably come in to manage the operational side of the business, leaving Budkowski to focus on its racing aspects and Rossi to step back.

Szafnauer’s role at Aston Martin would be filled by Martin Whitmarsh, who previously held the same position at McLaren and recent joined the British marque.

Those suggestions have been robustly denied by Szafnauer both on social media and during Friday’s FIA press conference in Brazil.

“I too read those rumours a couple of days ago, and I was as surprised as anybody else,” he said when asked about the current situation.

“I just want to say, it’s always humbling and flattering for people to say, oh you know if Alpine are reorganising, I think Laurent Rossi said that in Mexico, and for the media to speculate that I could be wanted there.

“It’s always nice to be wanted.

“I’ve been at the team for 12 years, I have no intention of leaving. I love this team,” he added when asked if he could categorically state he would remain with Aston Martin for 2022.

“I have no intentions of leaving the team. I’ve been loyal to this team, I’ve had many, many offers in the 12 years that I’ve been working for this team, especially in the days of the bankruptcy and insolvency.

“I could have left many times, but I’m loyal to the employees there.”

Prior to his current role, Brivio’s career had been spent on two wheels, firstly in the World Superbike Championship and then MotoGP from the early 2000s.

He was team manager of Yamaha from the end of 2001, winning world championships with Valentino Rossi and Jorge Lorenzo before departing the manufacturer in 2010.

In 2013 he joined Suzuki ahead of its MotoGP return, remaining with the Japanese marque until the end of last season, which resulted in Joan Mir winning the world title.

Brivio was not replaced directly at Suzuki, with his tasks absorbed across a number of employees and something of a committee structure put in place.

His current role sees him as racing director at Alpine.