Miller, Gardner on top at Valencia

Miller, Gardner on top at Valencia 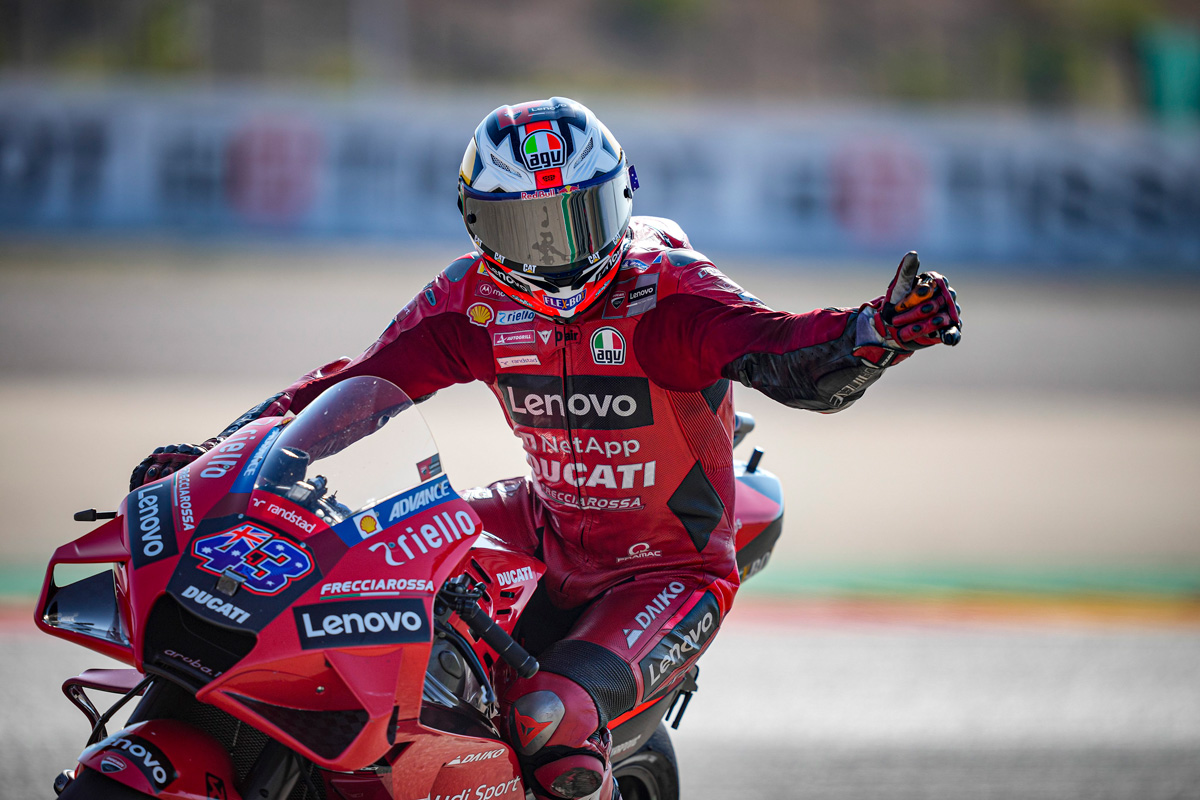 Jack Miller and Remy Gardner have finished the opening day of the Valencia Grand Prix on top of the timesheets in their respective classes.

Miller continued the Ducati Lenovo Team’s strong MotoGP form of late, setting a 1:30.927 in the second practice session that would ultimately represent the fastest time of the day.

That followed a wet start to proceedings at the season finale, with no rider bettering hometown hero Iker Lecuona’s 1:40.569 in Practice 1.

“I’m delighted with this first day here at Valencia, which is one of my favourite tracks on the calendar,” Miller surmised.

“The bike is working really well here, and both in the wet this morning and the dry this afternoon, I felt comfortable straight away.

“I had a small crash in FP1: I went wide in the first corner, but as soon as I touched the paint, it was like hitting the ice!

“Apart from that, I’m enjoying riding here, and I can’t wait to see what the rest of the weekend has in store for us.”

Among other notable riders was champion-elect Fabio Quartararo (Monster Energy Yamaha) down in 11th, while retiring legend Valentino Rossi (Petronas Yamaha SRT) was slowest of the 21 riders on combined times.

As for Moto2, it was tight at the top between Gardner and Red Bull KTM Ajo team-mate Raul Fernandez.

A 1:35.857 gave the Australian the upper hand at the end of session – but only by eight thousandths of a second.

“It was a good day because we finished in first position,” said Gardner.

“The dry laps went well and we have a good feeling on the bike.

“The goal tomorrow is to continue in the same way and finish our last weekend in Moto2.”

Gardner holds a 23-point lead over Fernandez and can seal the championship by finishing 13th on race day.

Gardner and Fernandez will both move up to MotoGP next year at Tech3 KTM Factory Racing next year in place of Lecuona and Danilo Petrucci.