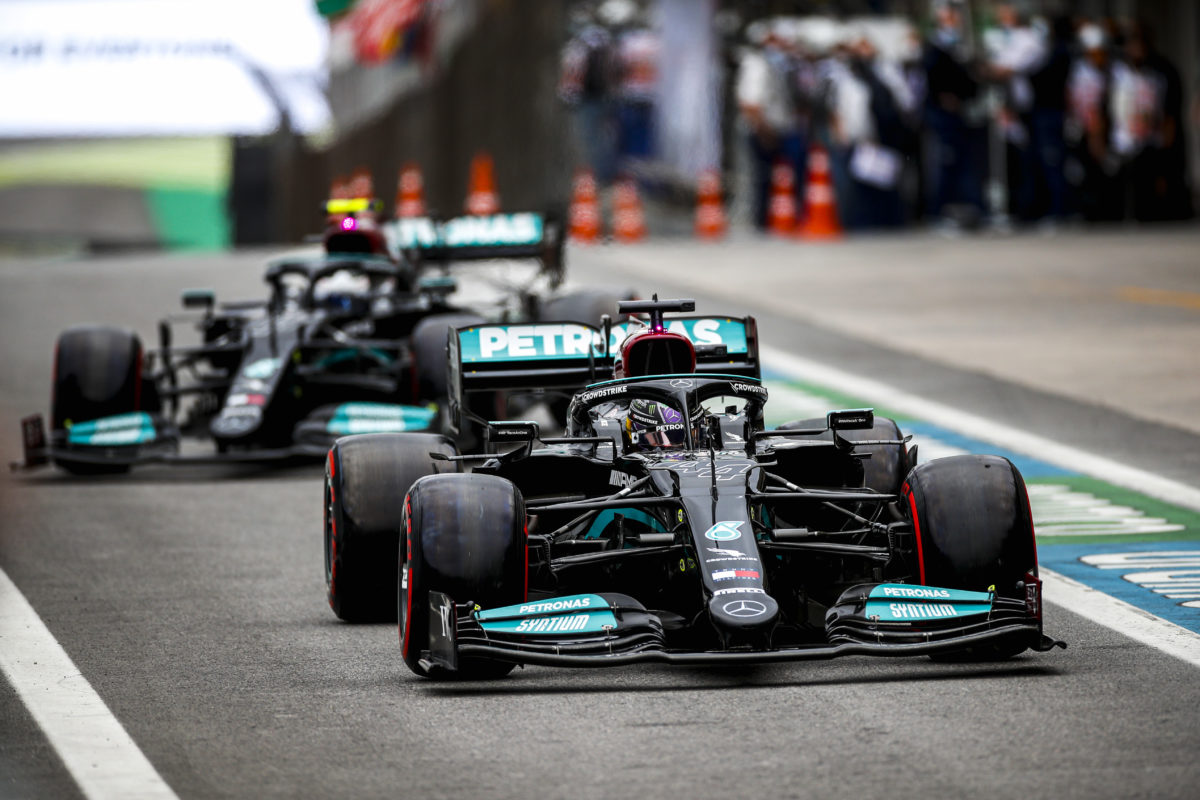 Mercedes will front the stewards over allegations surrounding its rear wing

Officials at the Formula 1 Sao Paulo Grand Prix have summoned Mercedes for an alleged breach of the sport’s technical regulations.

A team representative was summoned to meet with Stewards at 19:15 local time to discuss an alleged breach of Article 3.6.3 of the Formula 1 Technical Regulations, which pertains to the Drag Reduction System.

“The uppermost rear wing element adjustable positions were checked on car number 44 for compliance with Article 3.6.3 of the 2021 Formula One Technical Regulations,” read a note from the FIA technical delegate.

It’s been reported that the investigation came following a complaint by Red Bull over the rear wing on the Mercedes W12.

However, Speedcafe.com sources have stated those are wide of the mark, and the Mercedes wing failed a standardised test.

With the Sprint Qualifying format in play this weekend, cars are now in parc ferme conditions given qualifying has already been completed.

However, he already faces a five-place grid drop for Sunday’s race courtesy of a new internal combustion unit.