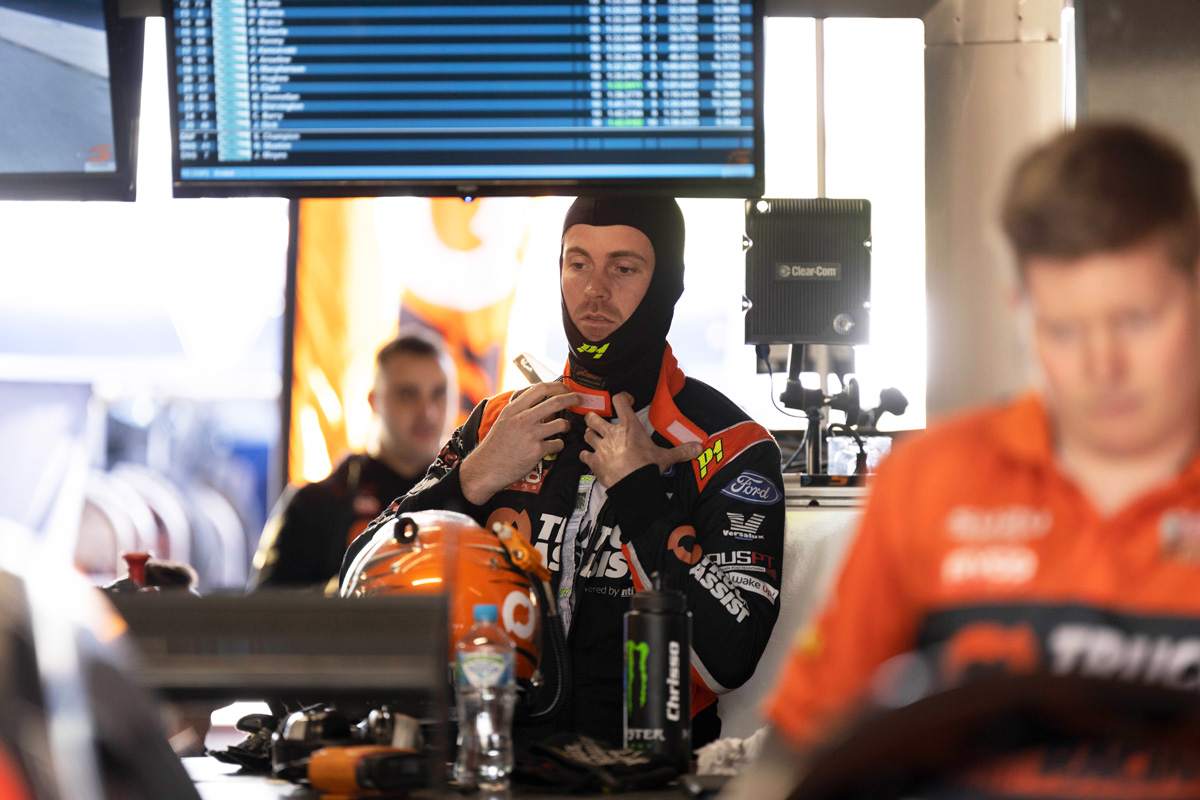 Outgoing Tickford Racing driver Jack Le Brocq has apologised for his role in a costly collision with team-mate Cameron Waters during Race 26 at the BP Ultimate Sydney SuperSprint.

The duo were involved in a multi-car battle for sixth upon a Lap 22 Safety Car restart when matters escalated on the exit of Turn 8.

Following contact between Brad Jones Racing’s Todd Hazelwood and Waters, the latter was then inadvertently spun into the fence by Le Brocq.

That caused damage to Waters’ #6 Monster Energy Mustang, which would finish just 22nd, while Le Brocq would wind up 19th after copping a pit lane penalty. Compounding the situation, the squad’s other entry, steered by James Courtney, had been more or less taken out of the competitive equation by a Lap 1 incident.

“First of all, I’m really sorry to Cam and the team, I feel horrible about it,” said Le Brocq, who will become Hazelwood’s team-mate at Matt Stone Racing next year.

“Obviously the Safety Car packed everyone up and we had a tyre advantage on a lot of cars ahead of us, so I was pushing really hard to gain ground.

“Coming out of the corner I guess I didn’t expect to have that much of a run on Cam and I didn’t realise he had a car inside of him either, before I knew it was too late and I was turning him.

“It sucks. Obviously we’ve had a challenging year in the Car #5 camp but we’ve been getting more and more competitive the last couple rounds and really had a shot at a strong result today, I’m just gutted it ended up the way it did.

“Hopefully we can redeem ourselves tomorrow with some better results.”

For his part, Waters described the situation as “really frustrating”.

“We stopped pretty early so the Safety Car obviously wasn’t what we wanted, it was going to be a tough slog to the end anyway but then I got tangled with Jack and ended up in the fence,” said the 2020 Supercars Championship runner-up.

“I had no idea what happened, but looking at the replay it looks pretty ugly.

“We spoke after and he apologised, he obviously didn’t mean it but it ruined both our races, so it’s very disappointing.

“I guess it’s almost a good thing we have two races tomorrow, we don’t have time to dwell on today, just have to press on to tomorrow.

“Huge credit to the team for fixing up the car and getting me back out there, every point counts so we’ll keep at it, and it’s only up from here so we’ll come back tomorrow and have a crack.”

The Supercars Championship field will be back on track at 11:45 local time/AEDT for the first of two 10-minute qualifying sessions.