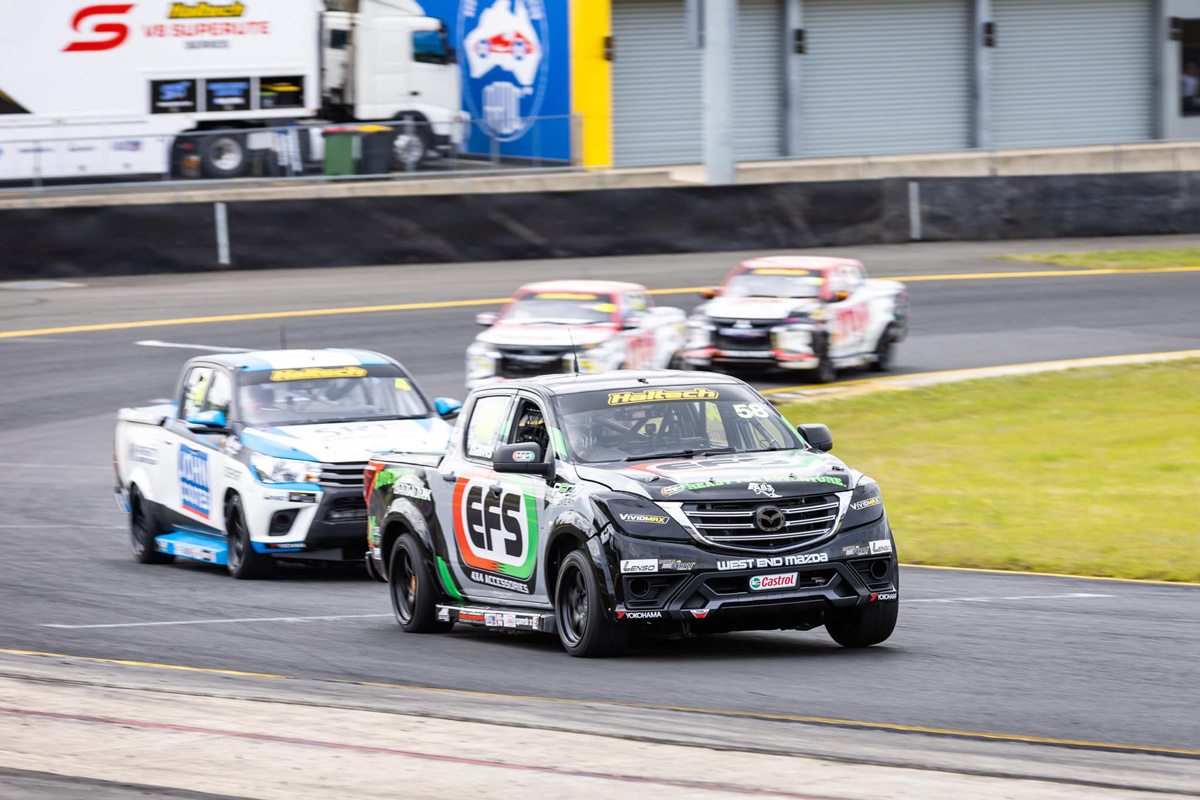 Ryal Harris ahead of Aaron Borg

Ryal Harris has emerged victorious from an intense race-long scrap for the lead with Aaron Borg in the weekend’s opening race of the Haltech V8 SuperUte Series.

Borg had soared to pole position earlier in the day, thumping the field with a margin of six tenths to his nearest rival.

That fellow front-row starter was Harris, who managed the better getaway and was able to take the lead immediately.

The four-time utes title winner would then throw everything at repelling the clearly quicker Borg.

The latter launched overtaking attempts lap after lap, particularly making use of a slipstream down the main straight to slingshot his way to be side-by-side through Turns 1 and 2.

Harris would repeatedly get his elbows out, and even when series leader Borg edged ahead on Lap 7 of 9, it wouldn’t be for long.

The next tour of Sydney Motorsport Park, Borg again found his way into the lead – a position he would relinquish after running wide at Turn 4.

Borg would then be forced to defend from Matt McLean, who’d charged to third.

Just behind, Craig Woods lined up Cameron Crick for fourth, the result seeing the latter spinning on the exit of Turn 2 on the final lap.

From there, the positions would remain stable, with Harris hanging onto top spot by less than two tenths at the chequered flag.

Crick and Sieders had run inside the top four for the bulk of the race, jostling on the opening lap after starting from the second row.

Another three V8 SuperUte races will unfold tomorrow, the first of which kicking off Sunday track action at 11:05 local time/AEDT.