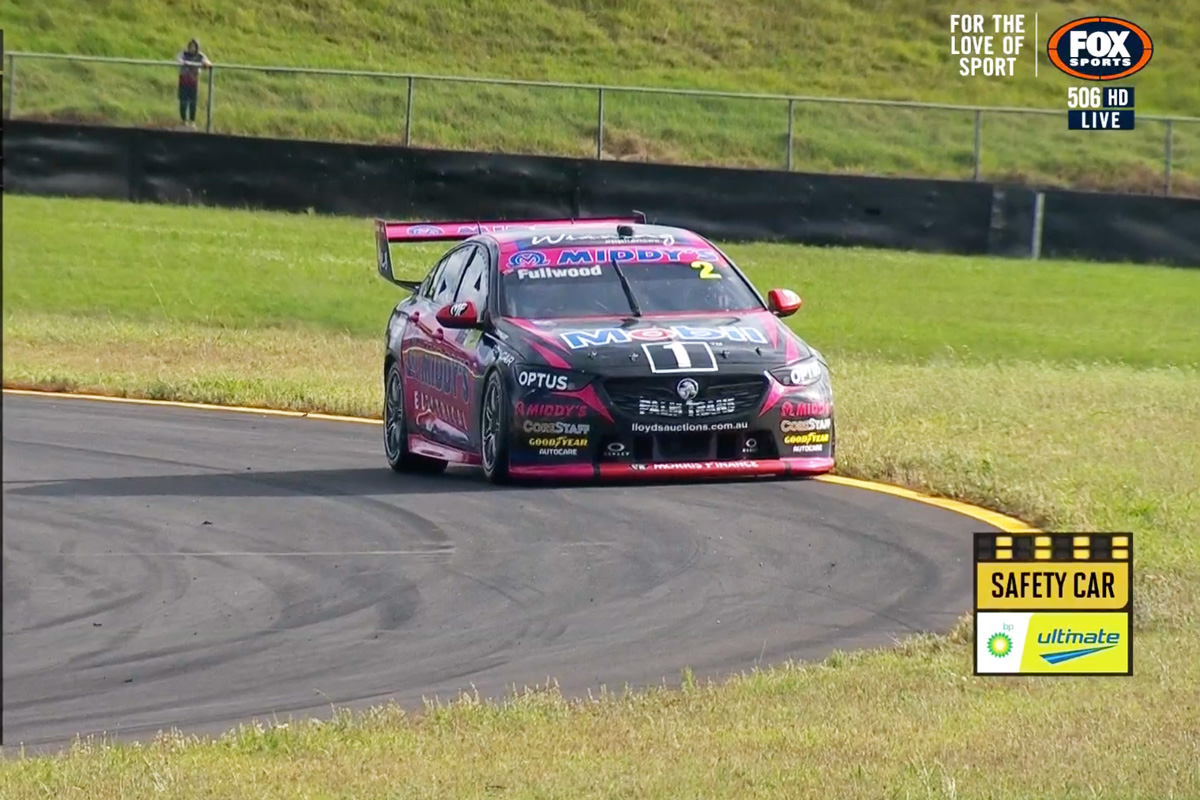 Bryce Fullwood has detailed the cause of his stoppage on-track that was the catalyst for a Safety Car intervention at the BP Ultimate Sydney SuperSprint.

Starting from the sixth row, Fullwood was the last of those somewhat in the running yet to make a pit stop – excluding James Courtney, who was spun on Lap 1 – when he ground to a halt at Turn 3 on Lap 19.

With the #2 Walkinshaw Andretti United entry stranded, the Safety Car was deployed, setting up a grandstand finish to Race 26 of the season.

An alternator failure was to blame for Fullwood.

“So, Lap 3 I think the boys were telling me that the alternator had died so I started getting a heap more warnings so I turned all my cooling aids off straightaway,” said Fullwood.

“I think they tried to call me in and I heard the [radio] channel open and then everything died, the screen went dead and the car was still going.

“I looked in the lane, I couldn’t really see anyone setting up so I wasn’t sure but I was a long way away at that point and as soon as I got into Turn 1 it just died so it’s a real shame, but it is what it is.”

Despite the no-points result, Fullwood remains 17th in the Repco Supercars Championship standings.

Another couple of 32-lap races will take place tomorrow, with main game action commencing at 11:45 local time/AEDT for Qualifying for Race 27.