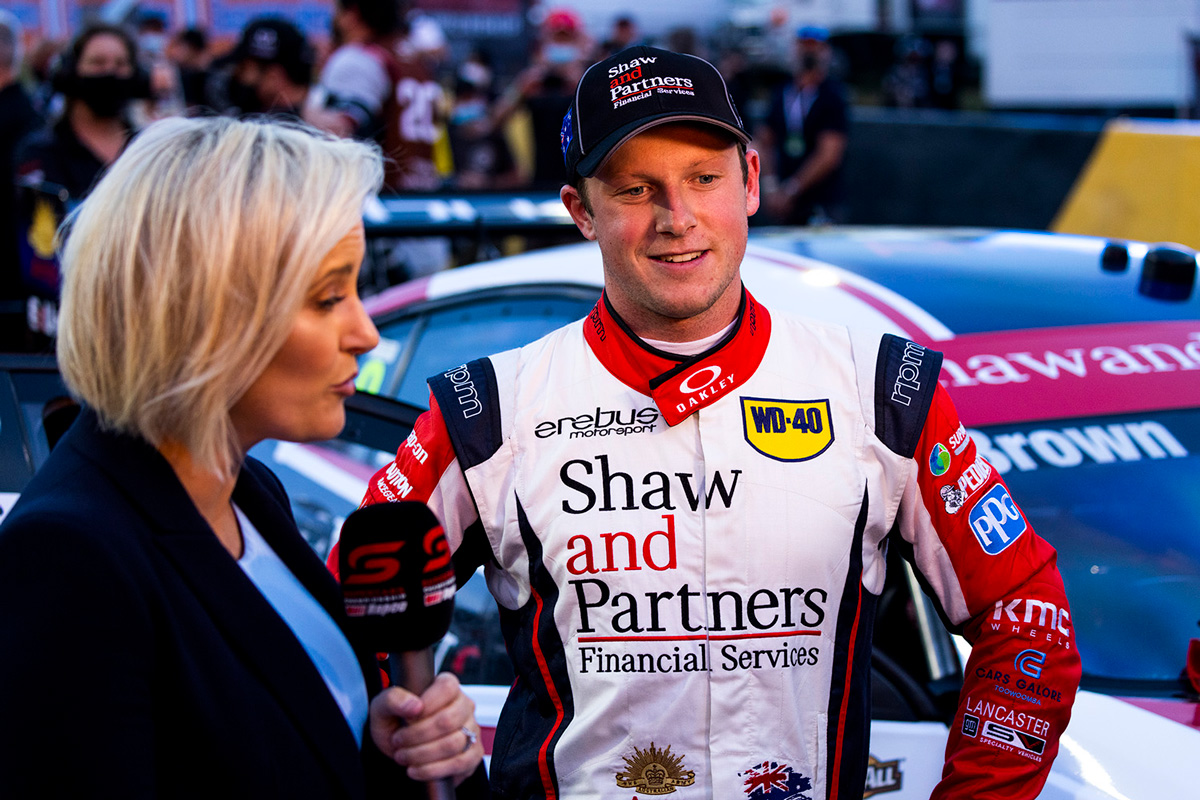 Will Brown is excited by the future that lies ahead with Erebus Motorsport after stamping his authority on the championship in the past fortnight.

Forever a highly regarded talent, Brown and Erebus have been red-hot since the 2021 Repco Supercars Championship resumed.

Entering the third leg of the Sydney Motorsport Park quadruple-header, Brown has three front-row starts including a pole position, plus a podium, to show for from six races.

Two of those podium-less races only unravelled in the pits too, on both occasions having shaped as a victory contender.

Still, all of a sudden, the 23-year-old rookie sits eighth in the standings, directly ahead of two Supercars champions in Mark Winterbottom and James Courtney.

“If somebody told us this at the start of the year, I probably wouldn’t have believed them,” Brown told Speedcafe.com.

“I know that we have fast cars and I know that I can drive; when we had a change of drivers and engineers at the end of last year, probably a lot of people thought Barry [Ryan, Erebus CEO] was crazy taking on two rookies in the team, but it’s been great to repay him.

As experience grows and relationships deepen, Brown and the team should logically become more and more of a threat to the established front-running outfits.

“The further we get into this year and into this championship with the team, you just see the consistency getting better and better, so I think we’re just going to come on stronger and stronger,” he said.

And while Erebus has not been considered on quite the same level as Dick Johnson Racing or Triple Eight Race Engineering as far as heavyweights go, the recent run of form shows he needn’t look elsewhere to achieve his ultimate goals.

“I want to get a championship and I’m sure Erebus want to do the same thing,” the Toowoomba product declared.

“That’s what we’re both building towards. I guess it’s a rebuild year this year in a way but we’re doing just as good of a job so we’ll keep working hard and that’s what we’re aiming for at Erebus one day.

“And I think Erebus have shown in 2017 with winning Bathurst and Dave being fifth in the [2018] championship that they can one day be contenders.

“I have still got a lot to learn to get to that stage but it’s only my first year.

“I’m not getting ahead of myself and thinking that’s going to happen straightaway but I hope that we can take that journey on together.”

Brown will be out to continue his form at the BP Ultimate Sydney SuperSprint today and tomorrow.