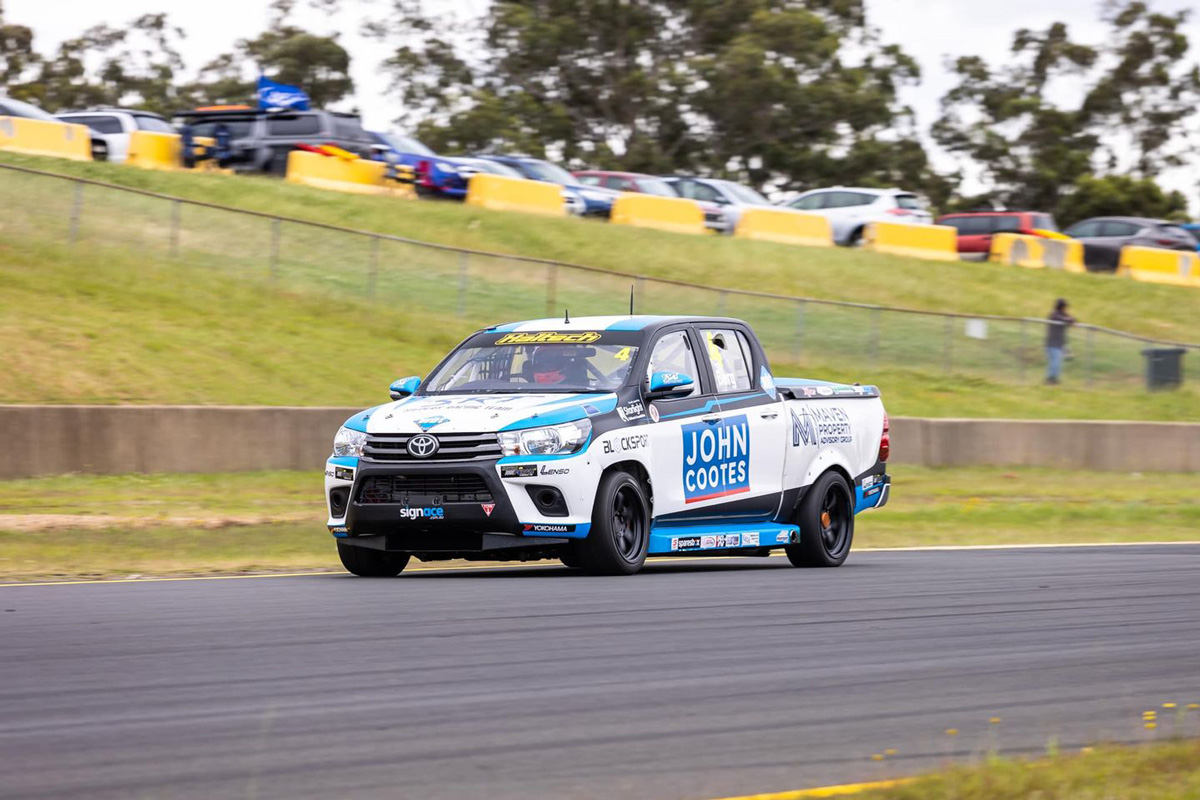 The Toyota Hilux driver wasted little time in laying down an impressive marker, setting a 1:45.3758s in the first half of the 20-minute session.

Such was his lap that nearest rival Ryal Harris, sitting six tenths adrift, didn’t bother to return to the track for a shot at toppling that time.

“This is their home track, their test track.

“I always race better than I qualify so we’ll see if [Cameron] Crick and [David] Sieders go faster; if they do, then we’ll have to wheel her out and have another crack.”

Crick and Sieders indeed did not move ahead of Harris, leaving the top two championship contenders to share the front row.

Crick and Sieders will start third and fourth, ahead of Craig Woods, Matthew McLean, Jaiden Maggs and Gerard Maggs in eighth.

V8 SuperUtes debutant Ellexandra Best was ninth, with Craig Jenner and Michael Formosa rounding out the 11-car field that ran.

The category’s opening race of the weekend will start at 15:40 local time/AEDT.