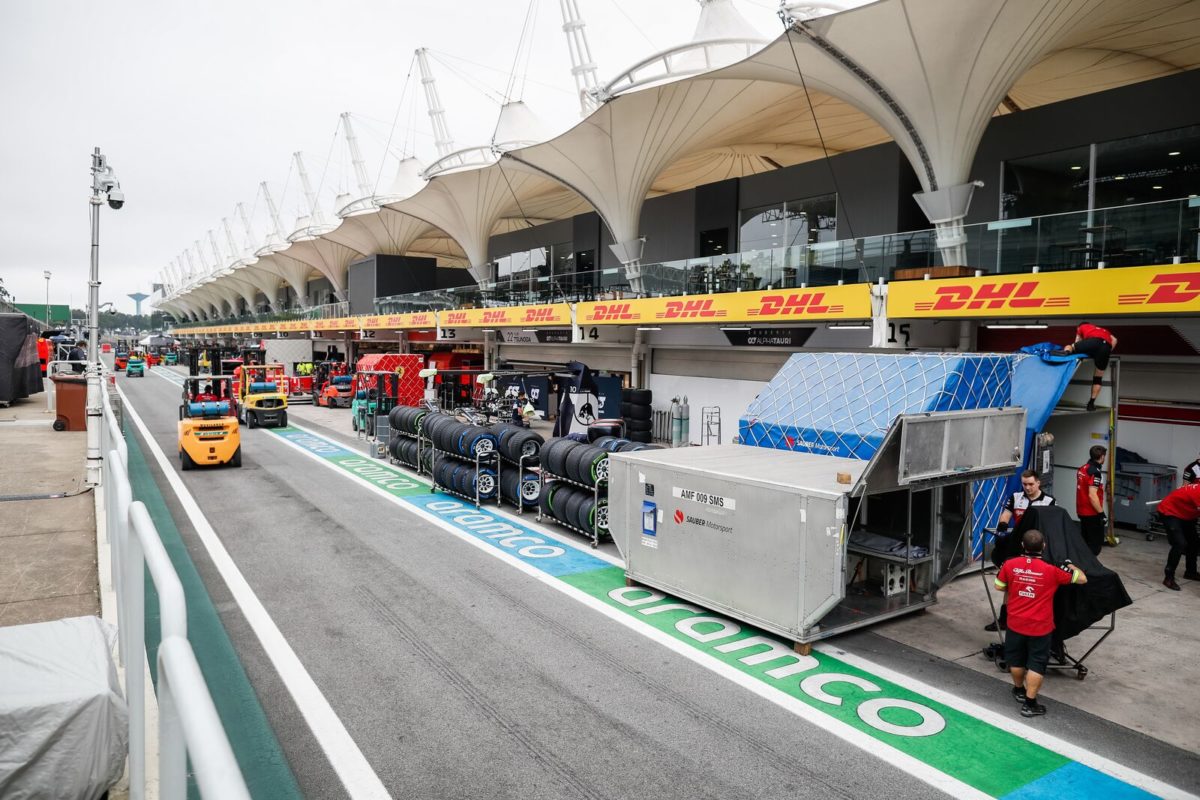 Teams have been granted additional time to complete preparations ahead of this weekend’s Formula 1 Sao Paulo Grand Prix following a freighting delay.

An extra 15 hours has been given to teams to complete initial scrutineering as some look to work through the night to be ready in time for Free Practice 1.

Reports suggest Ferrari, McLaren, Alfa Romeo Sauber, and Haas were impacted by freight delays, understood to be linked to heavy weather earlier in the week.

There were suggestions on Wednesday, when the problem first arose, that the weekend schedule may need to be tweaked to accommodate the delay.

With the freight having now arrived in Brazil, Haas team boss Guenther Steiner suggests it’ll just be a case of the teams working hard to make up for lost time.

“The guys just have to work through the night, that’s the only thing you can do,” he said.

“I don’t know if they need to work through the night, but it will be for sure a late night, and all the rest with the regulations has been changed as of this morning – that the curfew and the scrutineering times that has been all adjusted.

“We can still do the event as planned, not change to the timetable of the event.”

The event is the second part of a triple-header, which started in Mexico City last weekend and ends with the inaugural Qatar Grand Prix next weekend.

“I think if this delay happens going to Qatar it would be a struggle,” Steiner warned.

“I think for Qatar, it’s also the people.

“It’s a long flight from here, the guys break down the garage, break down the cars, and then ship them and then jump on the plane for I think it’s about 15-hour flight to get there, plus the time difference going ahead.

“So I think the next week will be pretty tough.

“But, if you have got this issue next week, it has bigger consequences than this week.”

Opening practice in Brazil begins at 02:30 AEDT on Saturday morning.