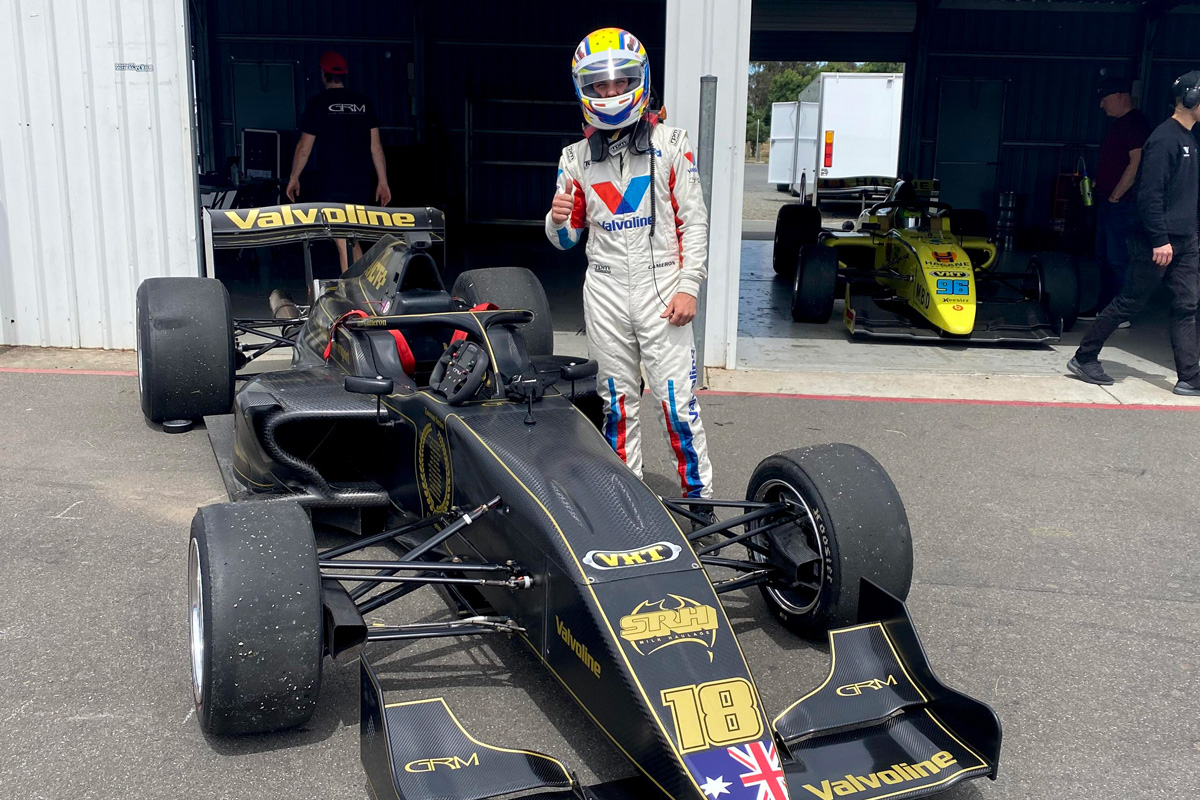 The 21-year-old will drive a Garry Rogers Motorsport entry featuring a livery inspired by the JPS Team Lotus scheme that Mario Andretti and Ronnie Peterson carried to a one-two in the 1978 Formula 1 world championship.

Valvoline is the connection to that black and gold design, having supported JPS Team Lotus at the time and GRM nowadays.

Having recently jumped behind the wheel of an S5000 for the first time, Cameron returned to Winton yesterday for a full test ahead of the two-round series.

“It’s been an interesting mindset change but so far it’s been great,” he said.

“I raced Formula Ford for a year and it’s great fun to get back into an open-wheeler, though this has a lot more horsepower and more aero.

“It was a bit of a surprise when Barry [Rogers, GRM director] mentioned it. We were at the shakedown day for the TCR cars and he said ‘make sure you hang around until the end’ and they let me have some laps in the car.

“One thing led to another and now I’m racing one.

“I’ve had to get rid of the peaked section on my helmet, grab a tinted visor. I’ve had to clean my helmet because it’s got bugs all over it.

“They’re insanely powerful, which is fun; compared to a TCR car there’s a lot of power to play with. They don’t have huge aero, but there’s still enough aero to use it effectively and I’m still figuring that out.

“The lack of power steering compared to the TCR car has been noticeable – my arms are feeling it.

“I’ve always got expectations on myself and I’d like to walk away with a top five – that would be a great result given the limited prep and laps. We’ll see how it plays out.

“The guys I’ll be racing are super competitive – there are no slouches in the S5000 field.” 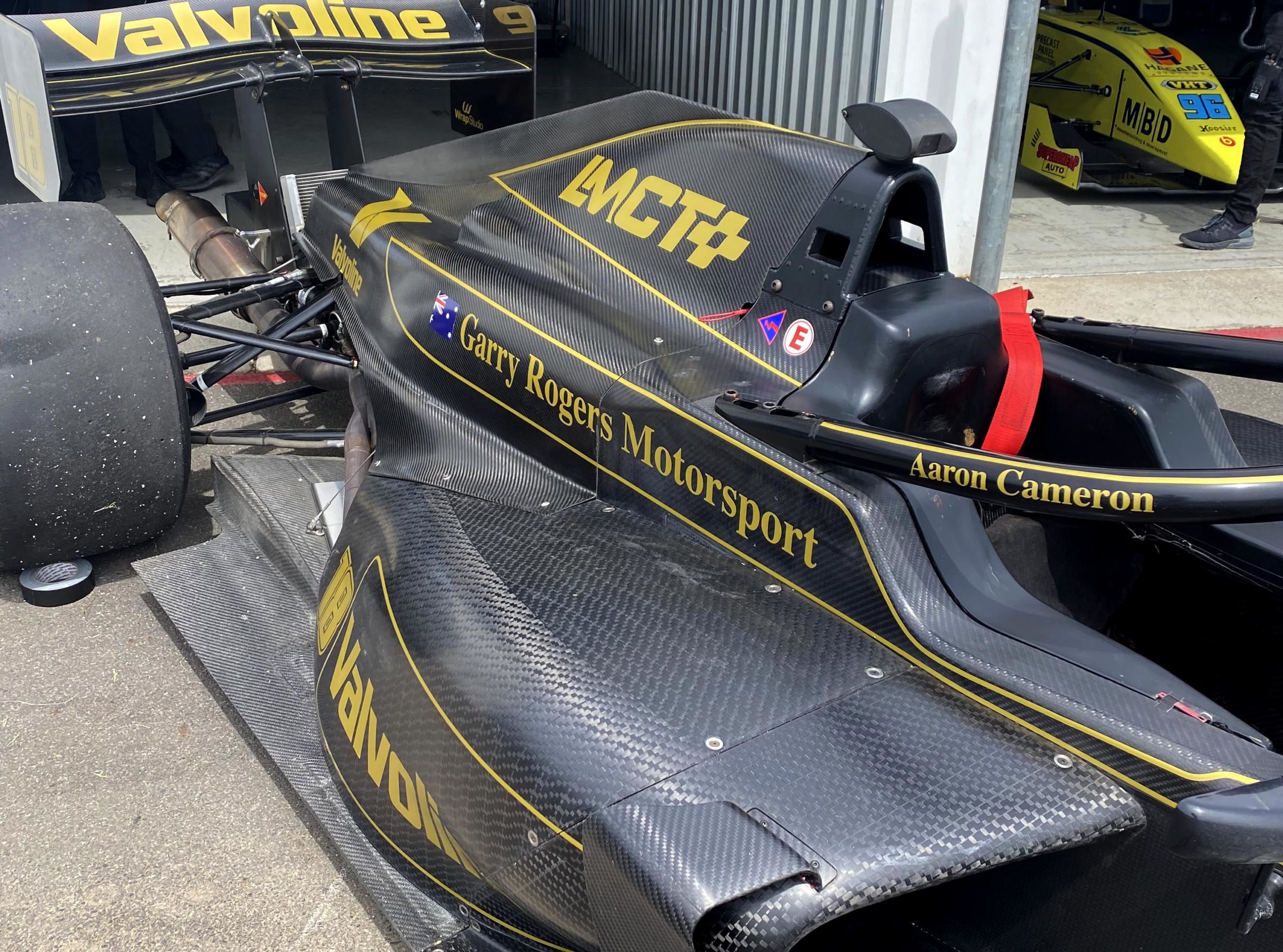 Rogers added: “Aaron is a great talent and has been one of the group of young drivers part of the GRM programme that we really get motivated by. He’s shown his talent in the TCR cars.

“He recently had a run with WAU [Walkinshaw Andretti United] and did a great job, so we thought ‘why not give him a run in the S5000?’

“Valvoline have been very supportive and have jumped onboard to support Aaron at Sydney Motorsport Park. We were looking for ways to tie in their support with their long history in motorsport, and in particular open-wheel racing, and that’s how we came up with this livery.

“It’s modelled on the 1978 JPS Lotus livery, which featured Valvoline as a major sponsor. It’s an iconic livery and an iconic car. It’s pretty nostalgic to have it on the car.

“We also have a list of the Tasman Series champions on the car, which we think is important as it shows the importance of the series.

“To get that award back on the table, over seven races the driver that wins it is going to be in elite company – it’s something to aspire to. Not many can say they have that name on that trophy.”

The S5000 Tasman Series will be held across two Supercars events: the Beaurepaires Sydney SuperNight on November 19-21, and the Repco Bathurst 1000 on November 30 to December 5.