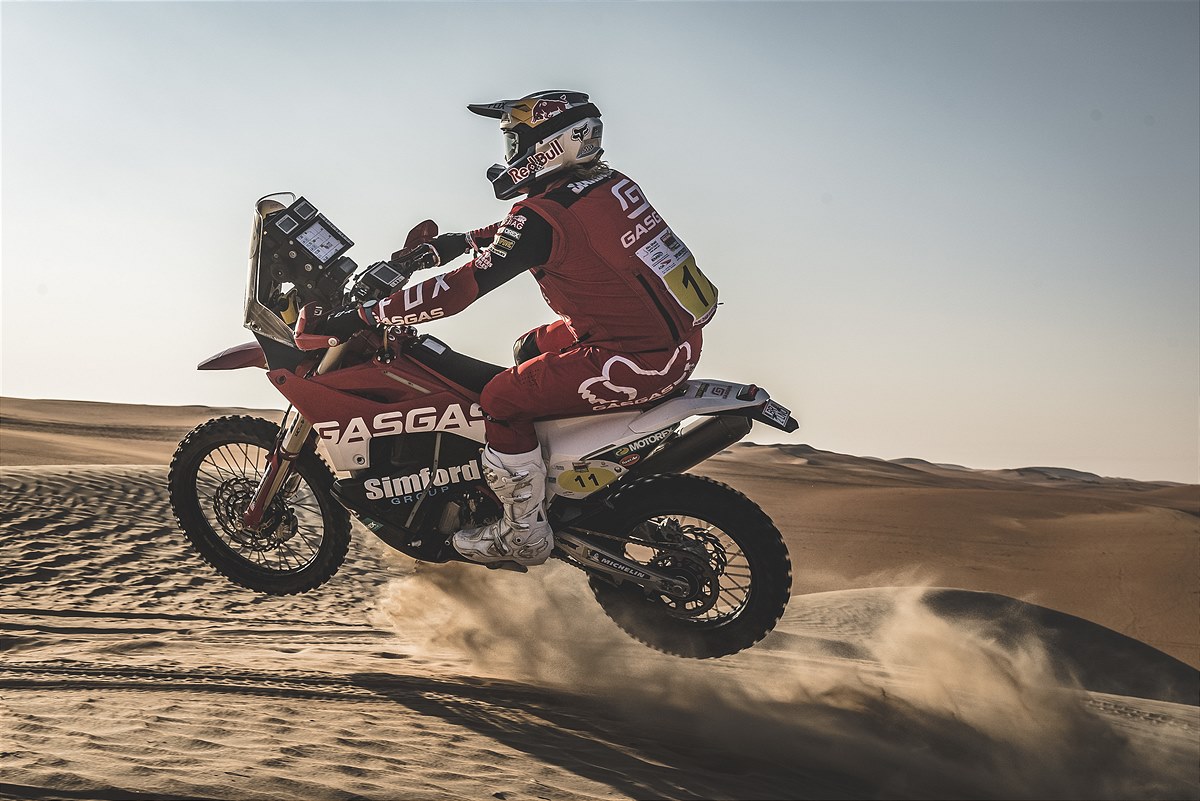 Daniel Sanders has pushed his bike to an overall finish of 12th after running out of fuel on the final stage of the Abu Dhabi Desert Challenge.

It was GasGas Factory Racing’s Sanders who had started Stage 5 holding second overall and, having been fourth-quickest on the day prior, had a favourable position in the road order.

The Australian went out hard but, with no refuelling stop, that turned out to be too hard.

Sanders backed off but his bike still ran dry around 200m before the finish line, and he would be officially credited with a stage time of exactly six hours, the slowest of the 14 riders.

“The last day has obviously been a huge disappointment for me and the team, but that’s racing – I guess you have to take the smooth with the rough,” he said.

“I started really well and was making good time through the dunes at the beginning of the stage. I realised about halfway through that with no refuelling in the stage, and the type of terrain we were racing through, fuel was going to be a problem.

“So, I tried to ease my pace as much as I could. Unfortunately, it wasn’t enough, and I eventually ran out.

“Obviously, it’s not the best way to end the rally, especially after such a strong year but I’m pleased with how I’ve ridden, not just in Abu Dhabi, but over the whole season.

“My pace here has been really strong, I won a stage and did a good job of leading out after that.

“Again, it’s not the way I wanted to end the season, but as it’s just my first full year in the championship, I’m definitely pleased with how I’ve progressed and raised my level.

“Although the result here has knocked me back a little, I’ll just take the positives and look ahead to the Dakar in January.

“I’ve really gelled with the bike – my navigation is always improving, and my pace is definitely there.

“We’ve got less than two months till Dakar, and I’m going to be ready!” 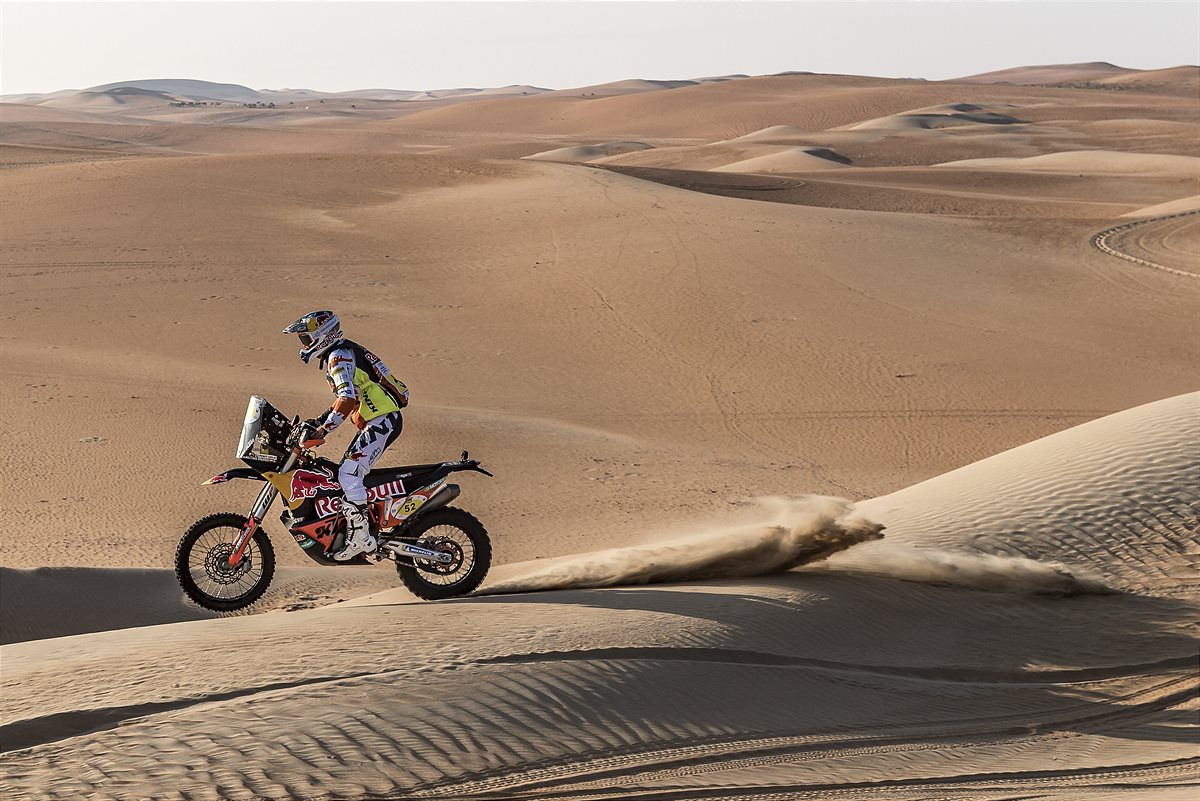 Walkner had already wrapped up the FIM Cross Country Rallies World Championship title with a round to spare but also took out the final round in Abu Dhabi.

That was despite topping only the Prologue, with the Austrian then finishing every single stage proper in second position.

“The stage was really long without a refuelling point and so towards the end I had to slow down a lot to conserve fuel. It’s part of our sport that you can have four good days and then nearly be caught out in the last few kilometres.

“Thankfully, I made it to the finish line and am really happy to win the last race before Dakar.

“The team did a really good job all week and the bike has been perfect.

“The whole year has been fantastic for me – with the help of the team, we have all worked really closely to bring the success we’ve had. I have ridden well and not made any big mistakes, or suffered any injuries.

“I’ve learned a lot, even from this week riding in the sand, which is normally not my best terrain to race in. My riding has improved, and we’ve found some good set-ups for the bike, too.

“Overall, it’s been an incredible season and to top it off by winning the last race really helps my confidence.

“The big goal is of course now Dakar, it’s not far away, and I’m really looking forward to it.”

In Cars, Toyota Gazoo Racing’s Nasser Al-Attiyah claimed event honours by over 20 minutes despite finally being beaten on a stage.

The 2022 Dakar Rally starts with the Prologue on New Year’s Day in Ha’il.