Rossi: Lifting profile of MotoGP ‘the best thing of my career’

Rossi: Lifting profile of MotoGP ‘the best thing of my career’ 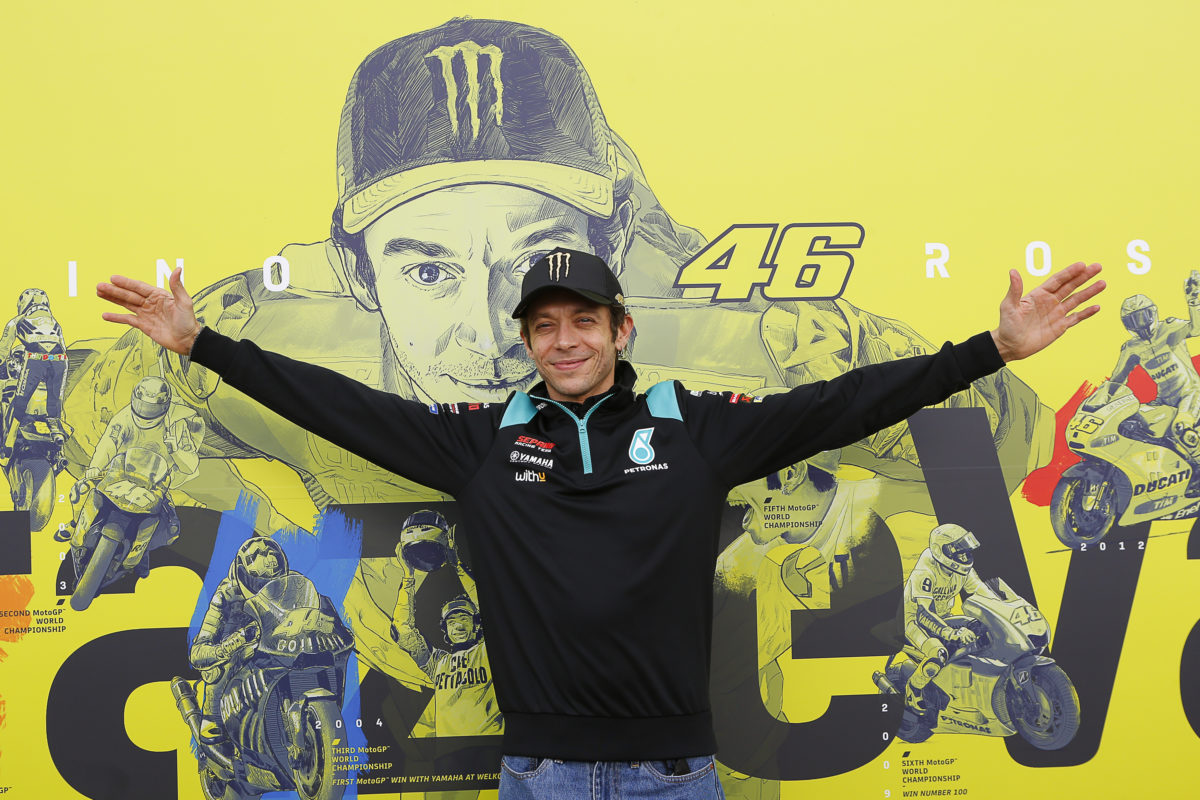 Valentino Rossi says that making MotoGP popular around the world is the biggest positive of his career.

Rossi brings down the curtain on an extraordinary career this weekend when he makes his final start, in this weekend’s Valencia Grand Prix.

It will mark the end of 26 seasons in grand prix motorcycle racing, including 22 in the premier class, during which time he has won seven MotoGP/500cc championships and one each in the 250cc and 125cc classes.

Rossi announced his retirement upon the resumption of the season from the summer break, at which time he was widely hailed for lifting the profile of the category.

Now, he has had time to reflect on that himself, as he prepares for his 432nd and final grand prix start.

“From Austria in these last months, I can understand better because before I always looked at my career in MotoGP – all the seasons and all the races – from inside,” explained the 42-year-old.

“It’s like you are in a tunnel. I think it’s the same for most riders. It’s very difficult to step back and understand what happens around you, because you are concentrating on one corner, one sector, one practice, one position.

“Anyway, it’s a great feeling to understand also more from outside. I’m very proud and very happy for sure.

“I think that the most positive thing is that a lot, a lot, a lot of people started to follow MotoGP to follow my career. MotoGP became bigger, better, and more famous around the world.

“It’s good to understand that during my career I became something different – something like an icon – and this is a great, great pleasure, even if for a rider it’s always more important what happens on the track; the results.

“But I think this is the best thing of my career because [motorcycle racing] was always my first passion, so to help improve the sport and make a lot of people, young or old people, follow the races is a great feeling.”

Rossi was greeted by his peers and a bike from each of his championship-winning seasons on the eve of this weekend’s season finale.

He admitted that it will be impossible to have a normal weekend, given the magnitude of what is about to happen.

“It’s a particular season especially in the second part after I said it’s my last one,” he noted.

“The last race is… I want to try and make it normal but it’s not possible.

“It’s a great emotion, and already from today to see all the bikes together, all the riders from MotoGP here all together is a great feeling. We’ll see.

“I’ll try to give the maximum during the weekend, I hope we can have good weather, especially for Sunday, and we’ll see.”

Rossi predicted last year that, whenever he did end up riding his final race, it would be a sad occasion.

However, he expects not to cry.

“I don’t know sincerely what happens after Sunday’s race,” said the Italian.

“I hope to make a good race, arrive at the end and I think I cannot predict my feelings. But usually in all the special moments I laugh and enjoy.

“I don’t cry a lot. My character is like this. I hope not to cry, sincerely.”